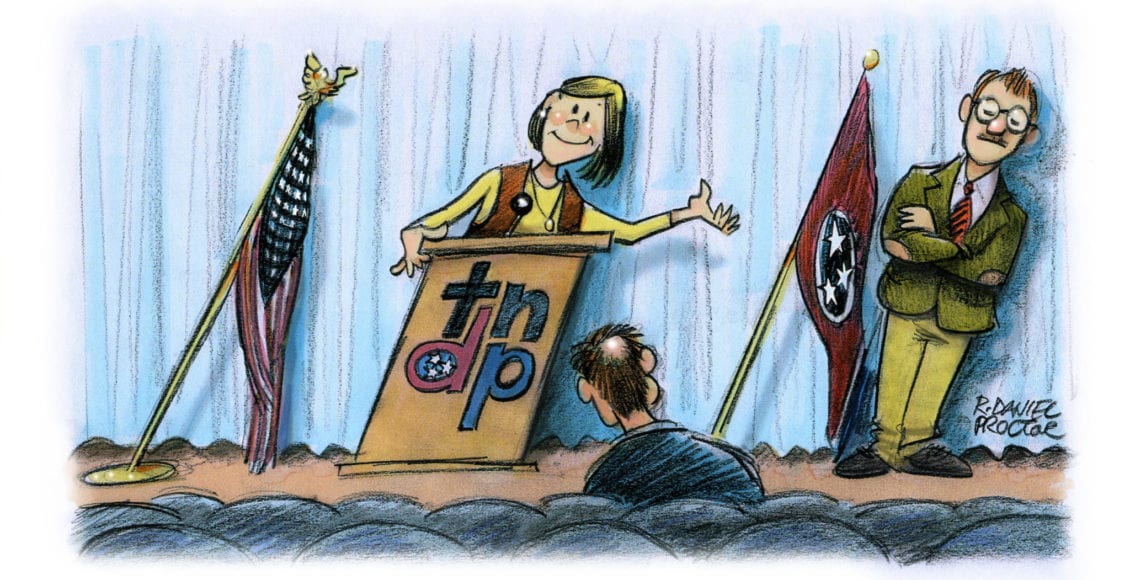 How far left can Tennessee Democrats lean without falling down?

The Super Tuesday presidential primary, which includes Tennessee, is only 10 months away, March 3, 2020. What a dreary thought.

Americans in the last decade entered into an era of year-round, non-stop political campaigning. Not that it hasn’t always been with us; however, it wasn’t so loud. Among the reasons: the internet, social media, cable television, political talk radio, increasingly partisan mainstream news, or some combination thereof. It’s relentless.

National Democratic candidates are running a Race to the Left. This means that Tennessee is an electoral vote write-off for the Democrats. However, in a competitive party primary, candidates still want Tennessee’s convention delegates. But what will Democratic presidential candidates say and sell in the Volunteer State? Philosophically speaking, with history as a guide, what they’ll promote in the primary to their political base helps to doom them in general election.

Abortion? Tennessee’s to-this-point dwindling number of Democratic state legislators aren’t all for one, one for all on the subject, as a Nashville Tennessean headline announced in February: “Tennessee Democrats are conflicted on abortion. Why this House leader is crossing the state to talk about it.”  But in the same story, state party chairman Mary Mancini is indirectly quoted as saying Tennessee’s party platform is clear, that women should make their own choices on abortion.

Immigration? Medicare-for-All? Free college? Pick the issue, and the probability is high of Democratic candidates leaning so far left they’ll have to prop themselves up with their left hands to keep their bodies from hitting the ground.

What 2020 will reveal is whether Democrats are making any headway in a state they once dominated. Since 1994, Bill Clinton’s first election, Tennessee Democrats haven’t just been on a downward glide slope: they’ve crashed into a mountain. Will they rebound from the national party’s leftward lurch? Will Republicans lose or gain even more legislative supermajority ground?

How to know? One method is to wait until Election Day. But that’s no fun. Polls of Tennesseans will appear as frequently as mail solicitations for extended warranties. The following is a quick guide to discern which polls actually matter.

Polls of adults: Politically useless, except for amusement. There’s no way to know if they’re even registered voters.

Likely voters: the best, but also the most expensive. Even then, how was the sample weighted in terms of party affiliation, age, voting history, educational level, and other demographic factors. Were the questions objective, or leading to a desired answer? Who paid for it? Are the results remarkably akin to the sponsoring organization’s political objectives?

The above three polls are what the public sees. Well-funded campaigns have the benefit of sophisticated internal campaign polling. To know what their polls say, listen to what the candidates say. They don’t have to worry about offending a majority of Tennessee voters: they do that just by being liberal Democrats. Between now and Super Tuesday will be an endless diet of political campaigning, with everything that represents. What a dreary thought.