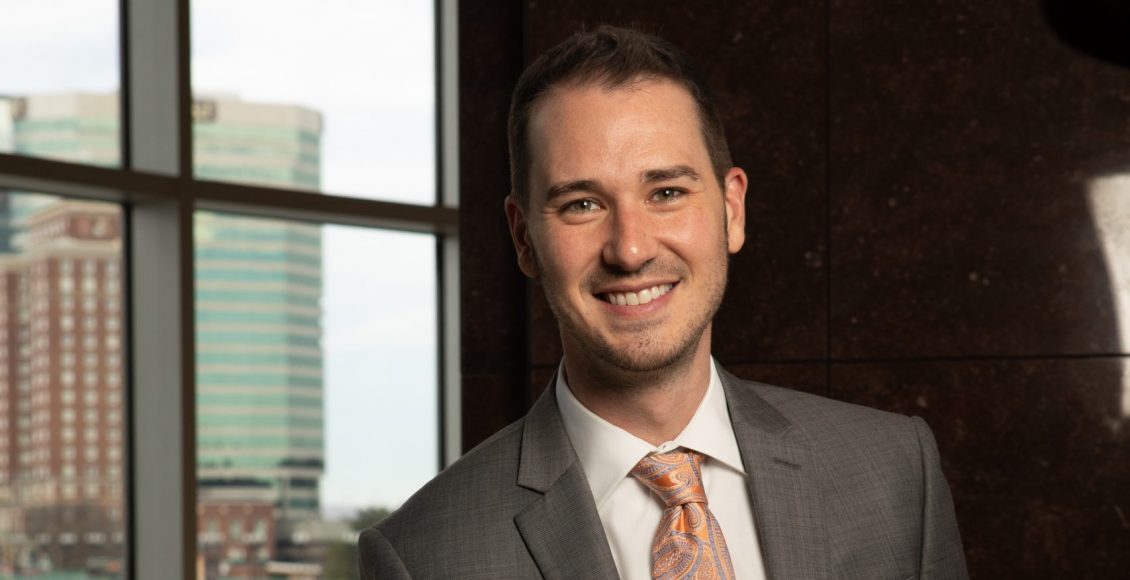 Aaron Richardson In an alternate universe, Aaron Richardson may very well be a dentist. Fortunately, in this realm, Aaron took quite a different path. Graduating from UT Martin with a degree in cellular and molecular biology, his original intent was to go to dental school. “It was the family business on my mother’s side,” he says. But upon finishing school, that career was the furthest thing from his mind, and he found himself going in a different direction. Fortunately, another opportunity presented itself. “I lucked out, honestly,” he says. “I fell on a nonprofit and never looked back.”

With the help of friends, Aaron found a part-time opportunity with March of Dimes in Chattanooga. That experience began to reinforce his passion for service and awaken a deeply rooted sense of community. As he began to familiarize himself with the organization, he was soon called upon to do a little bit of everything, and in doing so, he started to really connect with donors and volunteers to serve a higher cause.

“I think that’s where my love for nonprofits started taking me,” he says. “I had an opportunity to sit down and connect with these individuals and find out why they were so passionate about an organization.”

This chapter with March of Dimes opened doors for Aaron, which led him to a position at Zoo Knoxville. He jumped at the chance, excited to take on a challenge that would help both people and animals. “That’s always been my goal in life,” he says, “to make a lasting impact where you can and as big as you can.”

Serving as the organization’s Major Gifts Officer and Donor Relations Coordinator, Aaron did just that, working tirelessly behind the scenes to put on the nonprofit’s yearly gala, Zoofari, along with a slew of other responsibilities involving both leadership and support roles to ensure that Zoo Knoxville received the funding it needs to serve our vibrant community.

Now, a volunteer on the committee, Aaron has recently accepted a position with Regal Cinemas and is looking forward to transitioning his skills to the for-profit arena.

Apart from his professional work, Aaron stays active in the community, serving on both the Tennessee Alumni Association Advisory Council and the board of Nucleus Knoxville. It all comes from a place of love for both this city and the people who make it great. “Knoxville is such an amazing community,” he says. “We’re a great central hub to some amazing things. We’re not just a stop to get somewhere else. We truly are a destination.”