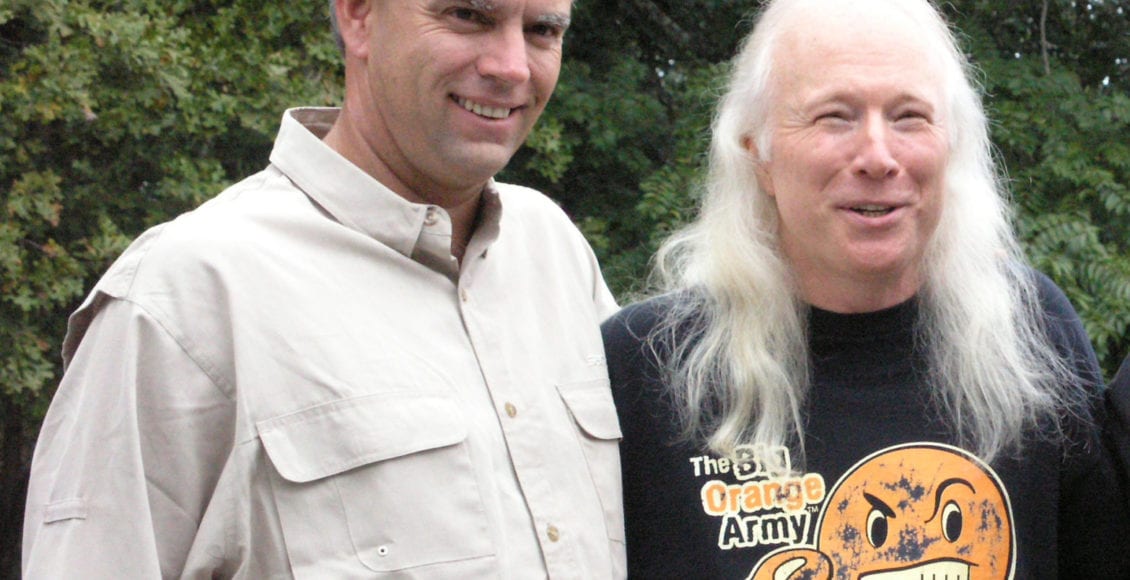 Learning to use the power of Love

As we enter the last year of the second decade of this century I find myself reflecting upon not what but who has most affected me over the past 10 years. There have been many, but at the moment one in particular stands out. Bobby Drinnon, whom many of you knew, was my mentor for many years. I first met him nearly 20 years ago, but our real connection began almost 10 years later during an interview. Bobby taught me something that day.

When I arrived for that interview, Bobby sat behind a small desk in his modest office. His long white hair was framed by the rainbows on the walls. As the questions flowed and his story unfolded, I couldn’t seem to escape my skepticism at how anyone could possess the abilities we were discussing. I wondered if he could read minds and if my doubts were grossly insulting to him.

Having told me of his journey from childhood to young adulthood, he shared recollections of his fear of being different. That all changed when he met a woman who was able to help him make sense of his gift. And so began his quest to help me: the unwilling young man who arrogantly believed he didn’t need any help.

“Don’t you have some question you want to ask about yourself, Nathan?” “NO,” I thought, “I will not fall for this, will not get sucked down this rabbit hole.” Politely declining, I answered that this interview was about him, not me. He persisted, “But I can help you. I can explain things about yourself that I don’t think you understand.” Arrogance and pride can be blinding, and I was as forward-focused as an old mule hooked to a wagon. I was the hammer and he was the nail, and I would drive home my point with a good interview that my readers would enjoy.

But he was persistent as hell, so I decided to be a smart ass. I feigned defeat, “Sure Bobby, I do in fact have a question. What are the six numbers for tonight’s winning lottery ticket?”

He bristled and replied that he didn’t do that. It was convenient, I thought, that the one thing I asked was out of bounds, but I was on a roll. “Will you tell me if we give it all to charity?” I asked. “Surely you have another question,” he said.

Still feeling in control, I asked, “Will I get killed in a plane crash?” He replied that while he didn’t like to speak about people’s deaths, he didn’t foresee my dying in an airplane crash. He added, “That is, however, no substitute for safety, Mr. Pilot.” Wondering how he knew I was a pilot, I couldn’t resist and down the rabbit hole I went—head first.

“Do you ever wonder why people react to you the way they do?” he asked. “Sure, don’t we all,” I replied. “Well yes,” he said, “but not everyone is the same, and some people have a bigger effect on those around them.”

He went on to explain about auras and compared me to a nationally known religious figure, saying that our fields of energy were similar. Convenient that only he could see this, I thought, so I asked what else he could see.

He explained about what he called a life cord, and that it was each person’s connection to God, and how in it he could perceive some things about a person’s health. “How is mine?” I asked. “I can’t see it,” he replied. “Well by all means come over and find it,” I urged.

Walking behind me, he moved his hands about in the air, never touching me, and suddenly a bolt of sensation shot down my spine, shaking me to the core. I knew that for whatever reason my magical journey through wonderland had started, and there with his long flowing hair was my very own white rabbit, Bobby Drinnon, to guide me.

Through the rest of our conversation that day we shifted from me to him and back again, and I gained some considerable insight into my own life. I believed in his abilities as completely as any thing I have believed in my whole life, and I knew that when Bobby asked me to try something it was not without a lot of reflection on his part.

Some time after that he challenged me to try to see how long I could go without a single negative thought. I readily accepted his challenge only to find out that it is not as easy as one might think.

Within minutes I was behind a farm tractor on the road, and I was in a hurry to get home. “God must want me to enjoy and look around,” I thought, and I overcame the tendency to be negative. And on it went until I failed and had to start over.

Try it for an hour or even a day: it is refreshing not to have a single negative thought for a time. If you can’t seem to make it through the day, then go for a hike by yourself and find a place to sit in the forest without your cell phone.

Bobby wanted the very best for everyone he met. As I was deleting some old text messages, I came across the last communication I had with him before his death. He had just had surgery and knew that he had stage 4 cancer, yet his concern was not for himself but for others.

He said that there was one really important thing I could do for him. “Learn to really love, Nathan, and use the power he gave you as the gift it was meant to be, that’s all I ask. Xo.” I promised that I would truly try, and then he was gone.

I have been truly blessed to have been the publisher of this magazine and to have the opportunity to share my thoughts and feelings along the way. So as the new year begins, I will echo Bobby’s request to everyone who reads this: learn to really love and use the power you have to the benefit of all those you touch.

Garden to Table in the Foothills