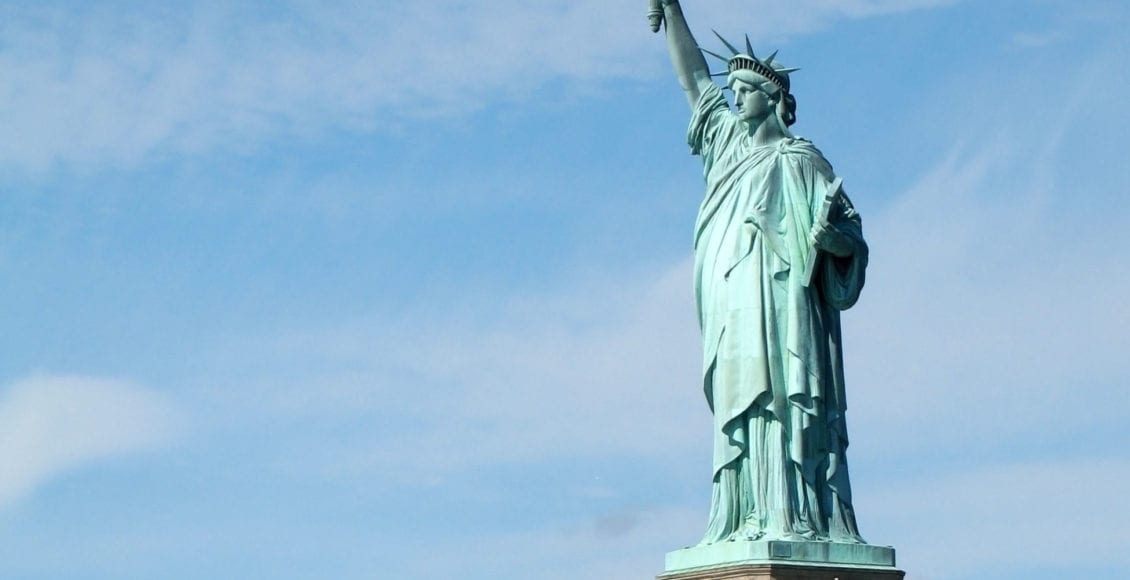 The History (And Future?) of Immigration in the United States

Winston Churchill, whose mother, Jennie, was born in America, qualifies as one of the genuine heroes of World War II. As England’s Prime Minister charged with defending against the air attack of Hitler’s Nazi Germany, Churchill exclaimed, “Never give in. Never give in. Never, never, never, never…Never yield to the apparently overwhelming might of the enemy.” At a news conference in Washington well after the war, a reporter, obviously proud of her American heritage, asked this great man what he thought about the United States Constitution, which of course had been adopted in 1789. Churchill, equally proud of England’s centuries-old Magna Carta, simply replied, “I don’t know. It’s too early to tell.” At the age of 86, Churchill made his final visit to the United States in 1961. Of interest, he made the trip on a yacht owned by Aristotle Onassis.

The subtlety of Churchill’s “too early to tell” humor requires some context. England’s Battle of Hastings took place in 1066. William the Conqueror, a descendant of the Norse Vikings who had settled in Normandy, France, defeated the English forces. Harold II, the Anglo-Saxon King of England, was killed in the battle. William became king, and England changed. English aristocrats lost their lands, English and French began to mix, slavery subsided, and a new culture began.

By the end of the 12th century, seven kings had succeeded William to the English throne. At the death of Richard the Lion Heart, a Crusader memorialized in the Robin Hood tales, his brother, John, succeeded to the throne. After King John’s coronation, England experienced a series of failures at home and abroad. King John imprisoned his critics. His heavy-handed abuses of power ultimately led to a civilian revolt. The result was the 1215 version of the Magna Carta, a document forced on the King by his subjects. This “great charter” guaranteed individual rights and, of importance, required that the monarch respect legal process, habeas corpus chief among them, a procedure authorizing courts to intervene against any of the King’s unlawful imprisonments.

The Magna Carta, however, was not a single document. There were amendments. The 1297 version remains the law of England and Wales. Apparently, 721 years is “long enough to tell” by Churchill’s standards. Today, most historians agree that the Magna Carta was the major influence on the development of the U.S. Constitution.

All Americans should know our own story. After years of conflict, the English colonists rebelled against their mother country. “Taxation without representation” served as a primary basis for protest. A series of injustices under English rule ultimately led to the Declaration of Independence on July 4, 1776. A year later, however, the work of creating a new government began. The Articles of Confederation, creating 13 separate and sovereign states, served as the nation’s first constitution. Ratified in 1781, the Articles were doomed to fail as the Revolutionary War continued. Without taxing power, the country endured a weak defense, a declining economy, and an inability to pay war debt to the countries who had supported our revolution.

By 1787, independence was finally won, thanks as much to English fatigue, some say, as to America’s forces. The Federalist Papers made the case for change. Fifty-five delegates met in Philadelphia to form a new national charter. The result of their efforts was the U.S. Constitution, a remarkable document, now almost 231 years old, which established three branches of government – the executive, the legislative, and the judicial. Each had enumerated powers, designed to provide checks and balances on the others’ authority. The words of the preamble still ring with power and dignity: “We the People of the United States, in Order to form a more perfect Union, establish Justice, insure domestic Tranquility, provide for the common defense, promote the general Welfare, and secure the Blessings of Liberty to ourselves and our Posterity, do ordain and establish this Constitution for the United States of America.”

But 16 of the 55 delegates had refused to sign the new constitution. Among them was Patrick Henry, the patriot whose battle cry, “give me liberty or give me death,” had served to inspire the revolution. The dissenters were disturbed by the absence of a statement of fundamental rights. Not unlike the people of England during the rule of King John, many of our founders insisted upon guarantees of individual liberties. Young James Madison of Virginia, “Father of the Constitution,” negotiated a compromise. By 1791, the first ten amendments to the Constitution spelled out our “Bill of Rights,” which included, among other protections, the freedom of speech, press, and religion; the right to be secure against unreasonable governmental searches; the entitlement to the due process of law; and the right to trial by jury.

It is notable that, despite spirited disagreements, our Founding Fathers were able to join hands, and “in order to form a more perfect Union …and secure the blessings of Liberty,” agree not only upon our Constitution but also its accompanying Bill of Rights.

Fast forward to 1865. Less than 70 years after the adoption of the Constitution, a French law professor had an idea – a Statue of Liberty as a gift from France to the United States. By 1886, sculptor Frédéric Auguste Bartholdi had completed the statue, a symbol of the freedoms guaranteed to the American people. Seventeen years later, a sonnet by Emma Lazarus titled “The New Colossus” was mounted on the inner wall of the pedestal. Her inspirational, unforgettable words name the torch-bearing statue “Mother of Exiles,” from whose “beacon-hand glows world-wide welcome.”

Our majestic New York statue is our country’s symbol of greeting. In the last 240 years, through a civil war, two world wars, and numerous foreign conflicts, our form of government has withstood the test of time, but our nation’s position on immigration has changed. The lamplight has faded on our golden door, and Congress continues to struggle in search of a solution. Where is James Madison when we need him?