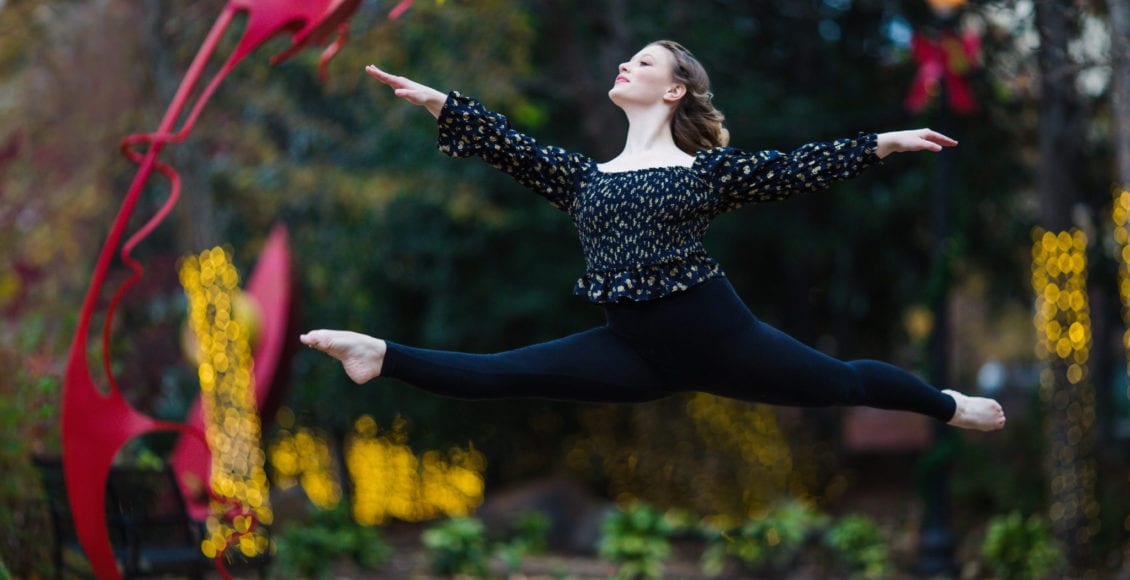 Honor and Excellence is the hallmark of TCDE

Nearly 40 years ago, Dr. Dorothy Floyd had a revolutionary idea of creating a dance company entirely made up of children. Thus, she founded the Tennessee Children’s Dance Ensemble. The first of its kind, Floyd said the ensemble was her “great experiment.” She believed children had great potential and wanted to prove that they held the same performing capabilities as dancers in professional adult dance companies. Her goal was to “use the universal language of dance to give children a voice.”

To assist with the opening of Dancers Studio and the success of TCDE, Floyd recruited her friend Irena Linn, whom she met in Berlin, Germany, from the Boston Conservatory. “From the beginning, I knew there was a special idealism in her,” says Linn. “I wanted to be a part of her dream of teaching children using the art form of modern dance.” Linn is currently the Artistic Director of TCDE and has set dozens of dances for the ensemble, including “Seeds for Planting,” a piece that is part of this year’s repertoire. Floyd and Linn choreographed this piece is the the 1980s, but is still relevant as it portrays a volatile and angry society. “The dance offers the premise that our children are our future, and if they are lost, so will be the survival of life as we know it. The dance offers a glimpse of the fear of war and its consequences as experienced by the child,” says Judy Robinson, current Managing Director of TCDE.

Each year TCDE adopts a theme to select the performance pieces. This year’s concert theme—one that is very fitting to this kids-focused issue of Cityview—is The Voices of Children. This theme features pieces from Dr. Floyd, Irena Linn, Amy Wilson, and other accomplished choreographers. The performances explore ideas of global concerns and issues of interest in relation to children.

One of this year’s featured choreographers is Associate Artistic Director Amy Renee Wilson. Wilson joined TCDE in 1985 when she was nine years old. After graduating from the ensemble, she went on to study dance at Florida State University. Upon graduation, she returned to Tennessee and the ensemble to teach modern dance classes. Wilson is an exquisite choreographer and has earned recognition with the Tennessee Arts Commission, while contributing more than two dozen works to the company’s repertoire. She has been teaching full-time for 20 years.

As a young dancer in the ensemble, she says she learned many life lessons from Dr. Floyd and Irena Linn. “I was an extremely shy child and they gave me the opportunity to have a voice,” Wilson says. In addition to gaining self-discipline and a good work ethic, she learned how to work with children in a positive and effective way at a young age.

“I enjoy helping the children to believe in themselves and love challenging them to see how much they can achieve through the art of dance.” She believes the creative part of dance in that sense is very important in the development of young people.

Her pieces “What About Us” and “Caught” are part of The Voices of Children. One is a multi-media work that focuses on environmental concerns, and the second addresses mental illness.  Wilson says “What About Us” was inspired by her love for the Gulf of Mexico. She grew up traveling there with her family and her father, a boat captain, lives in the St. Andrews Bay Area.

“When the Deepwater Horizon oil spill occurred in 2010, my heart just broke. The piece uses multimedia to project images and words of the beauty and the destruction of the Gulf of Mexico and its animals. The dancers love to perform this piece because it is somewhat of an angry plea through dance to take care of our planet, our future, and the children of the world.”

In addition to an annual spring tour in Tennessee, the dance ensemble has participated in nine international tours. Last year, they participated in a world tour that featured a stop in Hungary.  There the girls performed in Budapest and at the Debrecen Flower Festival.

TCDE’s current crop of young dancers, represented here by Sydney Aikens, Ella Baldwin, and Henley Prochaska, seek to continue the tradition of the ensemble and to carry its mission forward.

Secondary goals of TCDE includes, “to serve as goodwill ambassadors for our city and state.” The organization accomplishes this by doing community outreach projects and working with children. Their incredible work has earned the company the name “Children Helping Children.” Past special projects have included producing the International Children’s Festival on the Ellipse near the White House in Washington, D.C. The performance featured children from 13 different countries. Locally, the company has worked with children in Gatlinburg shelters following the fires of 2016, and also held the annual production of “Children and the Arts,” which allows children to attend for only a penny and gives local students an opportunity to showcase their talents.