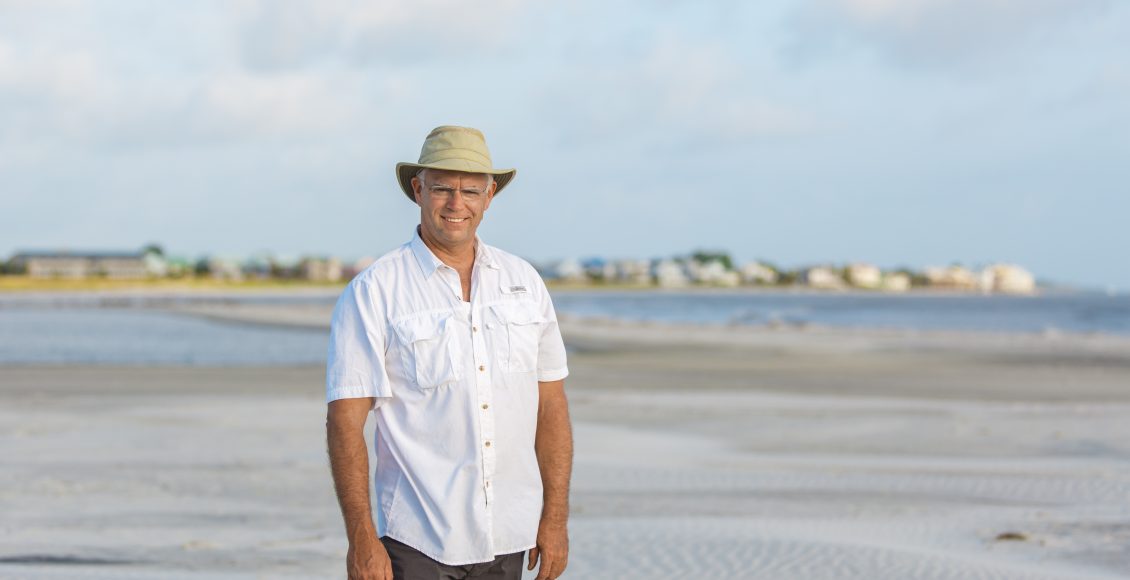 I recall sitting on the bank of the Nolichucky River looking up at the Devil’s Looking Glass, a magnificent 800-foot-tall rock face. My partner and I had leased the land directly across the river for our second full season as river outfitters. We ran raft trips through the Nolichucky Gorge and offered classes on whitewater canoeing, kayaking, and rock climbing. There was an artesian spring about 50 yards back of the river where I had set up a large canvas tent on a wooden platform, bed, dresser, the whole nine, and the owner of the property had lent a bulldozer for a few hours, carving out a 20 x 40 foot artesian pool at my front door. It was an idyllic setting where I could sit quietly at the end of each day and observe nature. I was in heaven, for sure.

The young man in front of me that day was telling me why he had come back across the river so soon. He had been challenged to spend a day completely alone but was back to say there was nothing out there but birds and trees. I had hoped he would actually get in touch with himself by simply taking the time to sit quietly and think. He had missed the point entirely.

The young man saw his isolation as a prison where he was punished by lack of social connection. Instead of taking time to get to know himself better, he chose to find an excuse so he could escape back to society. Isolation can help in finding oneself. It allows the chatter in your mind to quieten down and you to experience the world without any need to influence the outcome. In the 1600s, French theologian Pascal said, “All of humanity’s problems stem from man’s inability to sit quietly in a room alone.” And although ‘all’ might be an overstatement, it certainly holds a lot of truth.

Almost 400 years later, we find ourselves socially distanced to help reduce the spread of the COVID-19 virus. Many among us are referring to this as being isolated but that is far from true; we are distanced, not isolated. Actually, many are victims of information overload. The definition of overload is when the amount of information we receive exceeds our processing capacity. When this occurs, it can easily overwhelm our cognitive processing capacity and thereby result in poor decision making. That theory was popularized in the 1970 book Future Shock, but the idea wasn’t novel, as sociologist Georg Simmel and social psychologist Stanley Milgram were using the concept in the late 19th and early 20th century.

If we were overloaded then, just exactly what the heck are we today? Not only do we have 24/7/365 information, we now have a new twist to add to the cognitive load—fake news. Not only do we have too much information, but we also have to constantly discern what to believe. Fake news is so prevalent, that we simply accept that slander and lies are valid. And that is part of what has led us to the current situation and its mismanagement.

We are mismanaging ourselves—we want our cake and ice cream without paying our dues. We think we are entitled to the spoils without doing the work. We are not experts because we spent five minutes reading a Wikipedia article. An old quote says “A true coward does not run from his opponent but from himself.” We need to take stock of who we are, get clear on what we are doing and why, and take time to be more prepared for this type of emergency.

It is time we stop running from ourselves. We need to put down the cell phones, turn off the TV, log off from the internet and learn to sit quietly by ourselves. Learn who we really are and what our true purpose is in life. And what better time than now as we see just how disruptive an unexpected situation can be to our lives? We have worried so much about what we are entitled to from the government and society that we’ve missed seeking to better know ourselves.

In this exploration of self, we can set new standards for ourselves. That is part of my own soul journey. We are challenged by the abrupt changes that have been forced upon us, and we need to create new routines that will empower us each day. I was sick and tired of being sick and tired, caught up in the day-to-day routine, so I took this opportunity to sharpen myself and create a new routine.

I start each day by asking, meditating, then praying. I take time to be thankful for my life. In all situations, I love as deeply as I am able, at that moment. I reject the burden of guilt that other people try to put on me. I am who I am—I am entitled to be happy. I reject any form of gender neutralization, and am proud of who I am and the gifts I have been given. I resist any attempt to tame the wildness that drives me to be above average, that wildness that calls me to explore myself and the world. I see myself as less of a consumer and more of a creator. I am a powerful creator of my ultimate life.

Sometimes, I find that learning is really finding out what I already knew through intuition. If I really know something, I demonstrate it by taking action, so I am. Our only obligation in this lifetime is to be true to ourselves and God’s purpose for us.