The Secret Life of Moe Berg

A Supreme Court opinion on the reserve clause introduced to Americans a man who lived a double life, as both a Major-League Baseball player and OSS spy. 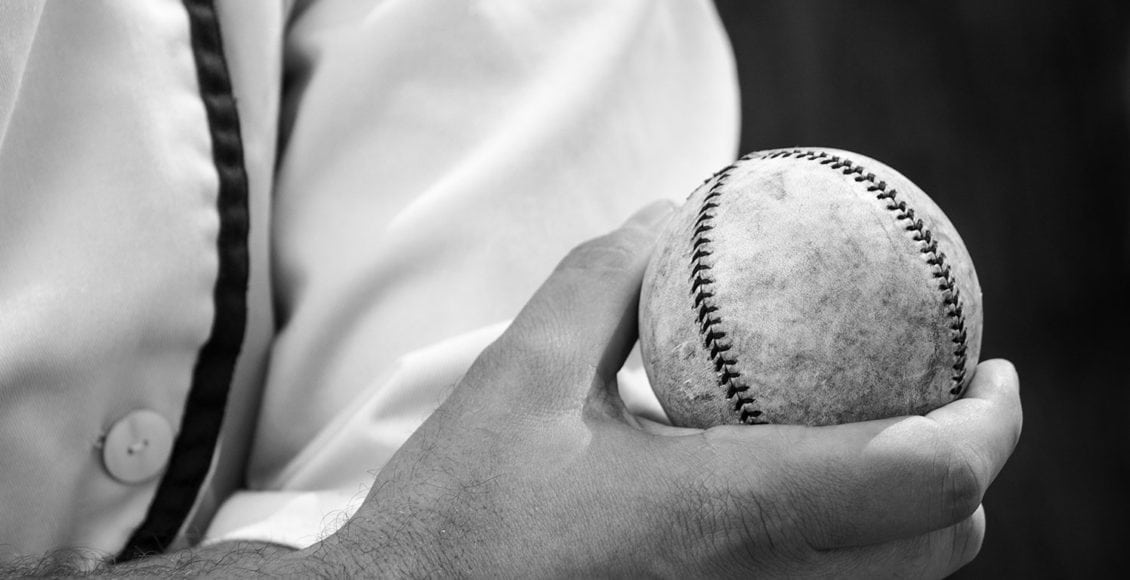 In 1903, the American and National Leagues united to form Major League Baseball (“MLB”). By agreement among the team owners, player contracts included a “reserve clause,” binding players to the same team throughout their careers—unless they were traded or released. In 1914, a separate group of owners established the Federal League and offered higher salaries to its players without the “reserve clause.” Struggling for survival, owners in the Federal League sued MLB, contending that the clause in the contracts binding the MLB players to one team throughout their careers violated the Sherman Antitrust Act by limiting competition for their services. MLB offered a settlement which satisfied all but the owner of the Baltimore Terrapins. The Terrapins persisted in their claims all the

way to the United States Supreme Court. In 1922, legendary Justice Oliver Wendell Holmes, Jr. wrote for the majority, ruling against the Terrapins and giving deference to our “national pastime,” holding that “personal effort not related to production, is not a subject of commerce, and, therefore, not a violation of the Antitrust Act.”

laden NY Yankees who had reassigned him to the minor leagues rather than allowing him to sign with another team. Applying the doctrine of stare decisis, a principle of law encouraging consistency in decision making, the Court ruled against Toolson on the basis that Congress, since the Federal League opinion, had chosen not to amend the antitrust law by extending its provisions to baseball players. Toolson, who spent sixteen years in the minors, not only lost his case but never played in a major-league game.

The second suit involved the St. Louis Cardinals’ star center fielder Curt Flood, who in late 1969 had been traded to the Philadelphia Phillies. Baseball Commissioner Bowie Kuhn upheld the trade. Flood sued the Commissioner, asking the Court to overrule its earlier decisions. He also lost on appeal. Even though the Supreme Court has over the years applied the antitrust laws to other sports, such as professional boxing, the National Football League, and the National Basketball Association, baseball is technically protected to this very day. The majority opinion in Flood v. Kuhn was written by Justice Harry Blackmun, who, incidentally, authored the landmark decision in Roe v. Wade one year later. Section I of the Flood opinion, an introduction titled “The Game,” paid tribute to the rich history of America’s game, laying the groundwork for the decision by the Court. Blackmun even made reference to the poem “Casey at the Bat” and the famous double play refrain “Tinker to Evers to Chance.” Finally, he named a total of eighty-three players, managers, and owners, all prominent in the early years of the sport and almost all of whom were long ago enshrined in Cooperstown’s Baseball Hall of Fame.

One of the players included on the Blackmun list raised more than a few eyebrows. Even the most knowledgeable fans did not recognize the name Moe Berg—a weak hitting, backup catcher for his entire major league career. His statistics were unimpressive. Between 1923 and 1939, Berg played with five different teams, compiling a lifetime batting average of only .243. He was thirty before he hit his first home run. In 1933, his Washington Senators won the American League Pennant. Berg sat on the bench and watched throughout the five-game World Series. Nevertheless, in the following spring, Berg was included among a team of All-Stars, including the likes of Babe Ruth, Lou Gehrig, Lefty Gomez, and Jimmie Foxx, on an exhibition tour against the Japanese all-star teams. Berg had graduated from Princeton with a major in modern languages, and later earned a degree from the Columbia Law School. He was included because he spoke Japanese—and at least six other languages. Parenthetically, when asked by a reporter whether he knew that Berg spoke a number of foreign languages, a teammate answered, “Yeah, I know, and he can’t hit in any one of them.”

During the players’ tour of Japan, Berg traveled to a Tokyo hospital on the pretext of visiting the daughter of the American Ambassador. Berg found his way to the roof of the hospital, one of the city’s tallest buildings, and surreptitiously used his movie camera to film the entire city and its harbor, including its military and industrial facilities.

Some seven years later, after the attack on Pearl Harbor, Berg retired from baseball and joined the war effort. He presented his films to intelligence officers in the United States military. Then Air Force Colonel (and later General) Jimmy Doolittle used the footage to plan his spectacular raid on Tokyo—glamorized in books and movies since 1943. Within a year, Berg had joined the Office of Strategic Services, the predecessor of the Central Intelligence Agency. At the age of forty-one and with the code name “Remus,” he parachuted into Nazi occupied territory in Europe. His mission, in part, was to determine how close the Germans were to developing the atomic bomb. Berg, armed with a pistol and in possession of a suicide pill in case he was captured, arranged to attend a lecture in neutral Switzerland, by Nobel prize winning Nazi physicist Werner Heisenberg. His directions were to kill Heisenberg if he was assisting in the development of a nuclear bomb. After the lecture, he spoke with Heisenberg and learned that the Germans were nowhere near completing plans for the bomb. Heisenberg was spared. Berg’s findings ultimately reached the desk of President Roosevelt. In a conversation with the CIA Director, FDR remarked: “Give my regards to the catcher.”

After the war ended, Berg was awarded the Medal of Freedom, our country’s highest award for a civilian in war time. Because he would have been required to identify himself as a spy, he declined the honor. Although Berg’s contract with the CIA was not renewed in 1954, he chose not to apply for a teaching position, and, even though licensed, never practiced law. Until his death in 1972, he was jobless. A lifelong bachelor, he lived with relatives for the rest of his life. He died at the age of 70 at a hospital in New Jersey. His final words were to his attending nurse: “How did the Mets do today?”

Berg had once appeared on a radio quiz show, “Information, Please.” He was so impressive that then Baseball Commissioner Kennesaw Mountain Landis remarked, “In just thirty minutes, Berg did more for baseball than I’ve done the entire time I’ve been commissioner.” In 1966, he was inducted into the National Jewish Sports Hall of Fame. Today, Berg’s baseball card is on display at the headquarters of the Central Intelligence Agency. His Medal of Honor is in Cooperstown. In 1994, Nicholas Dawidoff wrote a biography, the “Catcher Was a Spy,” finding that some of Berg’s exploits, while essentially true, had been embellished. ESPN was kinder, featuring Berg in its “30 for 30” series in 2015. Last year, it was announced that Paul Rudd, who stars in the Marvel Cinematic Universe as Ant Man, will portray Berg in a biopic currently in production—perhaps serving to justify Justice Blackmun’s inclusion of this obscure catcher as among baseball’s immortals.