The transition from candidate to political office. 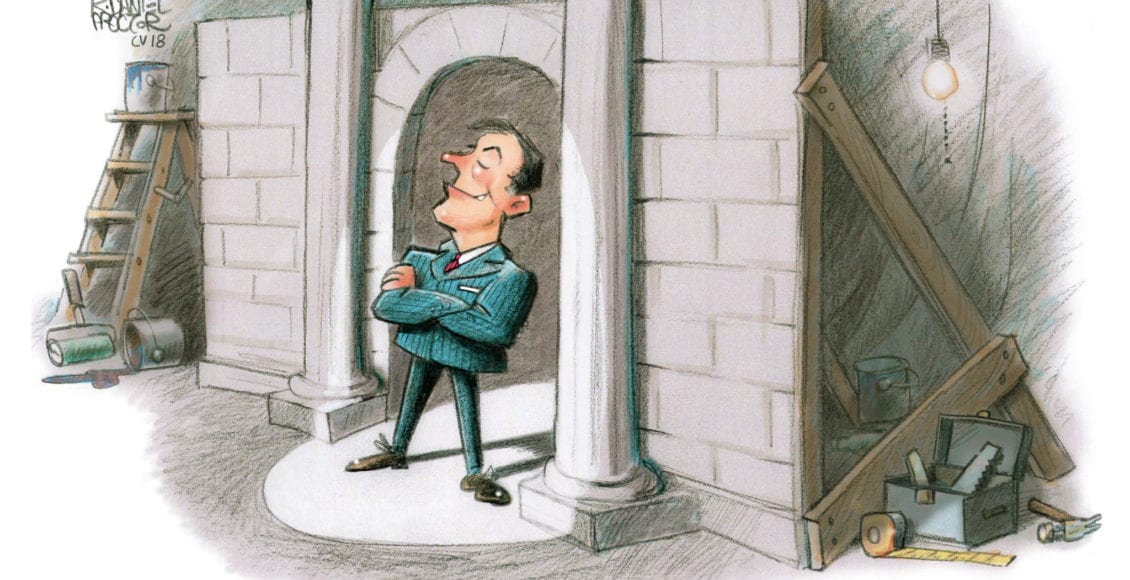 Transitions between election and taking office are similar to decorating the stage for a theatrical production: do it badly and your play is going to cost more, take longer, require re-staging, and cause a cascading set of other headaches.

Done well, the stage is set for a successful start to a political term of office. For the purposes of examination, we’ll focus here on transitions to a chief executive’s office: mayor, governor, or president.

Principal campaign roles generally are campaign manager, finance chairman, political director, and communications director or press secretary. In office, those responsibilities equate to chief of staff; finance director; and communications director, press secretary, or both. Political directors are political appointees with politics as a de facto job except for presidential administrations, which have a political affairs office.

Four things occur during a transition: incoming staff members learn the specifics of what are often difficult jobs, determine when or how they can incorporate the boss’s priorities into their office strategy, decide whom they’ll keep or let go, and jockey for position within
the administration.

Transition is the least pressure the senior staff will ever feel. Its members have the benefit of a certain amount of celebrity—their names are in the papers, they are invited to parties, and they have been receiving congratulations from people who will want things from the government or who hope they won’t be fired.

What transition leaders haven’t yet experienced is the day-to-day responsibility of running a government. Elected office, because of politics, inhabits a jungle different from any other landscape. Mistakes and failures wind up in the headlines. Bad is usually more memorable than good. The weaker the transition, the more likely bad will emerge sooner and bigger.

There’s an old political saying, “If you’re not at the table, you’re on the menu.” That means if you’re not one of the decision makers making decisions, those decisions may well carve you up. That’s why people close to power often jockey for more access and more power.

Nevertheless, a staff is a team. Teams work together, but in high-pressure situations it’s not always true that team members like each other. It’s when personal feelings interfere with the mission that it becomes operationally dangerous.

I’ve worked in and around politics for nearly 40 years. I was once in a situation where I was in need of information from a fellow staff member, information that was kept from me. This person didn’t like me, thinking I had too much influence and access.

In a meeting I said, “On a baseball team the second baseman may hate the first baseman’s guts, but he still throws the ball to first when a runner is coming down the baseline.” It didn’t help.

When you read about disruptions in a political office’s force, it’s usually one of two things: that a person can’t do the job or that an individual’s personality renders him or her incapable of playing well with others. Those are the kinds of things, if possible, that are discovered during the transition, before public departures are necessary. In that respect it’s comparable to baseball’s spring training: does the player have the skills to make the team?

Shortly after watching Spicer give his first press briefing, in which he disputed the media’s inauguration crowd size estimates, I opined on social media that he wouldn’t last six months in the job. I thought he was wound tighter than a cheap watch spring and out of the box far too combative.

But transitions in office are typically upbeat, expectant times, something like the moments in recent years before kickoff of the Tennessee-Alabama football game: optimism is high and nothing bad has happened.

So, here’s to the new folks, and hoping you’ve set your stage well; otherwise, the production may be in for a short run.