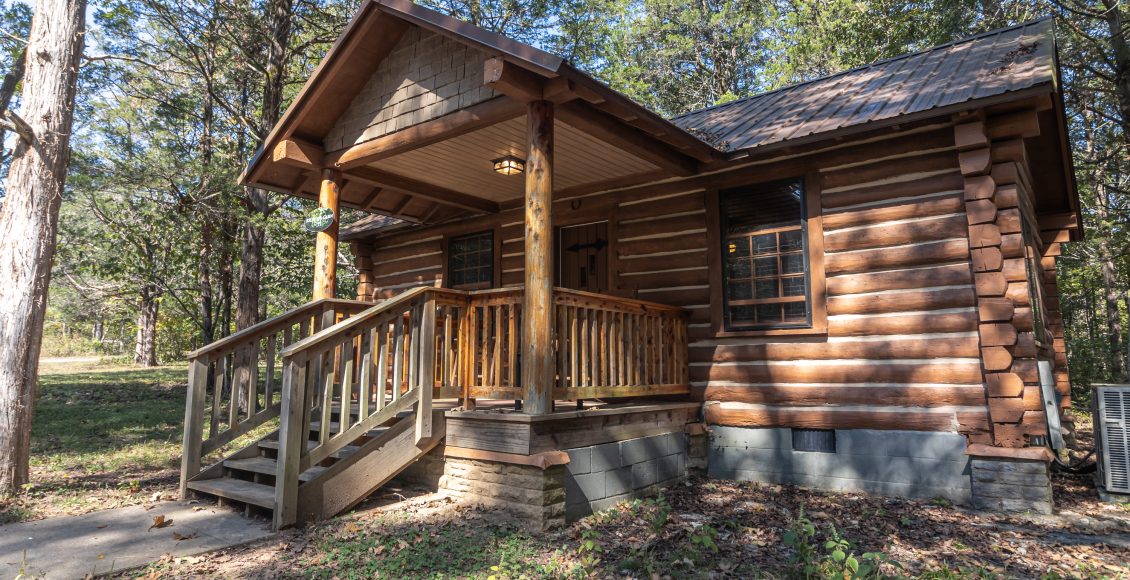 If you look hard enough, you can already see the first signs of fall: the dogwoods sprouting red berries, their leaves taking on a rusty tinge; the hillsides becoming just a tad more gold here and there. It won’t be long before the air will chill and autumn will burst around us.

Looking for a fall getaway surrounded by all that glorious color? Here are five Tennessee state parks that offer cabin rentals. Though weekends fill up fast, most have availability for a weekday getaway. Retirees and work-from-homers: head on out!

Roan Mountain State Park: Though best known for its summertime rhododendron display, Roan Mountain in upper East Tennessee also features expansive hardwood forests and the Doe River. There’s the century-old Miller Farmstead and park museum to explore, along with trails to hike and bike. The park has 30 deluxe cabins in the woods, complete with front-porch rocking chairs and wood-burning stoves.

Cedars of Lebanon State Park: Located in Wilson County 40 miles outside of Nashville, Cedars of Lebanon State Park is named for the eastern red cedar trees found in the area. The park has nine two-bedroom cabins accommodating up to five people. The main living area includes a flat-screen TV, gas fireplace and two couches. It’s near enough to enjoy boot-scootin’ on Broadway in downtown Nashville and far enough away for peaceful hikes among the rolling hills of middle Tennessee.

Standing Stone State Park: Located on the Cumberland Plateau north of Cookeville, Standing Stone is named for a 12-foot-tall rock that is supposed to have been a boundary between two Indian nations. The park has 14 rustic cabins that house up to eight people and seven deluxe cabins that can sleep up to 10.  The cabins sit in the middle of an 11,000-acre state forest. In addition to outdoor activities, visitors can also enjoy touring the Moses Fisk Historic Home.

Pickwick Landing State Park: Located on the Tennessee River west of Nashville, Pickwick Landing is known for water recreation, but also offers lots of other outdoors activities within its 1,400 acres of forested hills. The park has seven premium cabins with two or three bedrooms, gas fireplace and WiFi availability and 10 standard two-bedroom cabins.

Fall Creek Falls State Park: Autumn leaves and the park’s spectacular waterfalls make a stunning combination a leaf peeper can’t resist. Fishermen cabins on the lake offer a view across the water while landside cabins are tucked away in the woods. The cabins can accommodate up to eight people. WiFi is available. The park is located south of Crossville on the Cumberland Plateau. Its new lodge is due to open this fall.

For more info and reservations, go to www.tnstateparks.com.