A Just and Humble Life 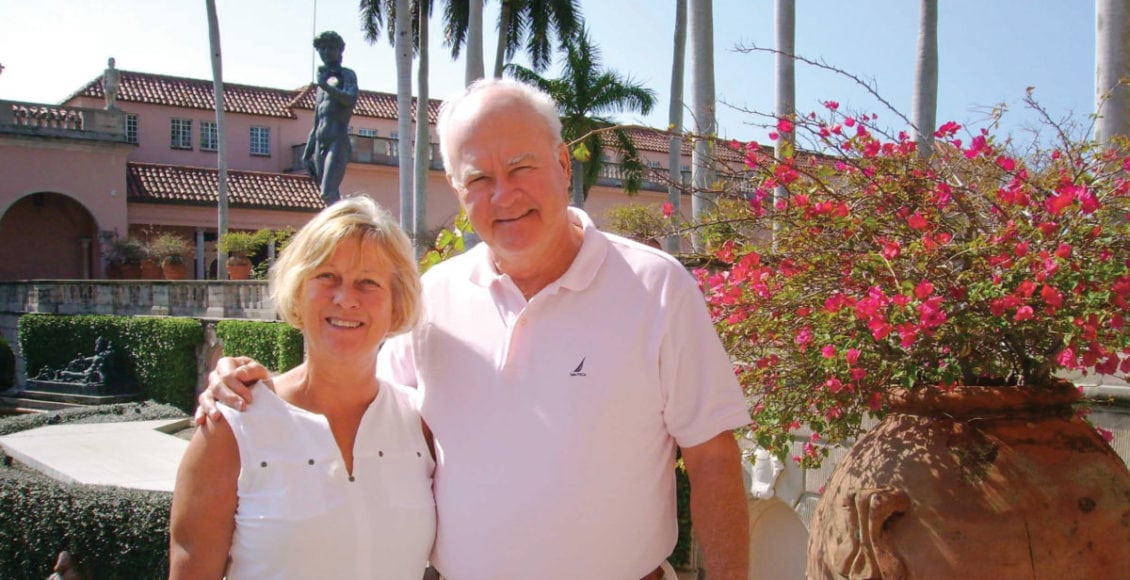 Through his service on the Tennessee Supreme Court, one of Knoxville’s very own, a Central High and University of Tennessee graduate, has quietly made a profound impact on Tennessee jurisprudence. Before identifying this individual and his contributions to the profession, the office of chief justice, which he occupied in the 1990s and early this century, merits consideration in a historical context.

The United States Constitution was signed on September 17, 1789. On June 1, 1796, only seven years after the election of President George Washington, Tennessee became the nation’s sixteenth state. Andrew Jackson of Davidson County and James White of Knox County were among the signatories on our state’s first constitution. Unlike the United States Constitution, however, our state constitution only provided for two branches of government—the Executive and the Legislative. Under Article 5, the Legislature had the authority to create “superior” and “inferior” courts, but the Judicial branch had no independent standing and merely served at the will of the House and Senate.

From statehood until 1834, the population of Tennessee grew from 100,000 to almost 700,000. In those years, the state’s “superior court” designated a “chief justice,” but a legislative act abolished the position in 1834, just prior to the call for a new state constitution. A year later, voters ratified Tennessee’s 1835 Constitution. This newer version created the judiciary as a third branch of government and further vested the judicial powers of the state in a three-judge supreme court, with one judge from each of the state’s grand divisions. This provision tracked the language of the U.S. Constitution, eliminated legislative control, and more accurately reflected the balance-of-powers concept envisioned by founding father Alexander Hamilton in Federalist Paper 78. By the time our 1835 Constitution came into effect, the United States Supreme Court’s decision in Marbury v. Madison had further defined the role of the courts relative to the other branches: “It is emphatically the province and duty of the judicial department to say what the law is.”

After the Civil War, the state adopted the 1870 constitution. There were two provisions important to the judiciary: first, the number of judges on our high court increased to five; and, second, these judges were authorized to officially designate a chief justice. Many of the “chiefs” who have served the state’s high court since the establishment of the judicial branch have qualified as “the first or only.” For example, Nathan Green became Tennessee’s first chief justice under the 1835 Constitution. Peter Turney, who served as chief justice from 1886 to 1893, resigned the position in order to be able to serve as Governor—the only individual in our history to hold both offices. Grafton Green, the grandson of Nathan Green, served as chief justice for twenty-three years until 1947, longer than anyone before or since. In 1980, George Brown became the first African-American to serve on the court; in 1990, Martha Craig Daughtrey became the first woman on our supreme court; in 1994, Al Birch became the first African-American to be elected chief justice; and, in 2008, Janice Holder became the first woman to hold the position.

No one, however, is likely to match the remarkable feat of Knoxville’s E. Riley Anderson. On five different occasions between 1990 and 2006, his peers selected him as their chief justice. A man of few words on the bench or off, Anderson’s humble, soft-spoken demeanor brings back memories of President Calvin Coolidge, himself a lawyer. Historians say “Silent Cal” is most often remembered by a single anecdote. At a dinner party, a woman in attendance was seated next to the President. After being introduced, she revealed that she had made a large bet that she would be able to make him say more than two words. His response? “You lose.” Courteous in the extreme, Anderson would never be so abrupt, but when he spoke, his fellow judges listened.

In his role as “chief,” Anderson could claim a number of administrative accomplishments. For example, he proposed and his court adopted a carefully crafted rule permitting cameras in our courtrooms. Interpreting broadly Article 1, section 17 of our constitution, a provision guaranteeing “open courts,” our high court developed—with restrictions—news media standards, designed to enhance public confidence in our system of justice. With the same basic objective, Anderson also asked his colleagues to adopt an educational program for high school students. Called Supreme Court Advancing Legal Education for Students (SCALES), the program has become widely popular, garnering recognition throughout the country for its contributions to secondary education. In high schools all over Tennessee, lawyers representing “real” people involved in appeals to the supreme court argue “real” cases. Hundreds of students each year continue to benefit from the experience.

While respectful of Hamilton’s insistence upon the independence of each of the three branches but mindful of opportunities to work in concert for the public good, Anderson was instrumental in the adoption of an election process providing Tennessee voters the means by which to assess the character and performance of its appellate judges, including those on his own supreme court. For the greater part of his term of office and afterwards, a Judicial Performance Evaluation Commission scrutinized the record of every appellate judge standing for re-election and published the results. This “Tennessee Plan,” while modified by a 2014 constitutional amendment, was designed to remove partisan politics from our appellate judiciary and continues to serve as model legislation for other states. Further, Anderson’s work in the area of capital case management has served to restore confidence in the criminal justice system. Our state and federal constitutions require the effective assistance of defense counsel. Otherwise, appeals can extend for years in the state and federal systems before concluded. During Anderson’s tenure, this state created a Post-Conviction Defender’s Office and expanded the number of judges on the Court of Criminal Appeals, strategies intended to improve the quality of counsel and shorten the appeal process. Without citing chapter and verse, I have counted at least sixteen additional supreme court initiatives attributed to his leadership, all of which provide a higher level of service by the bench and bar to the people of this state.

Finally, in addition to his administrative role, Anderson took it upon himself to write some of the most difficult issues ever faced by our high court. Tennessee School Systems v. McWherter, which involved the public school funding question, and Planned Parenthood v. Sundquist, which addressed issues arising out of the landmark U.S. Supreme Court case of Roe v. Wade, are primary examples in the hundreds of cases he has written over his sixteen years on the high court. Anderson’s wife, Pandy, observed that “his sweet smile and gentle manner” often hid the fact that he “agonized” over each and every decision, especially during his various terms as chief. “I knew that he was opposed to the death penalty,” she said, “but his devotion to the rule of law always overcame his personal beliefs.” Early in his tenure, when other members of the Court, perhaps frustrated by delays in the federal courts, appeared to be ready to declare capital punishment as unconstitutional “cruel and unusual punishment,” his “swing vote” made the difference. In the ensuing years, however, Anderson carefully analyzed each and every case involving a sentence of death, upholding when justified and, when not, setting aside the ultimate penalty. In 2000, Robert Glen Coe, convicted in 1979 and sentenced to death for the first degree murder and rape of an eight-year-old girl, became the first Tennessean to be executed in forty years—no reason for celebration, but illustrative of his commitment to follow the written law.

The Book of Micah, Chapter 6, Verse 8, provides guidance for all jurists: “To act justly,…to love mercy, and to walk humbly…Justice when warranted, mercy when deserved,…humility always.” No one has been more faithful to this Biblical mandate.

A former Chief Justice himself, Gary Wade served on the Tennessee Supreme Court with E. Riley Anderson in 2006.