Jonathan Williams, Navy Veteran and business owner, had just returned from his third cross-country bicycle tour. The tours have added up to more than 11,000 miles across 25 states. This latest tour was the 2018 Unity Ride, filming a documentary of sites from New Orleans to Canada on the Underground Railroad. Now, his four bicycles rest against the wall of the small living area at White Lily Flats. He shares his adventures, pausing occasionally for the sound of passing trains beneath his window in the Old City.

In 1990 at the age of 18, he set off to see a bigger world and opportunities beyond his small hometown in Georgia. His ten-year Navy career started in Japan, supporting HH-46, Vietnam-era helicopters for Marine Search and Rescue. His specialty was expediting hard-to-find parts that were causing an airplane to be in a no-fly-status. He moved on to the Persian Gulf, and supported F-14 Tomcats and E-A6B planes used for tactical submarine communications. He was the caretaker who kept the birds flying by finding mission-critical parts.

The last stop in his Navy career was a thrill ride as a logistics specialist with the Blue Angels. After more than 70 airshows, it was like being a roadie for a rock band. It took a toll on family life. He came back to earth and landed in Knoxville to complete an important mission as a single father raising a daughter who was then five-years old.

He’s gone from caretaker of the skies to caretaker of the grounds that hold the fallen in national cemeteries. Accord Federal Services, the company he founded with other retired veterans, takes care of grave sites for the Department of Veterans Affairs. Cemetery administration is one of many services managed by Accord, with about $5 million in government contracts for facilities management and maintenance, subcontracting whenever possible to veteran-owned businesses across the states they serve.

From Memorial Day through the Fourth of July, Jonathan’s office was his bicycle, doing business by phone and computer. Milton Tooks and Bruce Watson, fellow veterans who help lead the company, have been very supportive of Jonathan’s cross country ambitions. They met through the Tennessee Veterans Business Association, an organization that Jonathan founded in 2010. 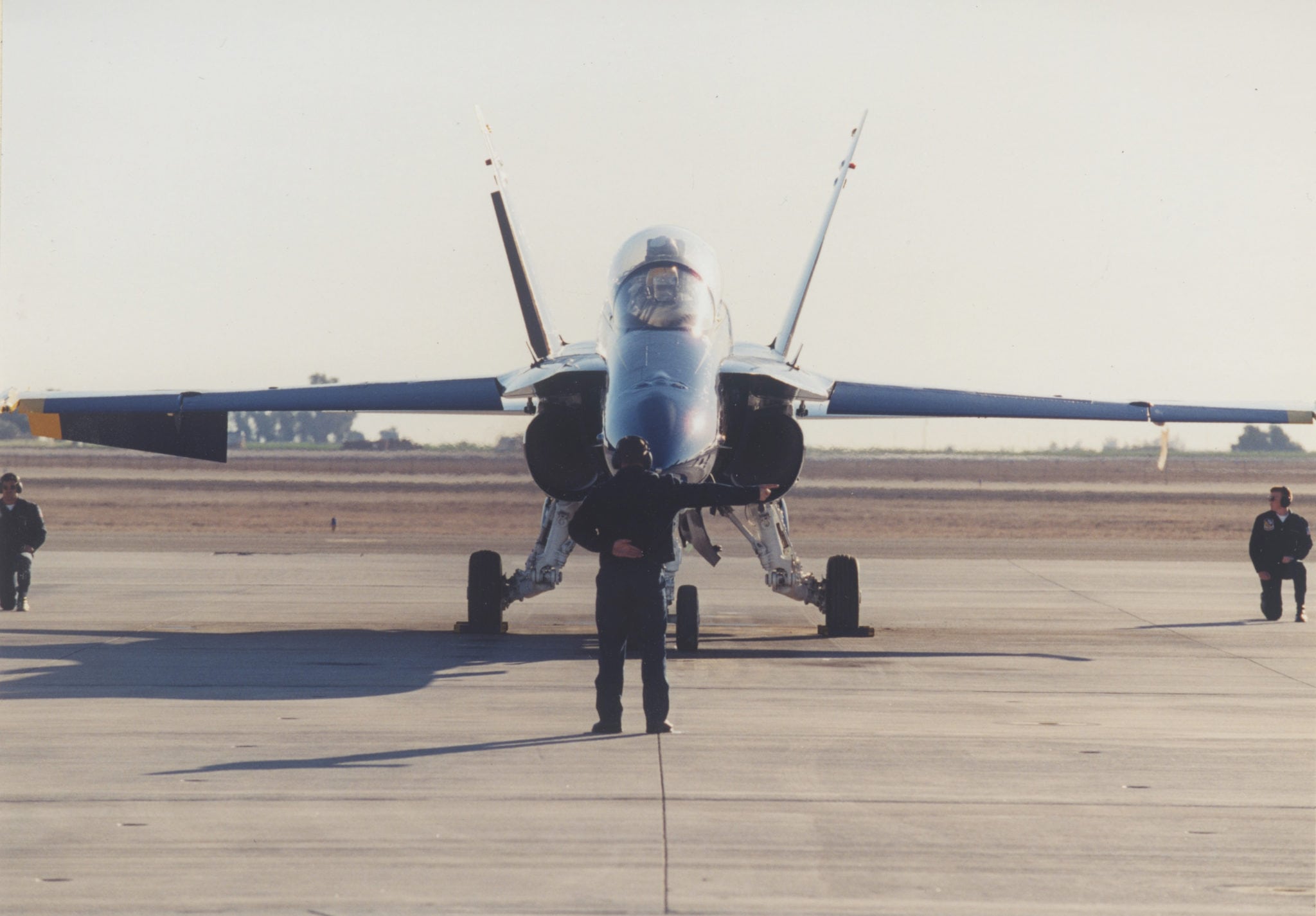 Jonathan was inspired to do his first, solo cross country tour by cyclist Andre Block. He’d met Andre on New Year’s Eve 2015 at Preservation Pub. Andre and Jonathan developed the idea for the 2017 Unity Ride. With a film crew to share their story, the cross-country duo set out wearing t-shirts that proclaimed the theme, “Let’s Reunite America.”

The 2018 Unity Ride was set against the backdrop of an immigration crisis and a country divided. The two riders are a white conservative and a black liberal, seemingly different on the surface, and from political sides that seem to be tearing the country apart. They made a pact to avoid topics that have become part of the national conversation that ignite our “worst instincts.” But instead, they seek unity amid diversity. “Everywhere we went, we were welcomed. We’re just two guys on bicycles finding people who are open and accepting of us. Despite our differences as a diverse nation, we are not as divided as we appear to be. “

The riders followed the trail of the Underground Railroad that led slaves from the Deep South to freedom in Toronto. The story begins at the Omni Royal Orleans Hotel in New Orleans. In a past life, the original luxury hotel had a rotunda where auctions were high society events at a site known as the St. Louis Exchange or The City Exchange. The site burned and crumbled and was renovated, leaving only a remnant of a column with part of the original name that had been The City Exchange. The last vestige of the sign now has only six remaining letters, the word “change.” From there, they rode onward to see the “change” in history. 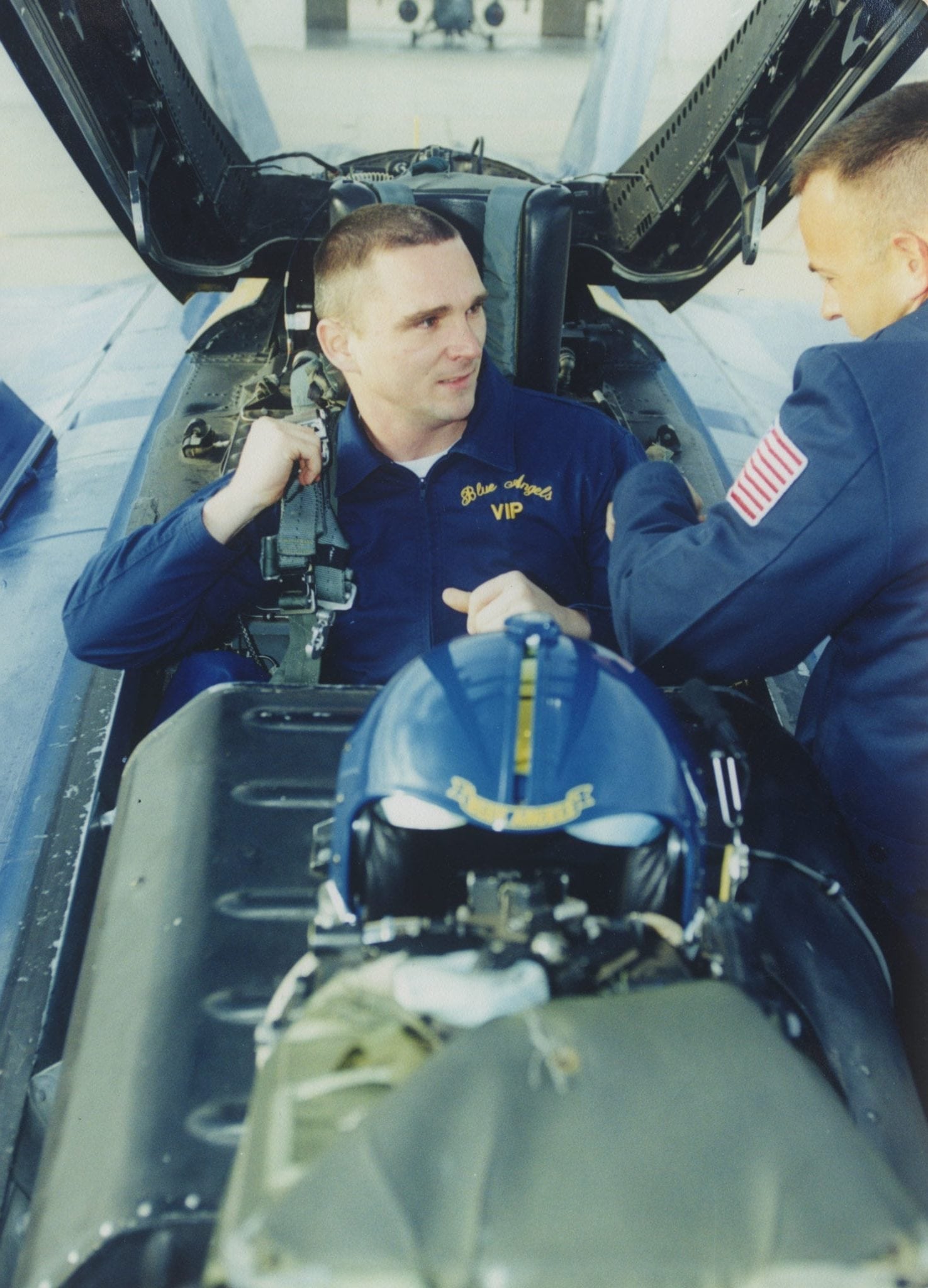 “It can be really hard to find remnants or markers of the Underground Railroad in the Deep South. It is not well documented. Those who helped had to be very secretive, and all that a fugitive could know was the next safe place to go in case they were captured.” Andre and Jonathan sometimes found pieces of history that are hidden and disappearing by talking to locals in the town. Riding through small towns, they envisioned the courage of those who had gone before them on these roads, going through the woods at night from a barn to the next house, and the risks taken by those who protected them.

Midway through the trip, the Unity Riders came back through Knoxville to the Crescent Bend house. Family descendants say the home is thought to have been a safe place, with a hidden trapdoor under the staircase that provided refuge. “Standing in the hiding place, touching the walls in that room, you had a real sense of the people who had been there.” In Knoxville, they were joined by Doug Minter of the Knoxville Chamber of Commerce who rode with them from Knoxville to Toronto.

“As you crossed the river into Ohio, the Underground Railroad became a celebrated part of the heritage.” Suddenly, there were markers and signs that commemorated sites and heroes. The small town of Ripley, Ohio, is said to have been the largest network in the region with more than 300 people supporting the effort.

The journey encouraged people to talk openly about our past, to seek parts of a secret history that are disappearing, and to celebrate those who stood up for fundamental values. It is not to shame or blame or create further discord in a country that appears to be torn on the surface, but to seek accord underneath our skin and political parties. St. Augustine defined a nation “as a multitude of rational beings united by the common objects of their love.” The Unity Ride seeks that commonality.

Discovering Amicalola Falls on the AT

Five ways to spend Father’s Day with your dad