A holistic approach to an often misunderstood, misdiagnosed, and mistreated disease

Lyme disease has completely changed the way my wife and I live. May 2018 marked two years since she contracted it in Oakdale, TN. It was the first time she’d ever been camping, and it’s likely to have been her last. “We had sprayed our tent with tick repellent,” Rosalee recalls, “but when I woke up, I felt something on my stomach. I didn’t know about the proper method of pulling them off. When you have ticks on you, you just want to get them off.”

We went about our lives, but within a few weeks, it was apparent that something was wrong. “I started feeling really lethargic. I was waking up every morning nauseous, and I knew it wasn’t morning sickness. I was sleepy all the time, and at one point I almost fell asleep while driving.” Lyme disease kept popping up in our search results, and the timing made sense.

Lyme is notoriously difficult to diagnose. The one and only sure sign of an infection is a bulls-eye rash around the bite. Only 50 percent of those infected get it, leaving many—including Rosalee—wondering.

Lyme symptoms vary widely, including joint, muscle, chest, and even eye pain; irregular heartbeat and toothaches; inflamed arthritis; plus shooting nerve pain, burning, tingling, and numbness. Other more generalized symptoms include fatigue, depression, and “brain fog.” Lyme specialist Dr. William Rawls says, “It is mostly a big gray zone when it comes to definitions, and nothing about Lyme disease can be considered classic.” In some cases, it’s practically indistinguishable from many other chronic illnesses, such as multiple sclerosis, rheumatoid arthritis, Parkinson’s, Alzheimer’s, and fibromyalgia.

One reason that Lyme disease varies so widely from person to person is that the composition of the underlying disease varies. The primary microbe involved in Lyme disease is known as Borrelia Burgdorferi. Scientists have discovered more than twenty strains of it. Moreover, Lyme sufferers typically have other co-infections caused by other microbes, which commonly include Mycoplasma, Bartonella, Babesia, Ehrlichia, Anaplasma, Rickettsia, and even Chlamydia. Thus, the variability of Lyme disease is caused by the presence, concentration, and activity of each infection within the context of different and constantly changing biological environments. Some people who become infected may be stable and evidence no symptoms for years. However, if such a person’s immune system dips—maybe due to some other illness—Lyme symptoms may surface. 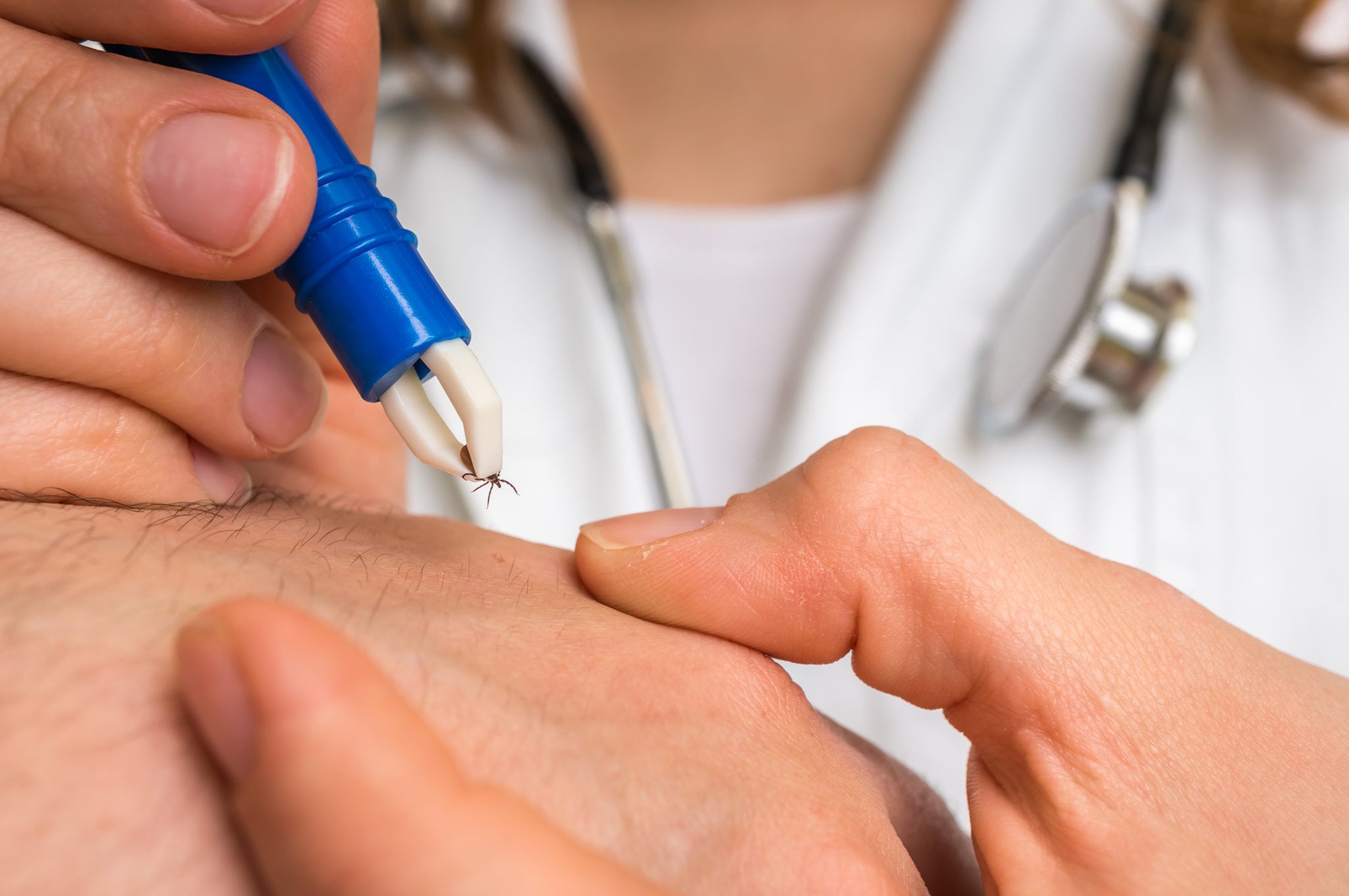 Unfortunately, there’s no conclusive test for Lyme. The standard test today is the ELISA, but it’s known to provide false negatives. According to one report, the test “has been shown to miss 35 percent of Lyme positive cultures,” meaning it’s only 65 percent accurate. By contrast, “An effective disease screening should be at least 95% accurate.” Another test known as Western blot is similarly unreliable. Some estimate that it’s accurate roughly 50 percent of the time.

In part, Lyme is difficult to diagnose because Borrelia microbes are masters of evasion and disguise. Their corkscrew shape—which earns the scientific name, spirochete—enables them to embed themselves deeply into just about any tissue in the body. There, they are shielded from your immune system and from antibiotics. Borrelia can further evade detection by changing its surface proteins. And, if it does come under fire, the microbes can transform into resistant cysts—impervious to most attacks.

Perhaps most frightening, Borrelia spirochetes can cross the blood-brain barrier and work themselves into brain matter, which is why Lyme sufferers so often experience overwhelming “brain fog.” “It’s definitely one of the scariest symptoms,” says Rosalee. She began to experience it within a couple of weeks after the bite. “It’s awful when you’re simply not able to say what you want to say, or when you can’t remember things you’ve known for a long time.”

Rosalee was one of the fortunate few whose diagnosis was unambiguous. “I remember the nurse saying that they tested twelve alleles. I was positive for nine, meaning the infection was very, very strong.” As hard as it was to get this news, it was a blessing in disguise. We have met several people who have gone years—and there are many more who have gone decades—searching for a diagnosis, without which treatment never really begins, leaving a cure forever beyond reach. Kris Kristofferson, for instance, “struggled through a years-long medical odyssey” involving misdiagnosis and unnecessary medications before reaching a positive diagnosis of Lyme disease. By contrast, we knew Rosalee had Lyme within three weeks of infection.

“If the test is negative,” writes Dr. Rawls of those less fortunate, “you continue with a label of chronic fatigue or fibromyalgia (even though you may have Lyme disease). At that point, you become a real thorn in your medical provider’s side—a chronic complainer who never gets well.” He adds that, “Public awareness about Lyme disease is at an all-time high, but concern from the medical community is at an all-time low. If something is difficult to diagnose, difficult to treat, difficult to understand, and rarely causes life-threatening illness, docs simply don’t have time in their busy practices to deal with it.”

After the standard two-week antibiotic treatment, Rosalee continued to experience strange migraines, weird muscle aches, shooting nerve pain, and extreme fatigue. Her doctor and nurse assured her that she’d be fine since she had undergone the “proper” treatment. So, like many chronic Lyme sufferers, she was forced to opt out of the traditional medical system. 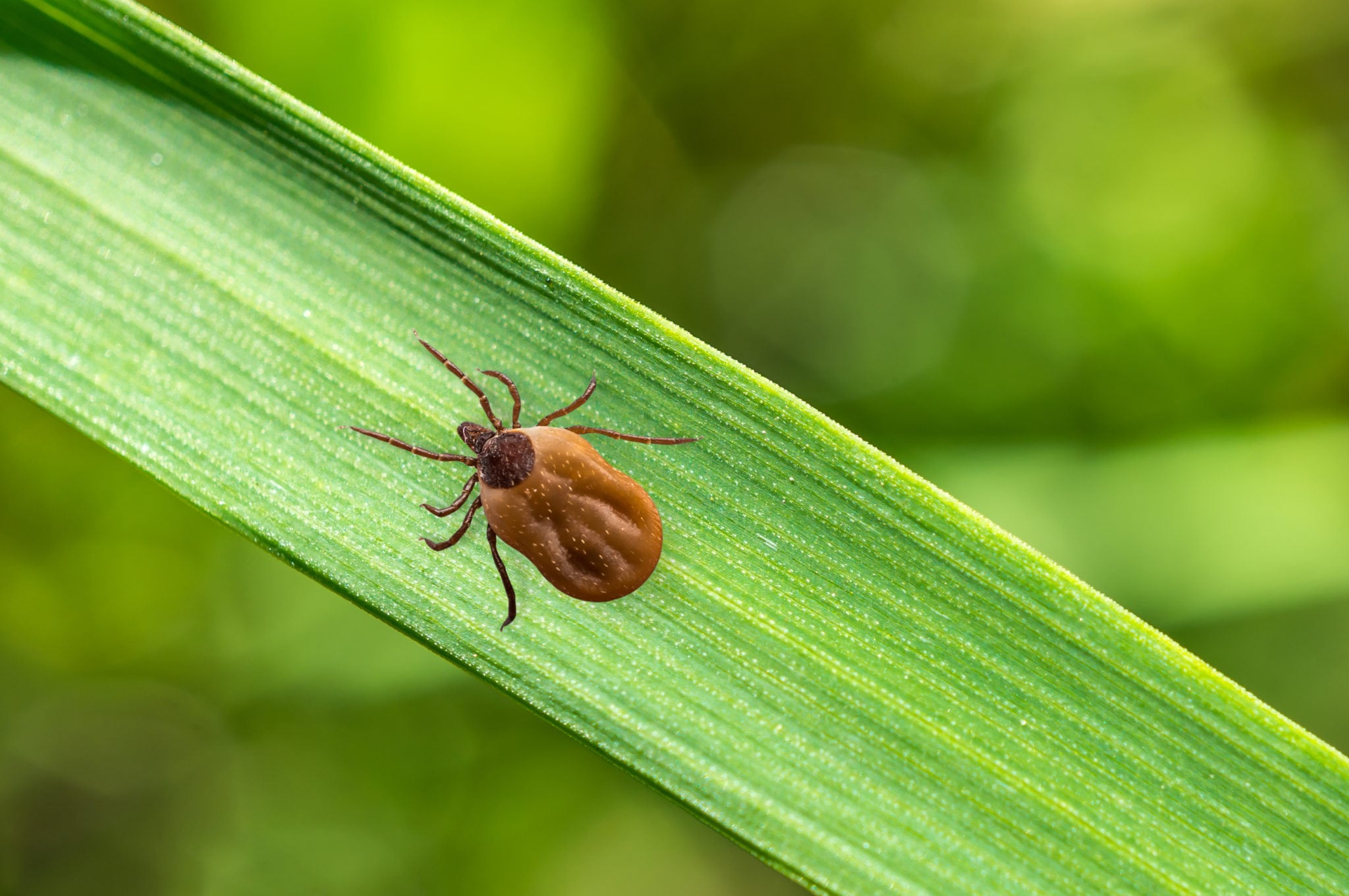 When Rosalee began researching alternative treatments, she was overwhelmed by the variability and total lack of consensus about what works. “I found everything from $30,000 clinics where you spend a couple weeks and supposedly walk away healed, to inexpensive herbal therapies,” she says. “There’s pulsating antibiotics, intravenous antibiotics, infrared saunas, and laser therapy. There’s so much.” She realized that a common thread between many of the options is that they aim at wiping out the microbes, but they end up wiping out much more, including the very same immune system that healing so desperately requires. “Taking even more antibiotics and suppressing my immune system just made no sense to me.”

So she opted instead for a six-month regimen of supplements called Vital Plan, created by the doctor and one-time Lyme sufferer William Rawls. Rosalee explains that, along with the supplements, “You also start a very rigorous diet to restore your gut health. And that was the most challenging part. You start by eating from a list that consists of only about forty items and then gradually add things back and monitor the results.”

She was forewarned but unprepared for the “herxing.” As the supplements disturb the infection, the symptoms temporarily flare up and get more severe. “I had rashes, and the headaches got worse. But I knew that I wanted to stick to it to see whether or not it would work.”

Perhaps one of the biggest challenges for many Lyme sufferers is communicating to others how the disease affects them. “You don’t look sick, or necessarily act sick,” explains Rosalee. “It’s not something physical that you can see, but you are ill. It’s a very lonely disease. People find it very hard to empathize and understand what you’re going through, especially when many doctors think “oh, you were treated with antibiotics, so you’re fine, and it’s all just in your head.’”

If you have Lyme, it’s important to let others know and to explain to them how you’re feeling and how you plan to get better. And if you care about someone with Lyme, it’s important to take an active role in his or her recovery. You can help a friend or loved one by making sure they stick to a difficult diet, get enough sleep, and stay positive.

Lyme sufferers can also help one another. When Rosalee met a co-worker with Lyme, they began meeting regularly to share developments. “It felt good to be able to help someone, to share stories and challenges. We both felt less lonely.”

After five months of the Vital Plan protocol, I began to get my wife back. The joint pain and the fatigue began to fade. She had more energy, and I even talked her into exercising. “I was at least able to start walking on a treadmill or doing ten minutes of pilates,” she recalls. “A small step like two minutes of speed walking on a treadmill felt so good that the next day I wanted to do three minutes, and then four minutes. You start with little steps and every little victory feels so good.”

Even through such a harrowing experience, Rosalee has somehow found a silver lining. She says with a smile and with genuine gratitude, “The diet has definitely changed my life. I was someone who would never say no to sugar or carbs, and now I’m able to say no to anything, because my will to feel better and heal overpowers the slight joy or pleasure of eating something delicious.” She says, “Between the mental fog, the joint pain, the fatigue, and the fear of never being able to get better, you have to become strong and disciplined.” It’s definitely been a journey, and it’s likely far from over. But, she adds, “I feel like I’m halfway there. I’m over the hump.”

Firearms and The Law