With the retirement of Joe DiPietro from his position as president of the University of Tennessee System, the UT Board of Trustees were saddled with some very important shoes to fill. The board chair had his sights on one man to fill the void, Knoxville native Randy Boyd. The consummate businessman and noted philanthropist was unanimously approved to serve as interim president, bringing his impressive résumé to aid the institution in the months ahead. Similarly, Donde Plowman has returned to the UT system to serve as Knoxville’s new chancellor. Heralded for her work as executive vice chancellor and chief academic officer at the University of Nebraska-Lincoln, she will be working closely with Boyd in the months ahead to help the UT system operate at its highest potential. Cityview’s Nathan Sparks met with Boyd and Plowman at the university’s newly completed Student Union to find out what’s on the horizon for the University of Tennessee.

Nathan Sparks: Today we would like to talk about what your vision is for the university and across the entire state. What do you think it will take to get us from where we are now to what you envision?

Donde Plowman: I want to see us become a place that’s known around the country for being the best at several things. First of all, I want it to be seen as a place where everyone can come–faculty, staff, students–and achieve academic success and achieve excellence. I’m excited about the possibilities we have with the new Oak Ridge Institute. I also would like to have it be seen as a place that when students graduate from college, anyone sees their Power T and says, ‘What was it you did to volunteer and make the world better?’ So those are two things I’m thinking about right now.

Randy Boyd: Our flagship is going to lead the way, but as the president of the system, my focus is going to be on collective impact and making sure that all of our schools work together. We’re doing a lot better job now than we have in the past, but we’ve got so much left to do. The Health Science Center in Memphis produces 70 percent of all the doctors and dentists in the state. If we’re going to impact healthcare in the state of Tennessee, it’s going to come through there. There are so many ways in which collectively we can make an impact, not just for the students but for the entire state.

Sparks: What changes will we see here locally over the next few years?

Plowman: One of the things I think you’re already beginning to see is a stronger embracing of what it means to be the land grant and some of the changes that have been made structurally. The Institute for Agriculture is going to be working more closely with our campus which I think is going to elevate all the research that we’re doing in agriculture already. The Institute in many ways has been leading the way for the campus on what it means to be a land grant. I think about it in a couple of ways. Embracing the fact that land grant schools are always about access, and we want to be proud of the fact that we want to educate as many Tennesseans and others as we can.

Sparks: Randy, you recently announced that in 2020 there will be a UT Promise. Will that provide even greater access?

Boyd: I’ll echo what Donde said with three quick things. One with regards to access, we are the land grant university. Our mission is to be a ladder up for the working class and the middle class. With UT Promise, anybody in the state of Tennessee can academically earn the right to come to either UT Martin, UT Chattanooga, or UT Knoxville. If they can academically earn the right, finances won’t be a problem. If you make under $50,000 in household income, tuition and fees will be free. And that will also include students that are already here. So we’re going to make it more accessible. A second thing Donde and I have talked about a lot is our commitment to the community. Her background, her history, her commitment is to making sure that the university is engaged, and for me personally, this is my hometown.

Boyd: I have told a lot of folks long after I’m president, I’ll be a resident. This is where I was born. This is where I’ll finish. My wife too, we’re committed to making sure that the university is even more engaged in the community than it has been in the past. Lastly, I’d just like to say, the Knoxville community is going to be so appreciative of Donde and her leadership since she’s changing the culture here in the first month. It’s now a ‘can do’ attitude. We’re going to be thinking bigger, bolder, and faster.

Plowman: This program is something that can bring the state of Tennessee recognition from around the country. It’s really unique, I think, to have a state like this that’s really doubled down on its commitment to higher education. I’m thrilled about it. I think we have just begun to try to operationalize it. The potential for us is great to attract more students and more diversity in the students we attract as well.

Sparks: That’s fabulous. Your challenge might be how to inspire these students to take full advantage of this opportunity.

Plowman: I look forward to that challenge. That’s one I take with eagerness because I think we have so many great things to offer here. If you just look at this building, name me a place that has a facility like this for students or a campus with as many academic buildings that have been upgraded, rebuilt, built new. It’s a beautiful campus, and I think that we’re a well-kept secret. I want to bust open that secret and tell the world about Tennessee.

Boyd: We’ve got a better story to tell than we’ve told, so there’s a lot to come. To follow up on UT Promise and engagement, two other elements are that each student is going to be required to give back one day of community service. You’re going to see a lot more students out in our community giving back. At the same time, we need the community to give back to us. Each of these students are going to be required to be matched with a mentor from the community, an alumnus, or somebody that can help support them. It’s another way that we can not only just give access but also improve engagement both ways.

Plowman: There is research done by Gallup organization on what leads to highly engaged employees. There’s a strong correlation with having had an experience in college that was an internship or a semester long project that really had an impact on their lives. I look forward to seeing the ways in which we can really make that a requirement for all of our students down the road.

Sparks: Is there any plan that will enable a higher rate of placement of college graduates in jobs that relate to their major?

Plowman: One of the ways that happens is by the engagement that Randy was talking about. Getting the community engaged through more internships, more business people, leaders in classrooms, making guest speeches, visiting and getting to know students in college and the colleges. I think all of those things help and we want to make it a priority of ours that in addition to getting a great education, they’ve got access to jobs when they get out of here.

Boyd: I think we also have to be very careful because sometimes we try to put the student in a very small box. Say you majored in history; if you don’t become a history professor or expert in some way, then you fail. But my former boss, Governor Haslam, got his major in history, and he did okay. We have to be careful with how we define success with your major.

Sparks: That’s a great point. I just don’t want to see these kids saddled with debt that they can’t pay off.

Sparks: Is there anything you would like to add?

Plowman: I just want to say that I’m thrilled to be here, and the momentum that has been started in the last year on this campus is so positive. I’m just looking forward to getting right in the middle of it and moving it forward.

Boyd: I’ll just say that I’m proud of the 225 years of history, the tradition, everything that has come before is something that I’m a very proud of, but at the same time, I’m even more excited about the next decade. We’re looking forward to it. 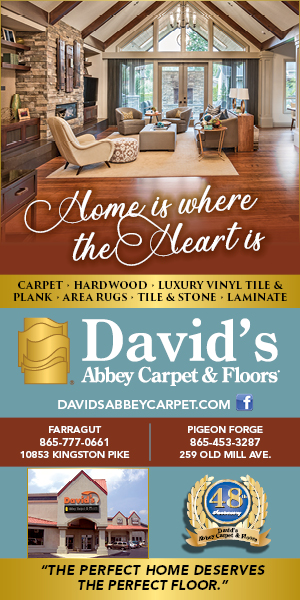