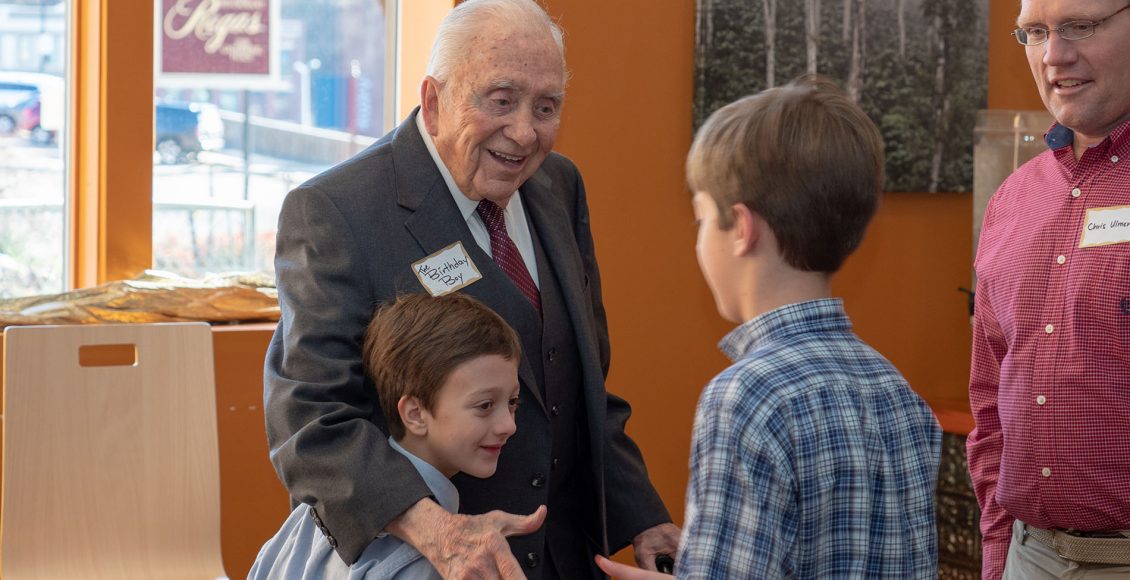 Reflecting on more than 50 years of hospitality

For decades, when a Knoxville resident was planning a special occasion, odds were the venue would be a longtime dining establishment on Gay Street: Regas Restaurant.

Time has passed and change has occurred since then, and Regas is now a fond memory as the destination of choice for parties and reunions, power lunches and after-work drinks, for big juicy steaks and red velvet cake. And nobody’s memory is more full of happy days of hospitality than Bill Regas’s.

Regas, now 91, reflected on his 50+-year career recently while recovering at NHC Healthcare from a fall. He was a young man fresh out of the Army when he and his sister, Frankie, took over running his family’s restaurant in 1953. His dad. Frank Regas, and uncle George had started it in 1919 and ushered it through its first 30-some years. Bill took over as general manager when his father died in 1953.

Back in the 1940s and ‘50s, he recalled, “people would get a job, and if it was a good job, they’d keep it for a lifetime. So we had a lot of professional servers and cooks who stayed with us.” One who didn’t — David Thomas — started working at the restaurant with Bill and went on to found the Wendy’s fast food chain.

It was Bill who made Regas the gathering place it became. And he was fighting some tough odds when he did.

Downtown Knoxville was on a downturn following World War II as Knoxvillians left it for the suburbs. Regas recalls how deserted the town was after West Town Mall opened.

He also had the challenge of evolving the restaurant from a diner into a celebration destination. “We ran an ad in the newspaper every Wednesday that said ‘for an evening to remember,’” he said. “That was the type of atmosphere we were developing. And it worked pretty well for 30 or 40 years.

“We had a great cake baker, Bobbie Wynn. She’d make red velvet cakes, German chocolate cakes. She was a master.

“We had a lot of entertainers who would come in to perform at the Tennessee Theatre in those days,” he said. “Liberace came into town about every five years or so, and he’d come for dinner. He liked the red velvet cake. He’d have two slices.”

But when asked how he wants to be remembered, his answer moves much closer to home.

“The best is when your grandchildren say ‘that’s my papi’ in a proud way,” he said.