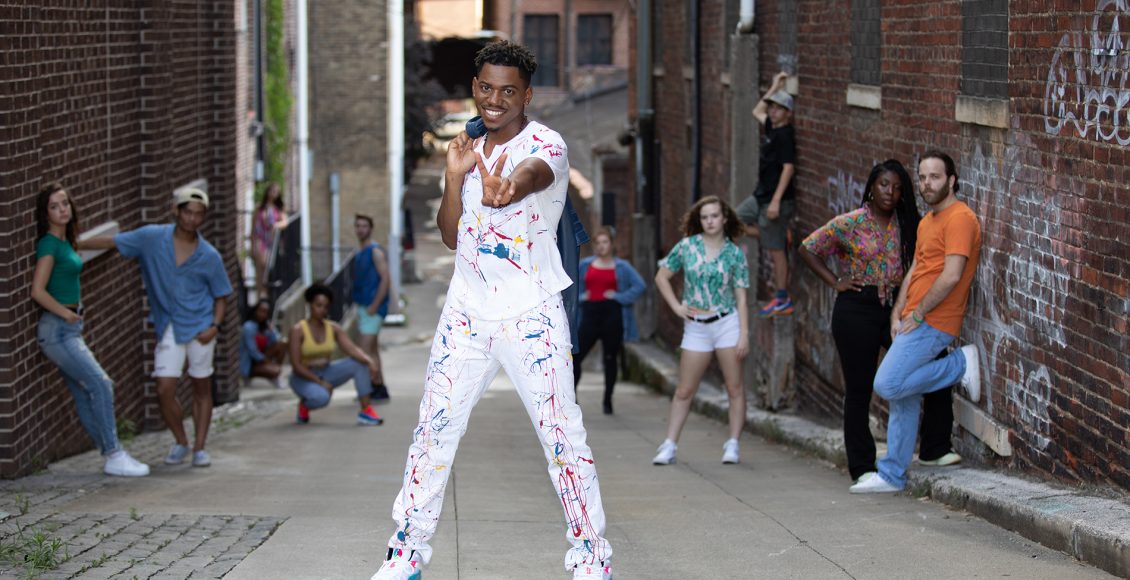 A Man of Love and Light

In July of 2017, we had the privilege of interviewing Knoxville-native Chris Blue when he returned as champion of season 12 of NBC’s The Voice. Fast forward two years and here we are again in the same studio, filled with the same positive energy. We have been waiting eagerly for Chris’s new music, and he gave Cityview a sneak peek, along with an insight into what inspired his new creations. Chris believes that he was called to serve and to make a change for the better. “The music industry can get really heavy and become really dark. It’s about who’s got more than the next person. Or rather, what you can get versus what you can give. I need something that will uplift me, that is positive, that will motivate me, and encourage me to keep going. And that’s what we’re about.”

Nathan Sparks: We’ve waited two years to find out what was next. Today, we’re with Chris Blue for a new interview. It’s going to be a fresh start. How are you doing, Chris?

Chris Blue: I’m doing amazing, man. I’m just through the roof right now. You know, life is really good. Music is coming out…So, you know, it’s all good. I’m extremely excited about where I am.

NS: I think we’re really blessed to be here with you today and for you to have this opportunity to share with us.

CB: Yes sir. I’m excited too. I absolutely love Cityview. I feel like I’m a part of the family now.

CB: I love that. Love that.

NS: It’s been really interesting listening today throughout this photo shoot and hearing Hallerin talk about these people that got involved that didn’t want to just produce, like Kelvin Wooten, who wanted to be part of the team. Tell us a little about that.

CB: It was just really, really interesting how it all happened. I had worked with Kelvin previously, and we worked on the song “Humanity” together. He was a part of that when we did the winter Olympics, and he had done some stuff with my brothers and I awhile back as well. Around 2013, I was 23 years old. I think that’s when I first met Kelvin. We came back together and did a Christmas project.

CB: We did, but we never discussed working closely together as partners. However, what was slightly different was I would travel down to Huntsville, Alabama, and I would get in the room with him. We would vibe out the ideas and the thoughts together. Every time we did that sparks would fly and we both would really gain and glean from it.

NS: Before that though, there was this trip to New York with Hallerin.

CB: We hit a moment in my career and this journey, and realized we have to go and move into a different creative direction.

NS: So, you go back to your hotel room that night. You call him up, and he challenges you to write a song.

CB: Yeah, well, he had already beaten me to the punch. He already had a song written, right. I’m all down in the dumps, like what am I going to do? I called him up, and I asked what he was doing. He says, ‘Oh, I’m just writing a song.’

NS: He said, today, art is his gift that keeps him sane. I think that’s awesome.

CB: It’s because it’s expression. Most people use weightlifting, or some sport or something to channel energy. But for me, it’s being creative.

NS: Well, being creative is like a sport. He made it a challenge that day, didn’t he?

NS: What did he challenge you to do?

CB: He called me up about a month later. We talk every single day. He says, ‘Hey, what are you doing?’ I said, ‘I’m writing a little song right now.’ And then all of a sudden, I’m hearing this noise in the background on his end of the phone. I’m like, ‘So what’s that?’ He’s like, ‘Oh, you know, just a little song I’m writing.’ I’m like, ‘Oh, you’re sneaky. But I like it.’ He says, ‘How about this, Chris? How about you write a song, and I’ll write a song in one hour?’ He said he’s going to finish his song in one hour.

CB: Well, I’m going to finish my song too because I’m competitive. If you challenge me, there’s no backing down; I don’t care who you are. If I wasn’t a singer, I’d be in the NBA. But that’s another story.

CB: Absolutely, nothing but. He’s like, ‘Alright, I’m going call you in an hour, have your song ready. And as soon as you know, the hour hits, we’ll play.’ He calls me back in an hour, and I play my song. He plays his song. I win that round. I won the first round.

CB: Three hours in, we both have six songs in one day. Finally, it’s getting a little late so we do 30 minutes. 30 minutes and there’s another song. I kind of came up with an idea because my laptop died on me. I didn’t have my charger. I had previously recorded a song earlier that day. But anyways, we’re not going to talk about that…

NS: The truth is out.

CB: It is out. We ended up with eight or nine songs in one day, and I think we ended up going to sleep at 5:00 AM.

NS: Now in the course of this two-year period you’ve written not 8 songs, but more like a hundred?

CB: Yeah, well, probably a little more than that. From January 17th to about April 17th roughly. We have a little over a hundred songs.

NS: Later this year on a date that’s not yet known, you’re going to release a few songs?

CB: We are. We’re going to release a few songs, and that’s where Kelvin comes in.

NS: So, you went down there with all this music you’d written with Hallerin, and what happened?

CB: We go down there with the songs that we want to record, and we get there and me and Kelvin start doing what we do. We start vibing. We’re just having a good time. We’re like, wait a minute, there’s something here. We shouldn’t just play around. You know, let’s do something.

NS: Then Hallerin Facetimes you.

CB: Yeah, he Facetimes in, and we’re like, ‘sir, I know we’re supposed to be recording these songs, but we kind of started doing something a little different.’ We play it for him and Hal’s like, ‘You know what? Go with it. Go with that.’ And we did. Two days later we had about 10 new songs with Kelvin, then went back down and I recorded four or five of them in two days. Those are the songs that will be released later this year.

NS: That’s awesome. The concept here is that the state of the music industry is not something you agree with philosophically and spiritually as I understand.

CB: Yeah, absolutely. I’m a man of light and love. I love God. I love family. I love people, and I love the way love feels. Right now, the music industry is not feeding me what I need, which is love. I need joy. I like to be happy. I like to dance around. I like to have fun. I need truth, and I’m not getting a whole lot of that right now.

CB: Yeah, it is. And so is God. I need real substance. I need real depth now. I think we all do. What we have now sonically sounds amazing, but for me personally, I want a little more than that.

NS: Is this the beginning of a movement? Is this your way of reaching out to the world and saying we can really do better?

CB: Yeah, same. Because I want it, and I feel like our world needs it.