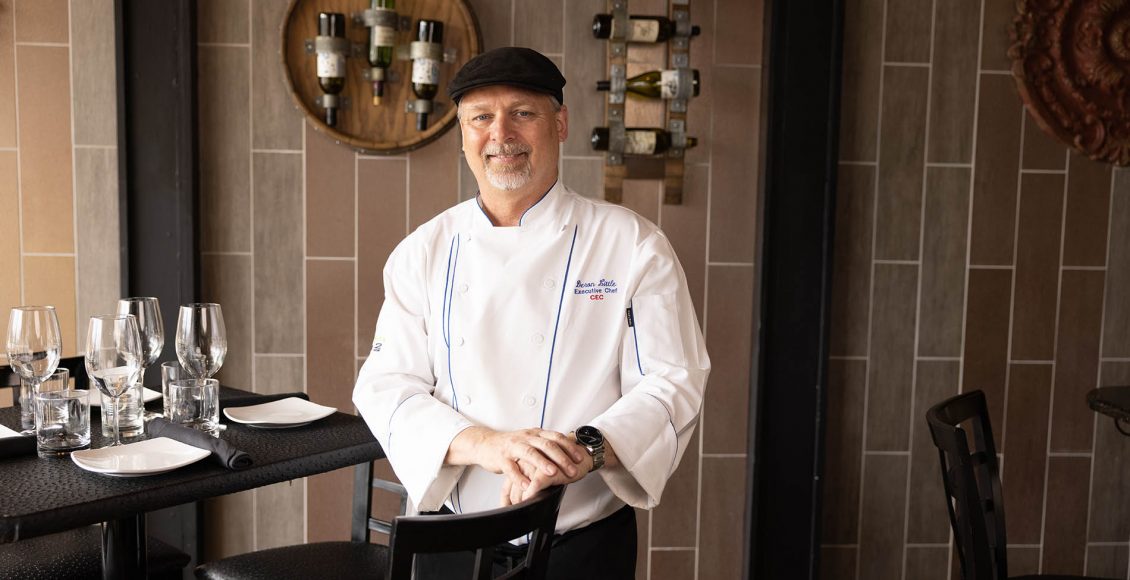 A Yakama, Washington, native, Little actually thought he would become a professional motocross racer when he was young, but an injury caused him to stop traveling that path. With an open future ahead of him, his culinary story began in the kitchen of the restaurant his father managed. It was there, watching his father cook up steaks, that Little fell in love. “I still remember that smell,” he says. However, it was his mom who, he says, influenced him to become a chef: “My mom is a wonderful cook, one of the best cooks I’ve ever met.”

Early on, Little worked for a master chef in his hometown—one of only 18 in the world at the time—and says his eventual inspiration for the Seasons concept came from this mentor. “It was a real blessing for me to have the opportunity to work for him.”

Today, after 43 years in the culinary industry, Little believes deeply in what he calls the “true culinary experience” and approaches his menus—including those created for Top Chefs—hoping to instill fellowship around the dinner table. “It’s an emotional process,” he says. “It’s not only about the season, but how the season makes you feel.”