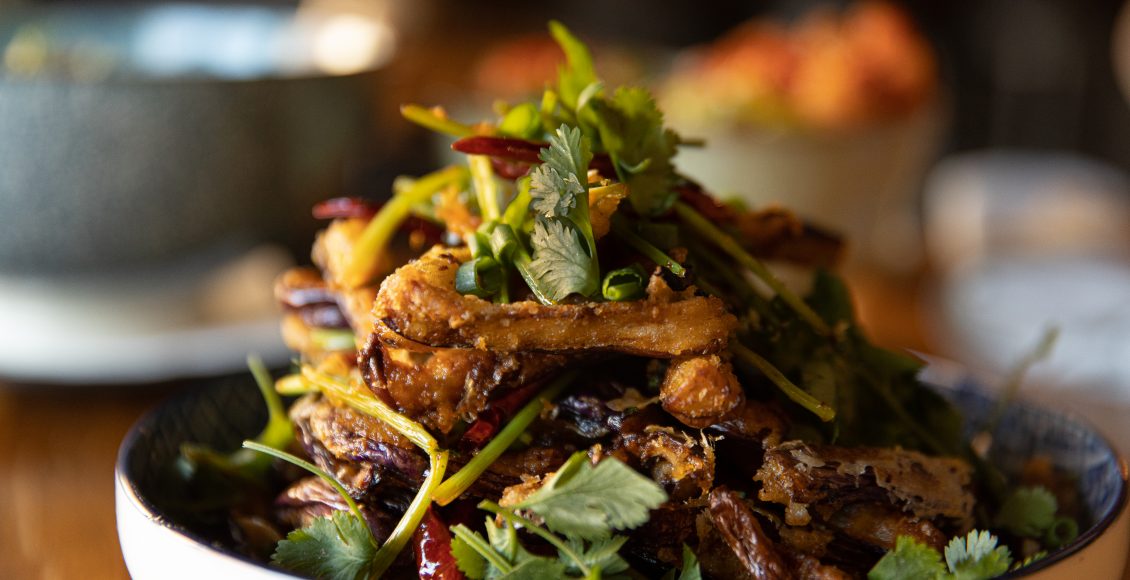 The South has a glorious culinary tradition. Growing up, there were never too many days that went by without cornbread, black-eyed peas, or something else distinctly regional. While it’s hard to beat mom’s home cooking, Knoxville is lucky to have a variety of options. In this issue’s Dining Guide, we turn our attention to the wealth of Asian cuisine available in the Marble City. Representing a broad spectrum of culinary traditions, these hot spots are the perfect way to liven up your restaurant rotation.

Kaizen
Located just off Market Square, Kaizen has become a reliable fixture in downtown dining. Modeled after the Japanese izakaya, the restaurant focuses on a menu of small plates in a laid back environment.

Bida Saigon
Bida Saigon is a family-owned restaurant committed to serving authentic Vietnamese cuisine. While their menu covers a wide range of options, they pride themselves on their pho, a type of Vietnamese soup.

Nama Sushi Bar
Nama Sushi Bar opened in July of 2004, in the heart of Downtown Knoxville. Fifteen years later, it has branched out to four more locations. Nama offers an amazing variation of Asian style cuisine, but its delicious sushi selection is Nama’s biggest attraction.

Taste of Thai
Taste of Thai brings the flavors of Southeast Asia to Cedar Bluff. With a spacious dining room and patio to match, there is a lot to love about this popular institution.

Kaya Korean
Named after an ancient Korean kingdom known for its impressive art and culture, Kaya sets out to live up to that name by offering top-notch Korean fare. Be sure to try the Korean BBQ for the interactive experience of cooking at your table.

Fin-Two Japanese Ale House
New to the Knoxville scene, Fin-Two is serving up Japanese food and craft beer in the heart of the Old City. The trendy eatery has been steadily gaining a loyal following since opening its doors mere months ago.

Viet Bread and Tea
Viet Bread and Tea is another new downtown restaurant offering Vietnamese classics like banh mi, pho, and bubble tea, all made from scratch. For a quick bite at a reasonable price, this establishment delivers on both counts.

Landing House
Landing House is an Asian fusion restaurant based in a two-story house in South Knoxville. Serving Chinese, Cambodian, and French inspired food, this spot brings the diverse tastes and flavors together under one roof.