A banana puddin’ plea from the keeper of the family tickets. 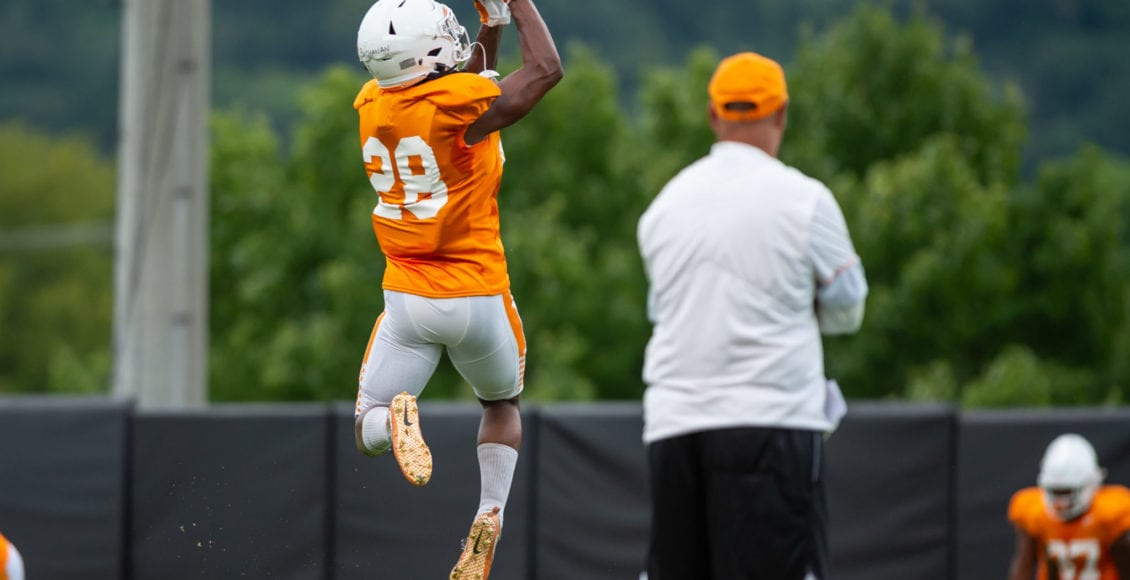 As our new coach, Jeremy Pruitt, jumps into his first season as head coach of the Tennessee Vols, Big Orange fans everywhere wish him the best. His work is really cut out for him because the schedule is tough and he is the fifth Vol coach in ten years and trying to improve on a 4-8 season. As they caution us fans on the radio, I’m trying to be patient and reasonable about this season, and that’s why I’m only expecting 9 or 10 wins.

Self-inflicted failures have transformed our beloved football program to one of the worst in the SEC for the first time in memory. Our SEC rivals have improved while the U. T. administration has committed blunder after blunder to bring our football program to a bad place desperately in need of a season of respectability. Once again, we are compelled to place a lot of hope on a new system and a first-year head coach.

Fortunately, however, there are some positive signs for this season. Coach Pruitt has obviously visited a Lane Kiffin garage sale and bought up all of Kiffin’s oversized white tunics. Although Coach Kiffin subjected Tennessee to public embarrassment and walked out after one season, he did win 7 games and his used tunics could be the “secret weapon.” I was happy to see that our new coach avoided Nick Saban straw practice hats and Derek Dooley’s neon orange pants. Another positive is Coach Pruitt’s apparent plan not to rebuild the program “brick-by-brick.”

While everyone wants Coach Pruitt to have success at Tennessee, I particularly want him to triumph and for us to have a winning record for my own personal reasons:

First, if Coach Pruitt is successful, it will make Coach Philip Fulmer look good since he was responsible for the hire. Of course, Coach Fulmer sought the athletic director’s job at the time the university hired John Currie. It was Fulmer’s second rejection by his alma mater notwithstanding the fact that he knew the program better than anyone and obviously had all the necessary skills to be a successful athletic director. Currie, of course, was hired at a high salary but only lasted eight months on the job because he screwed up his first important assignment. Many people, myself included, felt that Fulmer was like a fire chief ready to take the job, with lots of experience putting out fires. It turned out that Currie could not even find the fire, much less put it out. The university was smart to turn to Fulmer, the fire chief-in-waiting, who hired Jeremy Pruitt, the object of our hopes and dreams. Pruitt’s success will be Fulmer’s success.

I also want a winning season this year because we need to start beating our arch rival, Alabama. It has been eleven years since Tennessee beat Alabama, and we need a winning program as soon as possible to end that lopsided record. If Alabama continues to beat us, Nick Saban will be opening a Mercedes dealership in Knoxville. He already has a dealership in Birmingham and Nashville. Come on, guys, let’s beat Alabama and keep Nick Saban out of Knoxville.

In my family, I am the keeper of the football season tickets. When Tennessee has a winning record and is capable of beating any and all opponents on the

schedule, it’s a great time at my house because all of my children and grandchildren come home to eat, sleep, and pick up their tickets. I have a granddaughter who lives in Walla Walla, Washington, and she’s the biggest Tennessee fan ever. I’ve seen pictures of her lately and she was wearing a Washington State Cougar sweatshirt. This madness has to stop! I have another granddaughter teaching school with the Peace Corps in Guinea, Africa, and although she attended the University of South Carolina, I might even get her to come home when we start beating the Gamecocks. My son in Middle Tennessee and his family have permanent accommodations at my house for football weekends, and the best part is my wife, Norma, prepares a giant banana pudding and we tailgate at the house before going to the game. This is my “banana puddin’ reason” for wanting a successful Tennessee football season.

I guess you know college football is a great diversion from the challenges of daily life. It helps all who love it to stay sane and mentally balanced. When Tennessee has a losing season or is beaten by teams like Vanderbilt or Kentucky, Knoxville and the Vol nation become engulfed with deep depression. I’ve noticed that in a bad season people around these parts don’t smile, act rudely, and drive recklessly. However, a good, big victory or winning season helps everyone enjoy the diversion from their everyday problems and the torment of things like politics. When we win, we smile, hold doors for each other, and yield the right-of-way. Now, more than ever, I need a break from Stormy Daniels, Sarah Huckabee Sanders, Rudy Giuliani, Omarosa, and “fake news.” Please, Coach Pruitt, give me four months to focus on Marquez Callaway, Shy Tuttle, and Jimmy Hyams and the crew. I need relief from President Trump and Russia. I don’t know about you, but my sanity needs a vacation.

Do you remember how much fun it was looking forward to the release of Monday’s Top 25 rankings and Tennessee was listed higher than last week? That could happen again if our new coaching staff is able to put together a winning program. How much fun it was before every big game knowing there was a possibility that ESPN’s Game Day might be on campus. I want Tennessee to win again so once again there will be Tennessee callers on the Paul Finebaum show raisin’ hell and threatening our next opponent. In many ways, I long for the good ole days when walking horses roamed the sidelines and the music was furnished exclusively by the Pride of the Southland Marching Band.

Finally, I do not know what they are doing to the bleacher seats at Neyland Stadium, but my seat in Section T gets more narrow each season. I hope Tennessee goes undefeated this year and they complete more long passes and score more touchdowns than ever before because when they do everyone around me will stand up and cheer, allowing me the opportunity to sit down early and spread out and claim my rightful space. I was just thinking the other day that the only good thing about “the Wave” is it gives me a brief moment to shift my weight for more space. Most schools abandoned “the Wave” about twenty-five years ago; today, only Tennessee and Strayer University are the last holdouts.

The Voice of The Common Fan

The Voice of The Common Fan