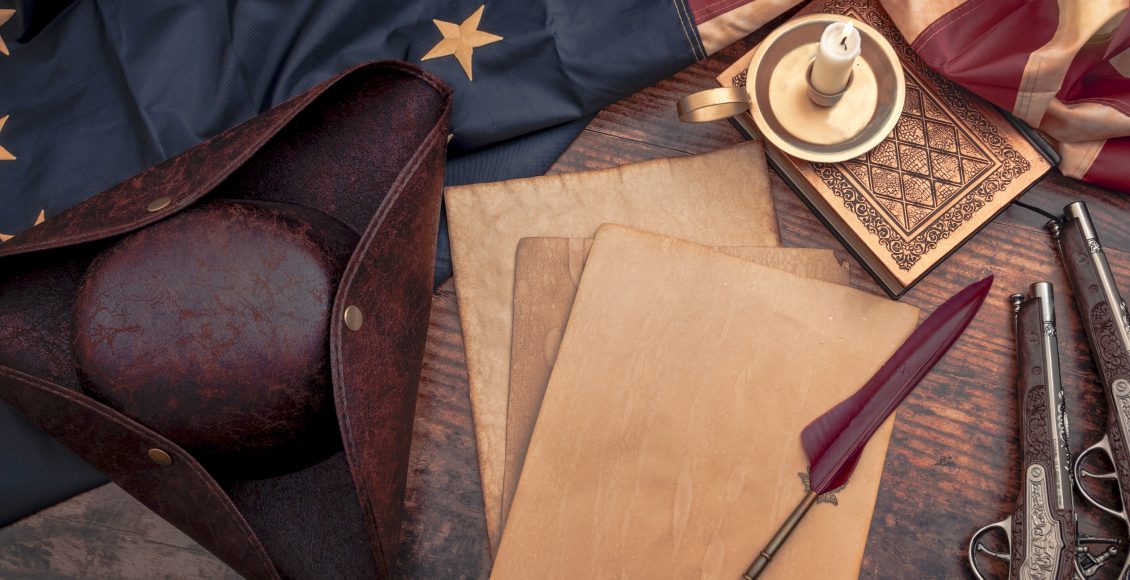 In 1961, during his last visit to America, Winston Churchill, the heroic Prime Minister of England throughout World War II, was asked at a news conference what he thought of the United States Constitution. Perhaps because the Magna Carta, first adopted five and one-half centuries prior to our Declaration of Independence, served as a foundation of government in our mother country, Churchill hesitated before his response, displaying his characteristic dry sense of humor, “I don’t know, it’s too early to tell.”

The predecessor to our current constitution, officially titled the Articles of Confederation and Perpetual Union, had been drafted by the Second Continental Congress after the Revolutionary War and was ratified by the 13 states in 1781. Most historians believe that the Articles failed largely due to the lack of authority given the federal government over the individual states. In recognition of the ineptness of this form of government, the Congress of the Confederation initiated a process which led to the ratification of our Constitution of 1789.

Gaining the unanimous approval of the states proved to be a monumental task. A group called the Federalists favored adoption, advocating a strong central government, but powerful opposition developed among a group called the Anti-Federalists, who preferred a more independent, localized form of governance. Federalists Alexander Hamilton, James Madison, and John Jay, using the pen name Publius, wrote a series of commentaries in support of the new Constitution. The Anti-Federalists, led in part by Patrick Henry of “Give me liberty, or give me death” fame, opposed the proposal, using the pseudonym ‘Brutus’ for its publications. Ultimately, the offer of a Bill of Rights by Madison forged the basis for compromise. Eleven of the original colonies voted favorably for ratification of the “new” constitution, and, within months of the inauguration of George Washington as president, the remaining states, North Carolina and Rhode Island, signaled approval.

A fundamental issue in the debate, however, related to the selection, tenure, and authority of the federal judiciary. Hamilton, the author of the oft-quoted Federalist Paper No. 78, described his vision of the powers of the President and the Congress:

“The Executive…holds the sword…The legislature not only commands the purse, but prescribes the rules by which the duties and rights of every citizen are to be regulated.”

He saw the role of the judiciary, the third branch of government, as limited to the power of judgment and, in order to assure independence of the federal judges, advocated lifetime appointments, subject only to good behavior, as England had done centuries earlier: “The judiciary…may truly be said to have neither FORCE nor WILL…and must ultimately depend upon the aid of the executive arm [to enforce] its judgments.”

The Constitution in its final form embraced Hamilton’s commentary, granting tenure for life so that federal judges were not beholden to either the executive or legislative branches: free to assess the propriety of legislation and to strike any law which “stands in opposition to that…declared by the Constitution….”

In the nearly 230 years of decisions by the United States Supreme Court, Hamilton’s No. 78, outlining the responsibilities of judges, is far and away the most referenced by courts of all other of the 85 Federalist Papers. Article II, Section 2, Clause 2 of our Constitution authorizes the President to “nominate, and by and with the advice and consent of the Senate, shall appoint…judges of the Supreme Court, and all other officers of the United States…” This straightforward “Appointments Clause” empowers the President, upon the creation of a vacancy, to name our federal judges, including the justices of the Supreme Court, but subject to the approval by the Senate. The House of Representatives has no part in the process.

Because Justices may serve until they die in office, resign, retire, or are successfully impeached for “bad behavior,” selections to the Court today have become high-stakes politics in that any appointment is dependent upon cooperation between the President and the party in control of the Senate. To illustrate, after the February 2016 death of Antonin Scalia, regarded by many as a leader of the more “conservative” faction of the Court, Republican Senate Majority Leader Mitch McConnell refused to permit a hearing before the Senate Judiciary Committee for Federal Appeals Court Judge Merrick Garland, who had been nominated by President Obama months before the end of his second four-year term. In contrast, McConnell, less than a month before the presidential election, promised to expedite a hearing for President Trump’s nominee, Amy Coney Barrett, following the September death of Ruth Bader Ginsburg, who helped make up the more liberal faction of the Court. At this writing, the Committee’s Chairman, Lindsey Graham, has begun her confirmation hearings.

In order to provide some context, a total of 114 justices have served on the United States Supreme Court since the adoption of our Constitution. Conversely, there have been 37 unsuccessful nominations to the highest court. Eleven were rejected by the Senate, and 11 were withdrawn by the president. The Obama nomination of Judge Garland and 14 other such nominations by previous presidents lapsed at the end of a Congressional session. Interestingly, six nominees, although confirmed by the Senate, declined the office, and Lincoln’s Secretary of War, Edward Stanton, who was nominated by President Grant, died before assuming the office.

Judge Barrett will have likely been affirmed by the Senate and administered the oath of office by President Trump by the time this article is published. While the President has made no secret of his desire to challenge the results of the November election in the event he should lose and likely hopes that a “friendly” United States Supreme Court, including Justice Barrett, would award him four more years in office, her background and her professional credentials makes a plausible case for her candidacy.

Forty-eight years of age, Judge Barrett was born in New Orleans and graduated from St. Mary’s Dominican High School there in 1990. She earned a Bachelor of Arts degree at Rhodes College in Memphis, magna cum laude, and, after graduating first in her class from Notre Dame Law School, served as a law clerk for Justice Scalia, whose judicial philosophy she adopted. She has taught at George Washington School of Law, the Virginia School of Law, and at Notre Dame. Confirmed by the Senate in 2017 by a vote of 55-42 for a seat on the Seventh Circuit Court of Appeals, Judge Barrett has continued to teach a course at her alma mater law school, commuting between her Chicago judicial office and South Bend. Opposition to her appointment will have been based upon some of the lawmakers’ concerns about the future of Roe v. Wade, a landmark Supreme Court decision which has been the law of the land for almost 50 years. In 2006, then attorney Barrett, who is Catholic, joined in an advertisement supporting a right to life beginning at fertilization. Another issue likely to have been addressed in her hearings involves her criticism of the majority opinion authored by Chief Justice John Roberts, a George W. Bush appointee, upholding the constitutionality of the Affordable Care Act, better known as Obamacare, by a 5-4 vote. Insurance coverage for pre-existing conditions, a popular provision, serves as the hallmark of the Act. Finally, Judge Barrett’s admiration for Justice Scalia and his judicial philosophy includes a broad interpretation of the 2nd Amendment, which would signal her opposition to limitations on gun rights. Suffice it to say, she will have undergone an intensive scrutinization throughout the confirmation process.

Senate Republicans outnumber Democrats by 53-45 at this stage in the electoral process. There are two independent senators, both of whom caucus with the Democrats, which is indicative of a close, but favorable vote on confirmation. In the unlikely event the confirmation has been delayed based upon the election, there could be a different result. Incumbent Republicans are defending 23 seats and Democrats only 12. In order to gain control of the Senate and, in consequence, the majority on the Senate Judiciary Committee, Democrats must take a net four seats from the Republicans—a tall order, but not unrealistic. To several prognosticators, Republicans are at considerable risk of losing seats in Arizona, Colorado, Maine, and Michigan. Democrat Doug Jones of Alabama, who won a close special election against impeached state supreme court justice Roy Moore in 2017, is likely to lose his seat to the Republican nominee. Tossup races, according to pollsters, are in Georgia, Iowa, North Carolina, Montana, and South Carolina, seats now held by Republicans. If Democrats take one or more of those seats, they win the Senate. Should there somehow be a tie between the parties, the Vice-President will cast the deciding vote. So, who will that be? That depends on the presidential election and any litigation contesting the result, an issue that could very well be decided by—you guessed it—the United States Supreme Court.