The Return of the GSM Hot Air Balloon Festival 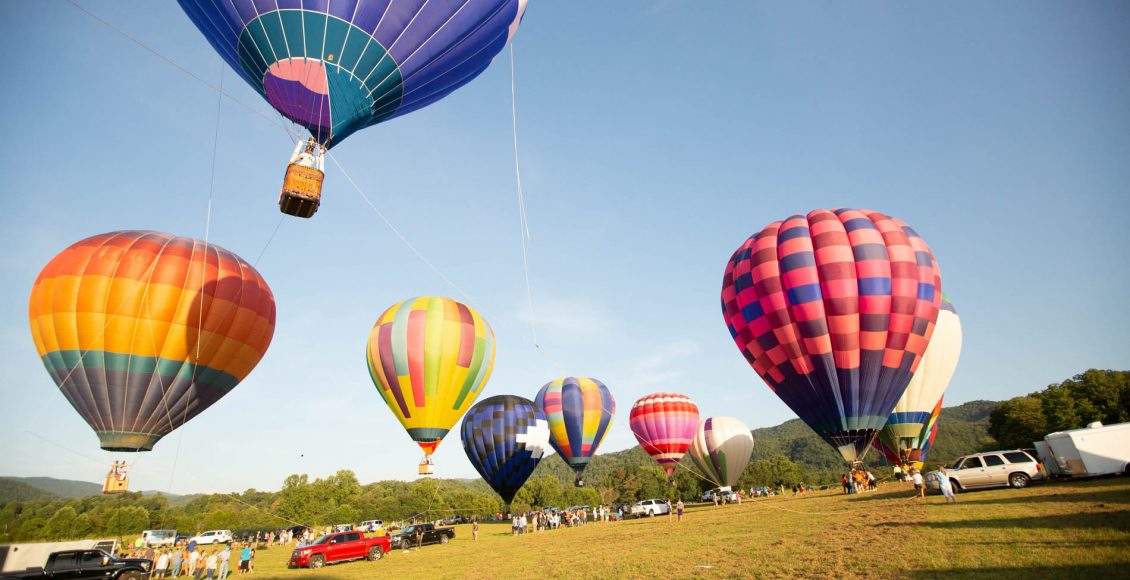 The Great Smoky Mountain Hot Air Balloon Festival returned this summer for an epic evening of community, food, music, vendors, and of course, a stunning array of hot air balloons. Thousands attended the event, which was put on by the Townsend Caves Cove Gateway Alliance in partnership with the Blount Partnership.

Nearly a dozen hot air balloons with owners from across the country glowing brightly in the evening after attendees took tethered rides throughout the festival.

“It’s unbelievable,” says TCGA Chair Mark Oldham. “It’s around dusk and the mountains are the background. The glow of the propane when they start firing up balloons, combined with the field and greenery and mountains, is a surreal thing.”

In addition to sunset balloon rides, dozens of food truck sold local fare; local artisans sold pottery, instruments, and wood carvings; a children’s area swelled with entertainment; and music by local bands filled the air. Proceeds from the festival benefit the TCGA and its work to promote tourism in the area.

And while the festival included more hand sanitizing stations and bottled water than usual, the essence of the event was back in its entirety, the organizers simply happy to be part of the positivity so needed by their neighbors this year.

“The last year and a half has been pretty traumatic for everybody,” says Ashley Pearl Box, Marketing Director for Oldham Hospitality who helps with the event, “so to be part of the mental healing process for the town and to be part of something iconic like the balloon festival that is so looked forward to and anticipated…makes us feel like things are starting to recover.”