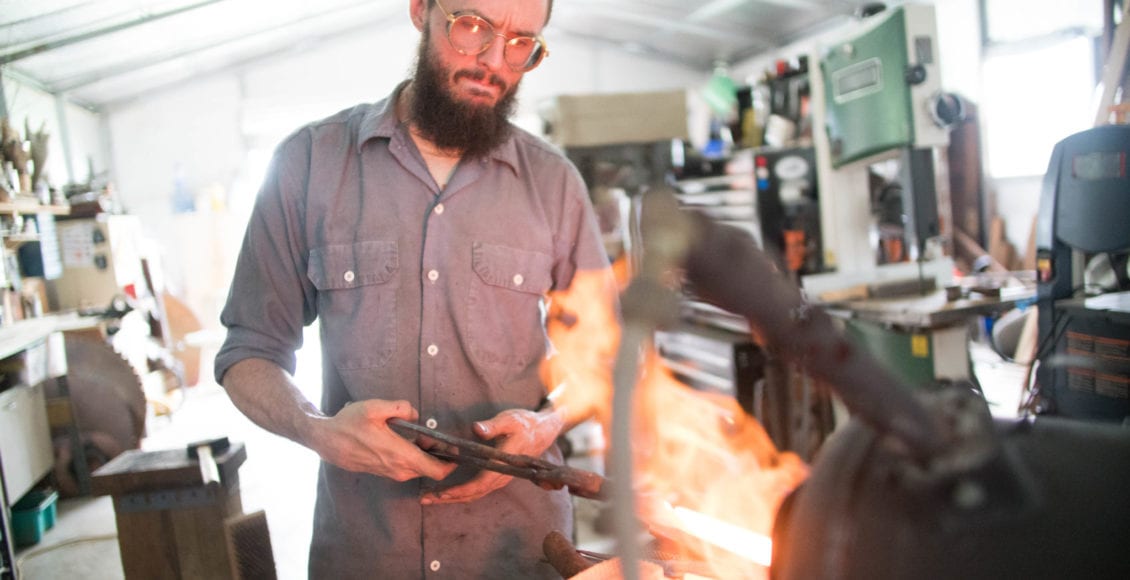 His love of cooking led John Phillips to create the implements with which to do it.

A wood- and metalworker for 15 years, Phillips turned his skills to knifemaking about five years ago after shopping for a kitchen knife and not finding what he wanted. “Everything felt like it was stamped out of a factory. So, I thought, ‘How hard could it be to make a knife?’”

Turns out it was a lot tougher than he imagined. But after doing it about 1,000 times, Phillips has mastered the art, from selecting steel reclaimed from old tools to honing their edges and perfecting how they balance and feel in the hand.

His one-of-a-kind blades, which start at about $500, are used in the Knoxville kitchens of JC Holdway, Rebel Kitchen, OliBea and Southern Sisters Mobile Cafe. They also caught the attention of celebrity chef Sean Brock last year.

“I met him in Nashville, and he bought a bunch of stuff from me, and he started talking about it on social media. Now I’ve got a waiting list of orders several months long.”

Earlier this year Phillips participated in a television competition that showed off his skills, though he’s not allowed to discuss the project until it airs. He also was featured in January’s edition of Garden & Gun Magazine.

Phillips sells a lot of his wares on Instagram and gets orders from around the globe. But his business, Phillips Forged, is still “just one guy in my garage,” he says.

You can find him online at phillipsforged.com and on Instagram @phillips.forged.