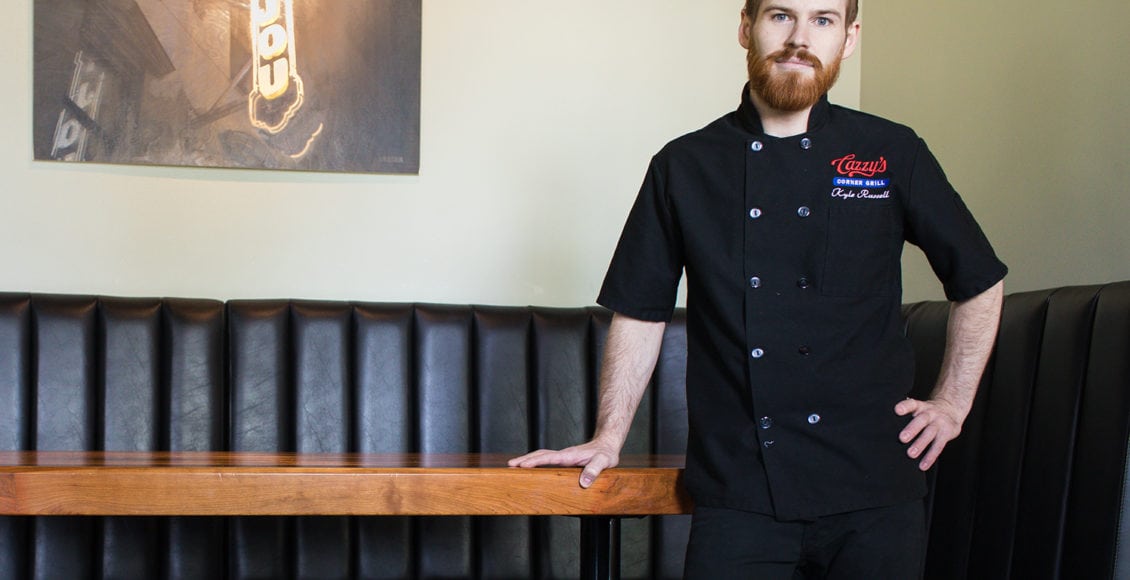 Kyle Russell’s background in science and art, the two degrees he earned in college, forms the foundation for his approach to crafting fine food. He worked at restaurants in town while in school, and while working at Connor’s “realized food was my real calling.” His school-work wasn’t for naught, however. “I find that I incorporate those into my work,” he says. “The science side of it is experimenting, and mixing up different things, and trying out new things. The artistic side is in making the dish look pleasing to the eye.”

Top Chefs was Russell’s first experience at a competition on this scale. “It was pretty overwhelming,” he notes. One of the great things about Knoxville, he says, is the availability of good local produce, meat, and seafood. He’s going to be in the running for Top Chef for the foreseeable future. “I don’t plan on leaving,” he says.

Favorite Food to Eat: “My favorite to cook is just a good steak. I love a good ribeye, but I’m a pan searing kind of guy, I’d rather pan sear my steak than actually grill it.”

Favorite Food to Prepare: “I like sautéing stuff, so anything like pork marsala or ahi tuna. That’s one of my favorite things to make because it looks great.”