Glass sculpture artist Matthew Cummings, owner of Pretentious Glass Company, has found that it is much more rewarding to get your art into the hands of many rather than few.

“After drinking a little too much one day, because that’s when all the really good ideas happen, my friends convinced me to start making beer glasses. I didn’t make functional work at the time.”

While working as a glass artist in Louisville, Kentucky, Cummings opened an Etsy shop in December 2012 to sell a few handmade beer glasses—just enough to offset the cost of the studio. 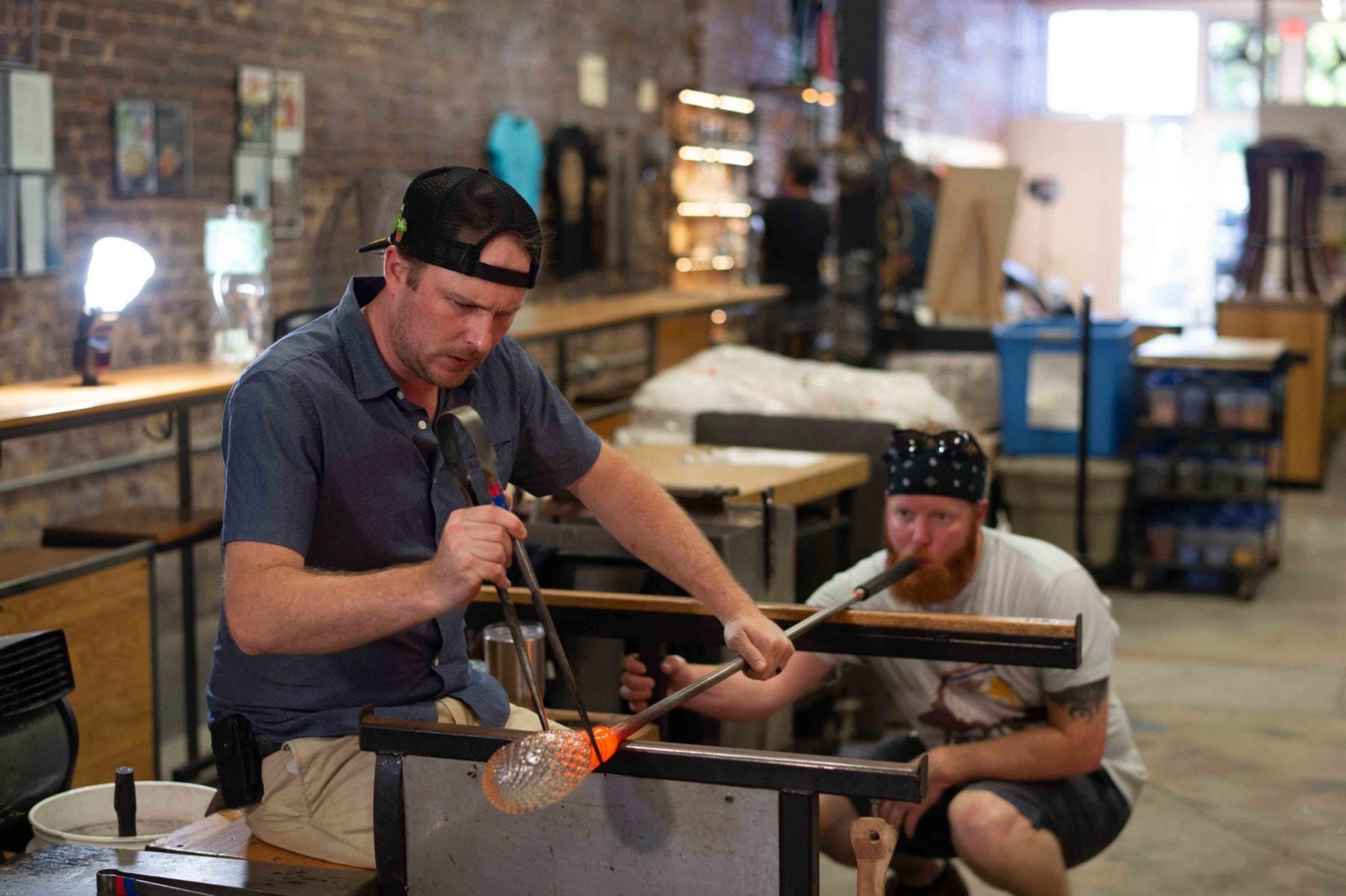 About 7 months later, his shop appeared on the front page of the Huffington Post. Overnight, Cummings went from selling 20 glasses a month to 200 in one night. Cummings and his wife, Stephanie, were interested in moving, and Knoxville seemed like the right market. Pretentious Glass Co. opened  here in 2015. 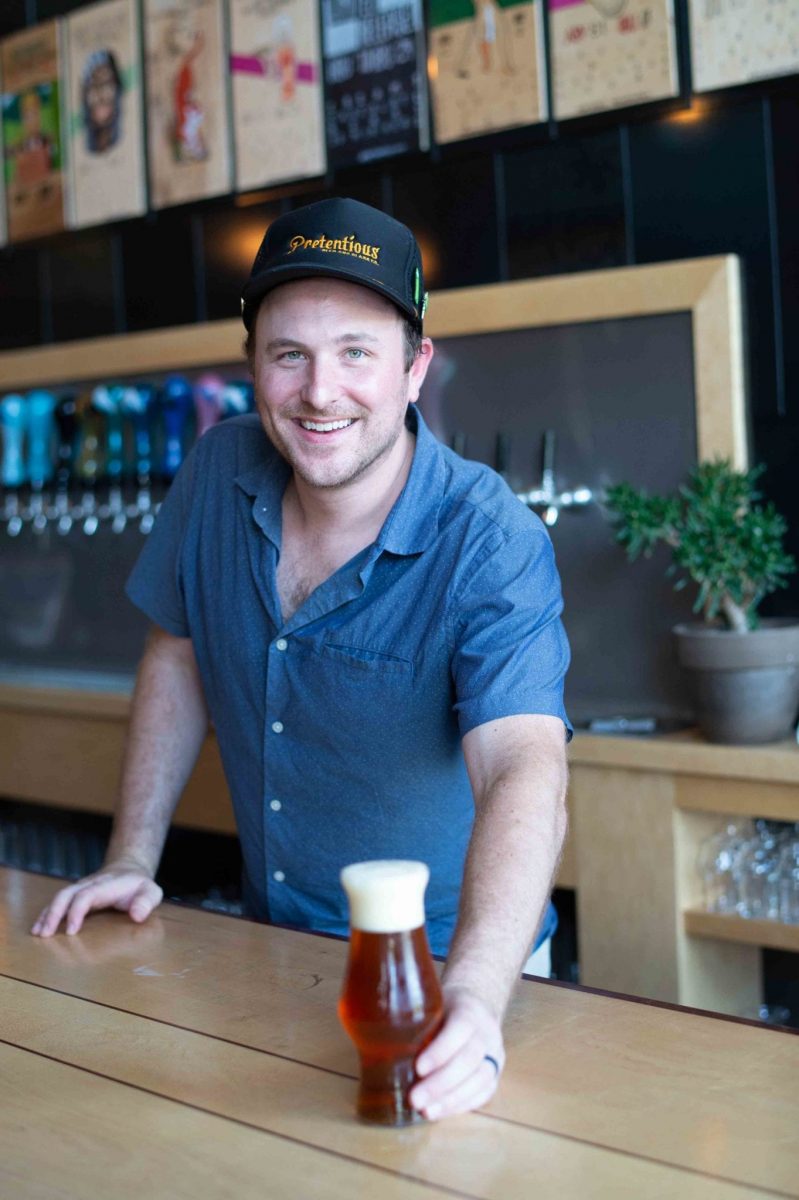 Pretentious Beer Co. was not in Cummings’ original plan, but his passion for homebrews and creating the glasses to accompany them seemed to go hand in hand. With the help of Master Brewer Will Brady, Pretentious Beer has sixteen rotating craft beers on tap, delicious bar snacks and munchies from OliBea, and guests can be entertained by live glass blowing demos.

Although Cummings has now created thousands of glasses, he doesn’t think of it as a production process. For him, it has become “an active form of meditation.”