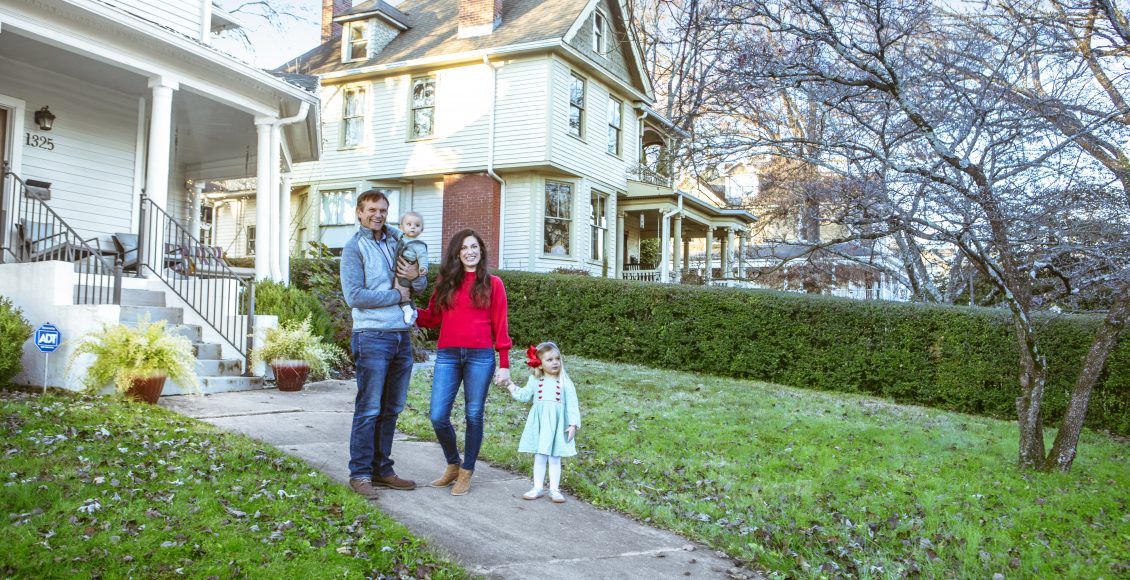 Native Knoxvillian Gary Koontz has been ordering the same meal at Rankin Restaurant on North Central Street since the early 1960s. He remembers well growing up in North Knoxville’s Oakwood-Lincoln Park neighborhood, attending Christenberry Junior High and Fulton High School. And he remembers eating at the diner.

Gary, a realtor with Realty Executives, still drops in from time to time at Rankin’s, a North Knoxville staple since 1953. On Rankin’s Facebook page the diner is described as “the oldest operating restaurant in Knoxville.” The restaurant is not far from The Original Freezo, another retro restaurant in the neighborhood. It opened in 1942 and is the home of a great swirled soft-serve cone.

“I enjoy Rankin’s and order the same thing every time: a hot steak sandwich, French fries and chocolate milk,” says Koontz. Gary, who still gathers regularly with a group of his childhood friends, could never have imagined the transformation he is seeing in the old ‘hood – a group of Old North Knoxville neighborhoods now part of a re-energized residential and business district.

Today, he and his wife, Vicki Koontz, also a realtor with Realty Executives, live in the Rocky Hill neighborhood in west Knoxville. But they are amazed at the energy and evolution of the Old North, Oakwood-Lincoln Park and Happy Holler neighborhoods. These neighborhoods — some of Knoxville’s oldest — have become a vibrant part of their real estate and home renovation portfolios in recent years. Vicki renovates homes under the brand Restorations by Victoria.

Who are these new kids on the block in these urban neighborhoods? Millennials and other new homeowners are coming to the 37917 zip code because they love the older city neighborhoods and hip urban appeal. And they’re just minutes from the North Central Street business district and eclectic downtown Knoxville.

While Fountain City has long been a great choice for homeowners in North Knoxville, the Old North Historic District neighborhood area, covering about 325 acres nearer downtown, is the more exciting new market in Knoxville, says Vicki. “It’s the Sequoyah Hills of 37917.”

Old North Knoxville Park, which includes a playground, gazebo and a paved trail, is across from one of Vicki’s most recent renovations and sales on Oklahoma Avenue, a completely renovated 1899 Victorian home now in blush pink that she calls a “Glam-ma” home. It’s a modern, stylish home full of light that brings out the best of the original design, and it fits right in with the neighborhood’s homes.

“This house spoke to me as soon as I saw it,” Vicki says, smiling. “You don’t paint just any house blush pink, and this house was previously white. The new color is perfect. I’m interested in homes that can be restored to their original beauty.”

The dream of what a house can be is what Vicki says keeps her up at night. Always looking for that original beauty, she only wants her name on projects she’ll be proud of. “Houses speak to me and tell me what they need to become and who’s going to live there. The pink house on Oklahoma fit in perfectly into renovations that have already been completed in the neighborhood.”

After buying it in 2017, Vicki and her contracting team reconfigured the 2-bedroom, 1-bath home to three bedrooms and two bathrooms. “We gutted and completely renovated all 1,800 square feet. That meant a new kitchen, wiring, roof, plumbing, insulation, restoring the old windows and aged plaster walls, and other structural renovations. We also repaired and restored the original heart pine flooring – a wood that I love.

“There was also this section of the house with some bad flooring that needed to be replaced with heart pine—a hard-to-find wood. I love a home with seamless flooring throughout, and so I began to look diligently for this pine,” she said.

Through a friend, Vicki became aware of an old house ready to be demolished on Magnolia Avenue – but not before she looked through its windows to check out the flooring: heart pine.

“I love to tell this story because my pink house on Oklahoma now has a piece of Magnolia Avenue inside it,” says Vicki, smiling.

These historic homes are rigorously inspected, and her house on Oklahoma was no exception. The healthy scrutiny helps ensure the historic integrity of these homes – many of which are more than 100 years old.

What do millennials want?

Vicky and Gary Koontz watched Old North’s residential growth begin to explode in 2017, and Vicki believes it is part of an outgrowth of downtown Knoxville’s exciting renaissance. Gay Street, Krutch Park and surrounding streets have become a charming mix of businesses, residential spaces, theaters, restaurants and outdoor venues – a district that is highly walkable, safe and friendly. In the past 15 years, this evolution has extended to surrounding districts such as North Central Street – or “Downtown Central” as Vicki calls the updated area.

“These new homeowners want community. They want to walk, bike and ride a bus to downtown, and the Old North neighborhood is just minutes away,” notes Vicki. “We have to attribute much of this residential growth to what downtown Knoxville has become.”

Nearby, the North Central Streetscape was completed in 2019 and brings a remarkable new look to sidewalks, landscaping and street design. The $6 million transformation covered 13 blocks and added 43,000 square feet of green space and resurfaced streets and sidewalks. The progress complements the growth in the Old North Historic District and throughout the surrounding residential area.

The grace of historic homes with friendly front porches and tree-lined streets and sidewalks is exactly what younger homebuyers are looking for—neighborhoods of special character, says Vicki. “This is a great way of connecting, and there are only certain parts of town that have all these amenities. Subdivisions haven’t always offered this. Homeowners drive into their subdivision and straight into their garages, using their remotes. They walk into their homes without really seeing anyone much on their street.

“The bar has been raised here in Old North. Restoring here is extensive for our new home buyers: new kitchen, baths, etc. You’re getting an older home, but with everything new,” she says. “The historic designation of Old North is just so special.”

Neighbors are friendly and are out and about with pets and children greeting each other, and the neighborhoods are safe.

After looking in the Old North neighborhood for a while, Marshall Stair and his wife Natalie bought a home in 2014 on Armstrong Avenue. Marshall is a former city councilman and an attorney with Lewis Thomason, P.C., in Knoxville, and Natalie works at home. The couple has two children: Stella, 2, and Watson, 8 months old. “We especially loved the house and had been looking in the neighborhood for a while. What drew us here was the historic charm of the area, sidewalks, and easy access to downtown,” says Natalie Stair. “Also, Marshall’s brother lives a few blocks away.”

And the best part of living in Old North? “Without a doubt our neighbors,” Natalie says. “It is a diverse group of people, and we have enjoyed getting to know them. This year we have been limited by COVID and a new baby.”

Marshall and Natalie enjoy the local shops, bakeries and restaurants that continue to pop up nearby, saying that the streetscape project on North Central has greatly improved the aesthetic of the area.

Building a neighborhood back

Vicki Koontz comes from four generations of families in the building business, so real estate came naturally when she began working in the business about 30 years ago.

Her first house restoration came in the 1990s amid a bit of unsurprising fear. “I very tentatively —I was scared to death—renovated my first home, and I sold it! And since then, especially in the last few years, it’s been like a blessing to have many opportunities to restore houses. Restoring is something I love,” she says.

Since the mid-1990s, she has restored and sold about 50 houses, with 8 of them in Old North Knoxville and a new project coming in 2021 on Oklahoma Avenue. She’s also working to renovate a house on Atlantic Avenue in the Oakwood-Lincoln Park neighborhood, an area she says is the next hot spot for new home buyers and sellers – “especially with these very low interest rates.”

Gary Koontz and some of his Old North childhood cronies were full of memories recently in a gathering at Old North Knoxville Park. Gary met up with Gerald McGinnis and David Swanner, who are both mostly retired from a variety of vocations and professions. They are watching the stunning growth and change in the Happy Holler, Old North and Oakwood-Lincoln Park parts of North Knoxville, the areas where they roamed as kids.

Their childhood memories of the 1950s and ‘60s include Lincoln Park and Oakwood Elementary, Christenberry Junior High and Fulton High School, a bit of mischief, “climbing” Sharp’s Ridge, many days at the Boys Club, one of them working part time at Porky’s Pool Room in Happy Holler … and more. They’ve watched race relations greatly improve in all the Old North neighborhoods and see the positive impact of diversity and inclusiveness today in the area.

And what about these newer generations of homeowners who are making these historic neighborhoods their own? They, too, will have stories to tell, memories to share, as part of this ever-evolving district – one of city’s most iconic.