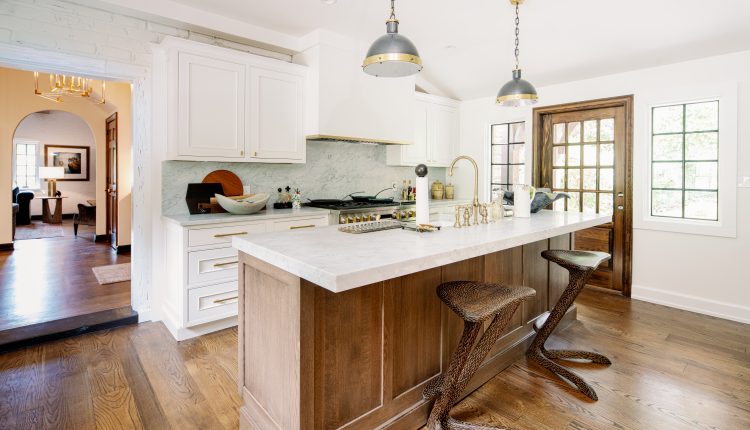 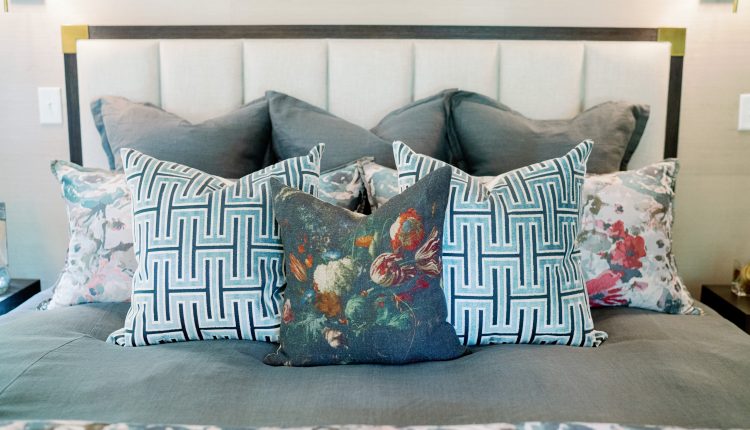 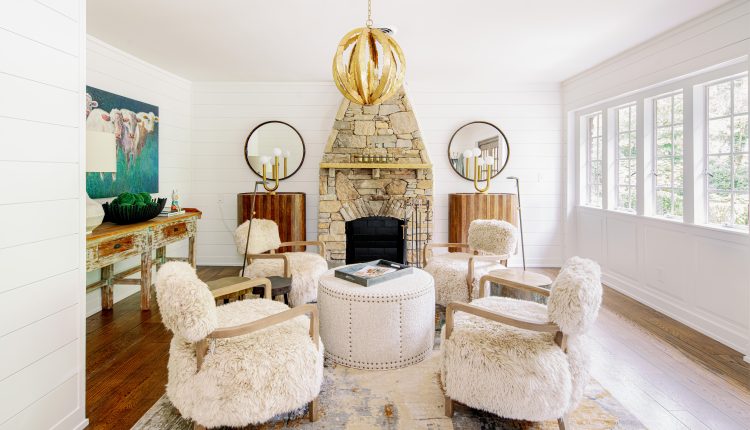 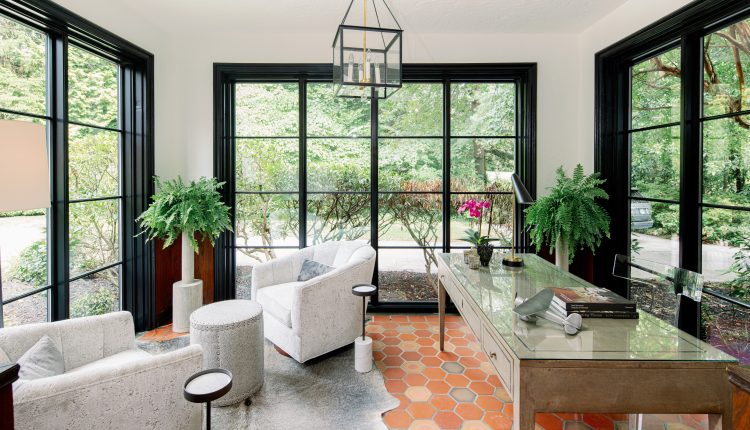 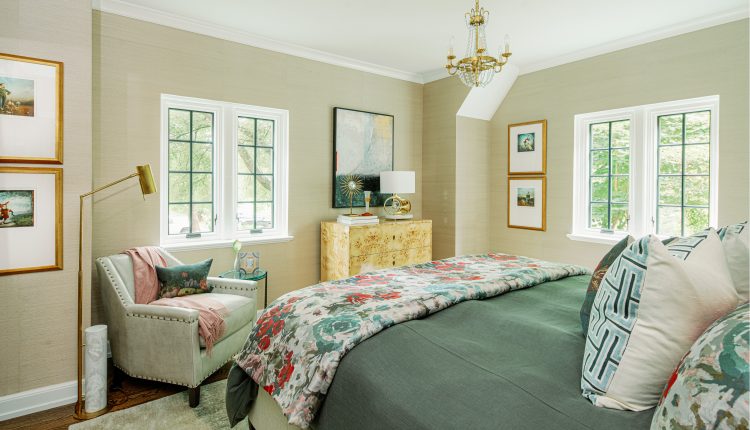 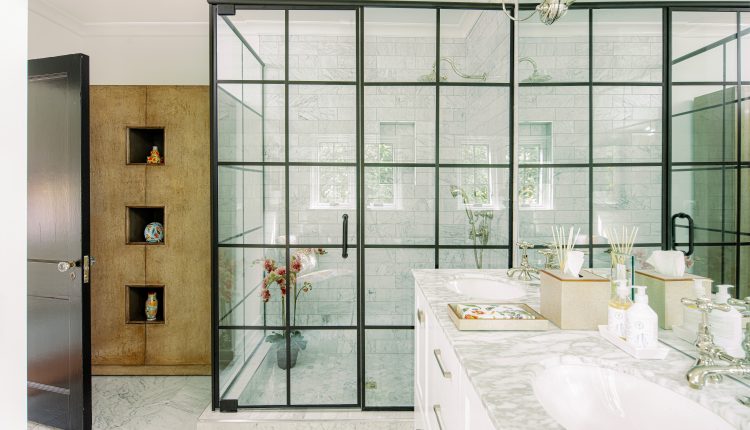 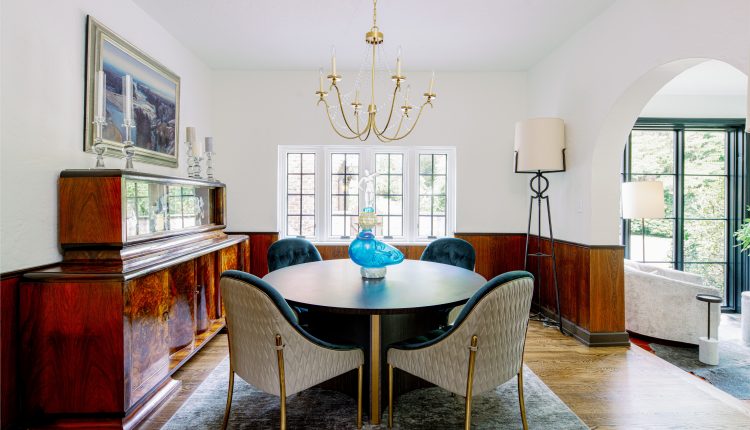 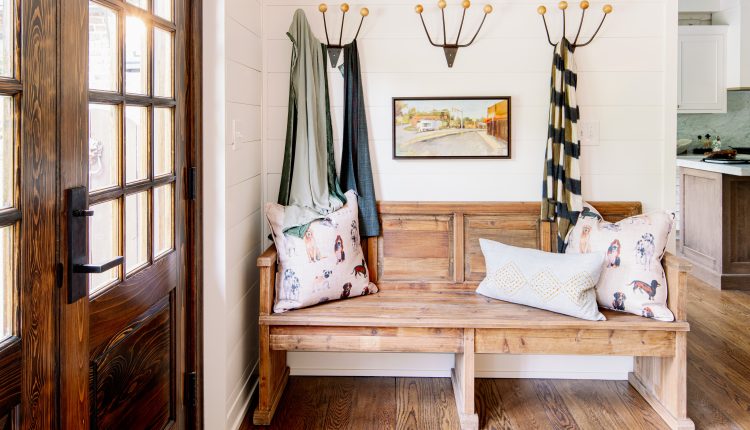 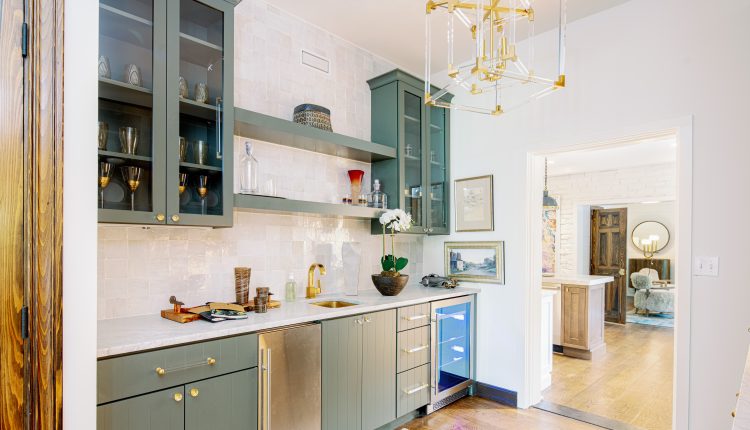 Veteran Knoxville home designer and realtor Stacy Jacobi always wanted to host a show house with glamorous tours and parties—but with a twist. All the money goes to charity.

It all began with what Jacobi thought would be a traditional house flip, which is a type of real estate investment in which a person buys a property to sell for profit. When a realtor friend showed her a special house earlier this year, Jacobi “saw the home and thought it was beautiful.”

Renovating this 4,200-square-foot 1929 home on Cherokee Boulevard was a massive undertaking. “Four-and-a-half months seemed like record time with COVID,” she says. It was the start of a one-of-a-kind project that would benefit one of Knoxville’s most visited destinations.

As someone who grew up on an Oklahoma farm, Stacy says her childhood was full of time outdoors and fun projects. “I’m my father’s son,” she says, smiling. But that desire to dive in to projects that excited and challenged her never left. When she grew up, renovating houses along with her flair for home design became her passion. A licensed realtor since 2000 with Keller Williams Signature Real Estate, she has renovated or led new builds of more than 20 houses.

She and her husband David have lived in Knoxville since 2001, raising their family. The couple has three daughters, two in college and one working. David’s work took the family on moves “all around the country” before they landed in Knoxville. They settled into a 1939 “cottage” on Sherwood Drive three years ago. “It’s now in its second renovation,” Stacy says.

”You need to see this house.” Those were the words that gave Stacy pause earlier this year.  A friend and colleague told her about a very old house that had never been renovated. When she arrived, it turned out to be bigger than she thought. “I fell in love with that old house, and I wanted to bring it back.”

And so she did. By April, Stacy closed on the house, and by the end of the summer completed its renovation, working alongside Brian Floyd Construction. Other Knoxville area vendors involved in the project included Smokey Mountain Tops, Integrity Tile, Ferguson Bath, Kitchen & Lighting Gallery, Dixie Kitchen Distributors, and Closets by McKenry.

Leaving her more modern signature design style, Stacy kept many traditional features in the home, respecting woods and lighting. And yet, she completely renovated the main house, its guest house, and its maid’s quarters. It would end up becoming a million-dollar project.

“My typical style is white brick painted houses and white kitchens—more modern transitional than dark traditional,” she says. “This home had so much character with the clinker brick, original wood-stained door, and slate roof. Painting it and making it white didn’t seem to be right for this home.”

Stacy kept the general footprint of the home and its 9 ½-foot ceilings. She embraced its rosewood interiors, terra cotta tiles, massive stone fireplace, and plaster walls.

Then there was the brick exterior. “It’s clinker brick, a different texture,” she says. Clinker bricks are produced when wet clay bricks are exposed to excessive heat during the firing process. They have a shiny, darker-colored coating. Clinker bricks are so named for the metallic sound they make when struck together.

“These bricks also protruded off the outside of the house as part of its design. I didn’t want to change any of this. I didn’t want to take that away,” she says. “This house was simply so different to me from any house I had ever worked with.”

The wood front door would stay, too. Stacy reached out to Meagan McReynolds of Farm Chic Creations to strip and restore it. She also had the original terra cotta tiles reglazed, giving them a fresh, new look.

Seamlessly mixing original with new, Stacy smartly opted for replacing the windows with Pella casement energy efficient windows in a design that worked well with the old house.

Other stylish upgrades included a new master suite created by combining two bedrooms on the main level, something she thought new homeowners would love. She was also able to connect the front and back of the home by opening up an archway. From there, the kitchen was expanded, with the help of Dixie Kitchen, to include a butler’s pantry with ample storage.

The design called for a hood over the range, but it required dropping the ceiling down to make everything look symmetrical in the kitchen. “There are a lot of design challenges when you’re working with a home that old,” says Clark Coffey of Dixie Kitchen, “but Stacy and I worked through it and came up with a great plan.” The hood became the room’s focal point, along with the Dura Supreme custom inset cabinetry.

Finding Space to Give Back

As Stacy pondered the huge business of renovating and selling the house, a new idea took over. “I’ve always wanted to give back, and we have always tried to do our part,” she says.

But she had never tried the totally different idea she was about to undertake. “I always wanted to do a show house and hold tours with all the money going to a charity.”

Lakeshore Park was an easy choice for Stacy. Her family has enjoyed this park’s open green spaces and trails for many years. “We’ve loved this place for a long time,” she says.

When Lakeshore Park Conservancy’s Executive Director Julieanne Foy was contacted about the idea, she was thrilled. The conservancy manages the park—one of Knoxville’s most beloved city parks and its most visited. And Foy was familiar with the unusual home having grown up in Knoxville. She found the collaboration perfect. “Stacy worked with Lucas Haun, who is on our Friends of Lakeshore Park committee this year, and the two also work together at Keller Williams.”

Stacy had a unique vision for this project, Haun says. “Traditionally, you’ll see things like this on special new construction homes. It’s very rare that it’s done on an old historic home like this.”

When the house was completely renovated, Stacy says, “I had about a minute to stage it with Jeannie Bennett,” owner of Bennett in Knoxville. Bennett worked with her lead designer Robert Shipley to transform the house with furniture, getting it ready for the fundraiser.  She took the time to make the house “simply beautiful” at no cost, Stacy says, embracing the dream of donating the proceeds to charity and furnishing it in four days. “Bennett showcased this big house unbelievably.”

Suddenly the frenzy of planning had begun, starting with Jacobi’s social media planner Heather Young. In just three weeks, they were ready for a special VIP event and a three-day tour of the house. Both included fun and lively offerings: food, coffee, donut and pizza trucks, and wine from Ashe’s Wines and Spirits. There was even live music by Joshua Washington from Knoxville’s Community School of the Arts.

More than 1,000 people walked through the vintage house during the three-day tour. When all was said and done, the VIP event and tours together raised close to $22,000.

Foy was overjoyed. “The open house was the first fundraiser of this type for Lakeshore Park, which typically hosts two to three events a year,” she says. “It’s a totally unique idea and a fantastic idea that was a huge success.”

And it had its benefits for the real estate industry as well. “It showed how a historic cottage property could live and how you could entertain there and how you don’t necessarily have to have a big sprawling open floor plan in order to entertain,” Haun says. “It also showed a lot of people a little bit more about how you can take an older home and make it something really special. It has a new feel and an old feel, but is still very functional and practical.”

The hard work paid off. “Events like this benefit everyone involved,” Foy says. “Stacy is extremely talented, and her whole team pulled off an amazing event.”

For Stacy, using homes to benefit the community has become a fulfilling part of a lifelong profession and craft she loves. And she’s already found the next big project.

About Lakeshore Park Conservancy and Why it Matters:

Lakeshore Park Conservancy is a non-profit 501(c)(3) corporation responsible for the operation, management and enhancement of Lakeshore Park, a general recreation public park located in Knoxville on the banks of the Tennessee River. According to its website, the conservancy was formed in 1996 with a mission to manage, preserve and enhance the park, and to build a community dedicated to conserving the park for the future.

Lakeshore Park opened in 1995 on 60 acres of leased land at the Lakeshore Mental Health Institute and has grown and evolved over the years to 185 acres owned by the City of Knoxville and managed by the conservancy. Lakeshore Park is the only general recreation park in the City of Knoxville developed through a public-private partnership. With contributions from the public and friends of the park, the conservancy manages day-to-day operations at the park, supplements the basic services provided by the city and builds new park improvements.

With approximately 1 million annual visitors, Lakeshore Park is the most visited public park in Knoxville.

Users can walk, bike or run along extensive greenways, enjoy a youth sporting event, stroll by the riverside or soak in unparalleled views of the Great Smoky Mountains. Learn more at www.lakeshoreparkknoxville.org.

Mary Leidig is a former newspaper journalist, now a marketing and branding strategist who loves telling the stories of Knoxville and East Tennessee as a freelance writer. She also loves anything outdoors with her husband and family—biking and hiking on Knoxville’s greenways and in the Great Smoky Mountains.

My Challenge to You