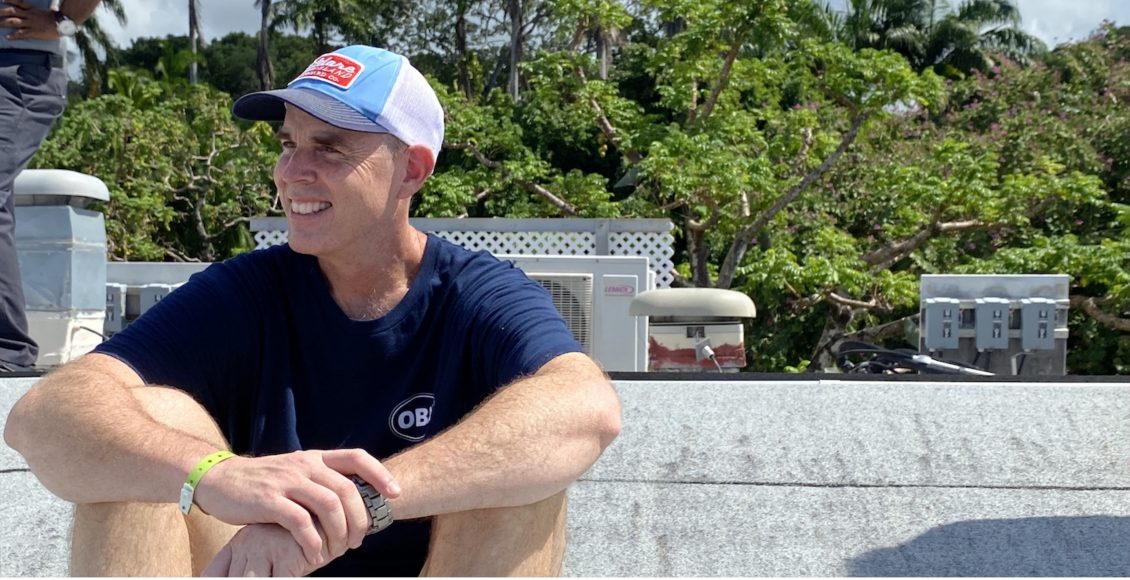 Knoxville writer Shannon Burke is busy working on the pilot for his second show for Netflix.

With four novels under his belt and a successful first season of the Netflix series Outer Banks, Burke is busy finishing the pilot episode of another possible series, Blue Ridge. He and co-writer Josh Pate have also completed the second season of Outer Banks, and with luck, it will air by the summer.

His success never ceases to surprise him, he says. An English major who graduated from the University of North Carolina at Chapel Hill, he was a writer plugging away at his fiction while also working as a medic in New York City when a Hollywood director, through a mutual friend, came upon an unpublished copy of Burke’s first novel Safelight. “He called me up and wanted to produce it and asked me to come to L.A. to work on the script. It was the first job I had as a writer, and then the book got published, and since then I’ve kept publishing fiction.

“I almost can’t believe it worked,” he says. “It was sort of a lark, then one thing led to another.”

He moved to Knoxville in 2001 to be with his two boys when his ex-wife accepted a teaching position at UT. But it was the Tarheel connection that later led to his Netflix series.

“I knew Josh Pate through a mutual friend, and he was also a UNC grad. In 2017, when Carolina won the NCAA national championship, we connected during the playoffs. Josh had read Savage Country (another of Burke’s novels) and suggested we do something together, so we started kicking around ideas. And they evolved into Outer Banks. It’s a teen mystery series, and it involves kids who are without power after a hurricane, and later a treasure hunt. We pitched it to six places and got two offers and ended up going with Netflix. They order a pilot episode, and if they like it, they order the series.” Netflix did, and Burke and Pate went to work.

Outer Banks was filmed on the docks and in shacks in the Low Country marshes around Charleston, South Carolina, and Burke and his boys were on hand for the filming. His sons were extras in a few scenes and, being in the demographic the show is aimed toward, sometimes critiqued early cuts.

“It was a real hit, which is very satisfying and a little bewildering. It sort of doesn’t seem real,” Burke says. In fact, Outer Banks won a People’s Choice Award for Bingeworthy Show last year for its first season.

“People are always asking me how to make it in this business, and my own career seems so unplanned, I don’t know how it happened,” Burke says. “There’s no magic way to break in. Just keep writing and get confident in your craft. And bit by bit, things start happening.”