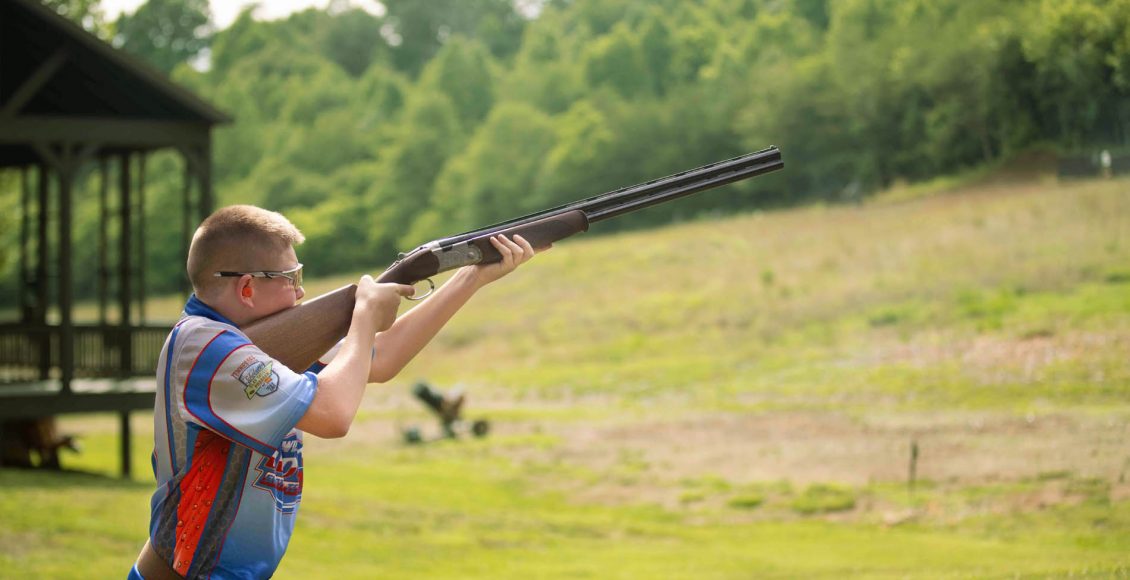 It’s a fall day in September. The sun is warm on my face. The cut cornstalks break underfoot as I walk with my dad and his friends through the cornfield recently cut for silage. Dad is carrying his 20-gauge Browning Over and Under; Uncle Bob and friend Johnny are all walking side by side, semi-automatics in hand. I am slightly behind, my trusty single shot bb gun at the ready. I hang on to every word they say as if they somehow hold the secret formula for transformation from boy to man.

I admire my dad and his friends, trying constantly to emulate them. Summoning my courage, I ask, “Dad, when will I get a shotgun?” All three stop and turn. My interruption had caused an awkward moment, but the three simply chuckle, and my dad says, “Be patient, son. Your time will come soon enough”.

It seems like it takes forever, but the day finally comes. He suggests we go for some shooting practice, and when he pulls out that Stevens 410 Side by Side, I am stoked. It is a thing of beauty. I imagine he probably got into trouble with my mom for spending so much on it. But I am grateful, and my excitement matches my gratitude. We head off to a large field where Dad produces a funny-looking, spring-loaded tool with what looks like two fingers at the end. It is a wooden-handle automatic hand trap clay pigeon thrower. He spends the afternoon—and several boxes of shells—teaching me how to shoot skeet in preparation for the fall hunts.

The sound of Troupe’s car door shutting pulls me back to present. I hadn’t even realized how lost in memory I had become as we arrive at the Smoky Mountain Gun Club in Louisville. As we walk inside, facility manager Keith Reeves takes a moment to review the range rules. We head out to the five-stand with an instructor, and I am a proud father as I watch my son take his first shots at moving targets. Several boxes of shells and a lot of fun later, we are ready to call it a day.

I wanted to ask Keith if he knew of any school programs in the area. My friend, Bruce Fox, now the chairman of the Tennessee Wildlife Federation, had told me that the youth sporting clays programs in our region are some of the best in the country. Keith is quick to confirm. Blount County has two such programs, and one of them practices at this club. One of the kids is even a national champion.

The next time I arrive, I am there to meet Ashley Sellers, a three-time national champion and a member of the William Blount Shooting Team. Ashley looks like most teenage high school girls, sweet and friendly, easy to talk to. But when she slides the shells into that Beretta Silver Pigeon and snaps the breech shut, there is a certain intensity that suddenly appears, as if out of nowhere.

“PULL!” she calls out. Seconds later, two clay pigeons are shattered mid-flight, one after the other. I can’t help but be impressed by her shooting. She makes her way from station to station and rarely misses.

I speak to several of the kids that day, and they all seem to be a little more squared away than the average teenager, much more conversational, not an iPhone in sight. It feels like I am stepping back to the days of my own youth, where you paid attention to what you were being taught and respect for your elders was not merely a suggestion, but a necessity. It’s refreshing.

I introduce myself to Bill Huskey, a multi-decade team coach, and Ashley’s father Jeremy Sellers, also an assistant coach. The level of parental support on this team is heartening. Bill has me laughing in no time with his colorful anecdotes of the past and photos of hunts where the game was plentiful. Jeremy is just as enthusiastic, but with the watchful eye of a father, hopeful for his daughter’s continued success.

I am so impressed with what I see at the range that as I get in the car, I call Bruce immediately and ask if he will accompany me to my interview with William Blount’s head coach, Jim Hartman.

When the interview day arrives, I am sitting on the tail end of my Suburban when Hartman pulls in. He steps out of his truck and glances at me; I know with that glance he is sizing me up. He speaks to the other coaches then turns to me, reaching out his hand and smiling. Bruce arrives, and we find a shady spot to talk.

I am unsure what prompts the remark, but Bruce leans over to me and says, “Don’t tell him what I do.” I decide to embellish a bit and tell Jim that Bruce is a professional dog handler.

He perks up: “He is a professional dog handler, really? For AKC (American Kennel Club)?”

“Do you know a Ken Campbell at Lucky Seven down in Monroe County?” Jim asks.

“We run a lot of dogs together over the years, Ken and I, but things have changed…..”

Well, I am going to leave it at that, but suffice it to say I sit silent for at least 15 minutes while the two of them compare notes on a variety of subjects.

My desire with this discussion is to drill down and understand exactly how this man has built the largest and most successful sporting clays team in Tennessee. Bruce’s level of understanding of the sport makes him the perfect companion for the discussion.

I find out that Jim never actually planned on being the coach. His child was one of the first seven students the year the program started; he became an assistant coach by happenstance. When the head coach had to move, they talked Jim in to taking over the program. When he relays that this is the “most rewarding thing I have ever done,” I really pay close attention.

“If you want your kid to learn firearm safety, if they want to have a chance to participate in the sport, if they want to learn to hunt, we’re going to make that available to them,” he tells parents at the start of each year.

“If you want them to learn to have fun and get along with other children, build self-confidence, improve their scores in school, take on personal responsibility, those life traits that make you successful after you leave primary education, then this might be for your child.” That’s exactly the kind of program I sought when my sons were younger.

It took Jim a few years to really get the program rolling. At the start, it cost about $2,500 a year for a student to participate, a price Jim was aware would be inaccessible to many interested families.

“A lot of these parents can’t afford that. That’s what I heard the first year. So we spent the second and third years figuring out how to make this free to these kids. And we’ve done that.”

Jim and his team have approached fundraising in a variety of ways, but by now they’ve got it down to a science. And it has resulted in students needing to only pay a fraction of the actual cost to run the program. “These kids pay $50 to the state to register, and they don’t spend another nickel for the rest of the year.” The program provides the practice ammunition and entry fees to their competitions. In addition, they are able to award five to six college scholarships each year.

This focus on secondary education is one Jim seems particularly proud of, and for good reason. “There are several colleges across the United States that have programs where they’ll offer full scholarships to these kids,” he explains. Each year, Jim and his team are able to help one or two students obtain full scholarships at one of the participating colleges, such as Texas A&M, East Tennessee State University, and Bethel University.

“We don’t aim to produce championship-level athletes. We’re producing people. I’ve seen more young adults succeed than I would have ever imagined. I’ve sent one to team USA. I’ve got an international champion. This team (produced) a three-time national champion. This team does very well at the regional and state competitions,” he says. “Every year, we’ve got a pistol shotgun team that’s won every state championship that touches the state of Tennessee to the point they can’t compete out of state anymore. They don’t want them up there because these kids from Tennessee go to Kentucky and go to Georgia and go to South Carolina and they win their state meet.”

I am almost speechless. Sitting here is a real-life hero. I am both humbled and awed. I can’t help but think that if the world had more people like Jim Hartman, then the world would have more well-adjusted kids like Ashley Sellers.

Everyone needs involved parents and mentors. Jim Hartman has been a mentor to countless youth, all of whom, I am sure, carry his and the other coaches’ lessons with them throughout their lives. I left with a high regard for a man, his fellow coaches, and a program that I didn’t know existed a few months ago. This common-sense-approach to learning outside the classroom has improved these students’ lives, and that is the very kind of program that we need more of for our youth.

A Problem Staring Us In The Face

The Magic of Tailwaters