Jerzy and Elzbieta hit the bullseye in archery and physical therapy. 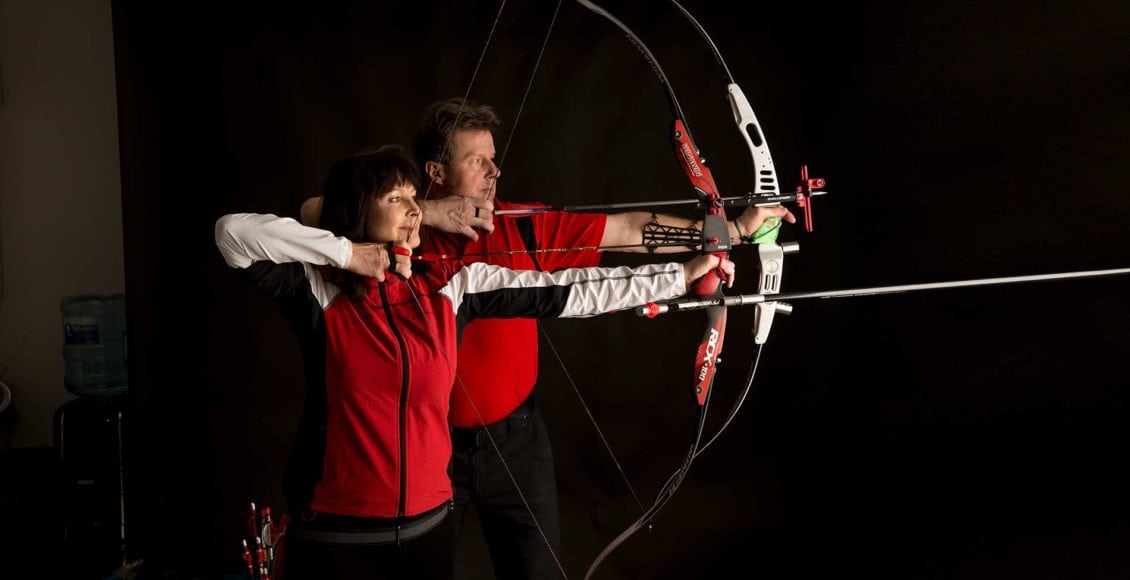 In 1994, Jerzy Tworek was joined by his wife, Elzbieta, as they pulled up stakes and moved from Poland to the United States. Both have found success since moving and settling in Knoxville in 1997. Jerzy is a physical therapist who opened his private practice, Integrated Physical Therapy, in 2005. Elzbieta is an archer and educator, and taught physical education at Pellissippi State for 14 years. She now runs her own archery club, The Olympic Arrow.

Jerzy has been practicing physical therapy since 1983 after attending the Academy of Physical Education in Warsaw. Applicants were required to pass an exam of physical challenges before being able to take written exams in math and the hard sciences. This kind of background gives Jerzy a perspective combining first-hand experience with medical knowledge in order to treat physical injuries.

Jerzy was inspired to continue his education after Elzbieta suffered a serious injury. She underwent a form of physical therapy unfamiliar to him, allowing her to avoid surgery. He completed his graduate degree from the school of Integrative Manual Therapy in 2006. Jerzy views being a physical therapist as a two-way process between him and his patients:

“Working with one patient at a time I developed perceptions in my hands allowing me to feel the fascial rhythms in the human body. Ibecame able to understand and learn about my clients’ complex problems and help them solve them. The gift of my hands became a significant learning tool to learn about the reality that I live in. I am grateful to my teachers who helped me on my path.”

Despite being married to a champion archer for 33 years, Jerzy took up archery only six years ago. He has won multiple medals in the sport, including the gold in the National Senior Games in 2015 and 2017; he also set a new record in the Tennessee Senior Games in 2016. He received the gold pin from the Adult Archery Achievement Program for his high score in the 2016 National Outdoor Championship. He is currently the only person in his archery club to have achieved it. Jerzy credits his achievements to his wife.

Archery has been Elzbieta Tworek’s passion since childhood, and she describes it as “love at first sight.”  A childhood fascination with American Indians drew her interest toward the bow and arrow, leading her to eventually join a local archery club. She would go on to become the national champion in her age group a year later, earning a place on both the 1980 and 1984 Polish Olympic archery teams. Unfortunately, she was not able to compete in either due to an injury in 1980, and a political boycott led by the Soviet Union in 1984. When asked what has caused her to pursue archery for over 40 years, Elzbieta responds:

The Tworeks decided to settle in the Hardin Valley area of Knoxville in 1997. They believed that there would be substantial career opportunities for Elzbieta in Knoxville, and their thinking proved to be correct. Elzbieta would spend the next 14 years developing the curriculum for archery at Pellissippi State, one of her proudest achievements. She has also taught physical education and developed summer camps for children. For Elzbieta, part of archery’s appeal is in it’s simplicity and instant gratification:

More recently Elzbieta has established her own archery club where she is training a new generation of archers. Being an educator goes hand in hand with her competitive nature, providing the opportunity for being a role model to her students. Elzbieta has led her students to achieve high rankings in national and state level competitions, bringing home multiple gold, silver, and bronze medals.

“I want to teach, and I want to compete. Competing is for being a role model…And I also like competing…I just love sharing this. And this is what I want to do.”

The Tworek’s story reads similarly to the Old West tales that fascinated Elzbieta as a child. They pulled up stakes and headed west to an unfamiliar place in search of a different life. Their presence in Knoxville has resulted in positive change for their patients and students, and their hope is to continue what they began 34 years ago.

Do Away With Debt Weight