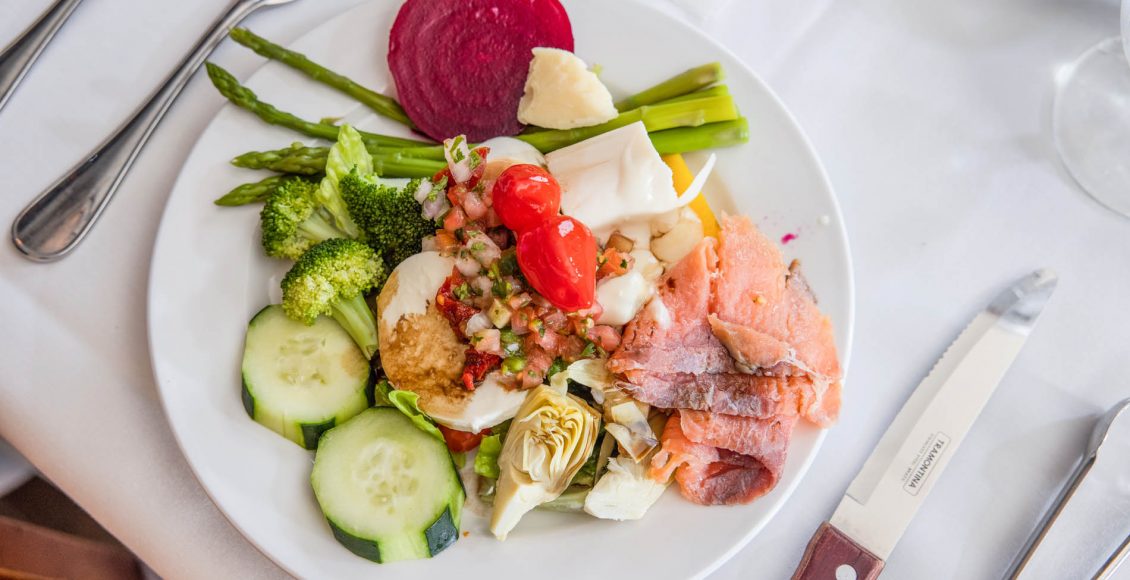 At Brazeiros, fine dining meets a Brazilian tradition of generous offerings of carne

If you get movie star treatment from owner Vilmar Zenzen at Brazeiros in Bearden, it’s because he’s had practice. After he launched a churrascaria-style Brazilian steakhouse in Beverly Hills, Zenzen’s regulars included Brad Pitt, Janet Jackson, Jennifer Lopez, Leonardo DiCaprio and the star’s then-girlfriend Gisele Bündchen. Like Bündchen, Zenzen is a Brazilian of German ancestry from the southern state of Rio Grande do Sul, where gauchos in bombachas (cowboys in loose-fitting black knickers secured with wide leather belts) roam the Pampas, and churrasco cuisine (roughly, Portuguese for barbecue) got its start.

Zenzen grew up on a Rio Grande do Sul farm and started washing dishes at a São Paulo steakhouse at 17. He worked his way up in a family business and was dispatched to start churrascarias in Dallas, Houston, Atlanta, and Beverly Hills. Zenzen and his wife, Renata, moved to Knoxville and opened Brazeiros 11 years ago. “Our goal is to offer the same level of service as we did in L.A.,” he says.

During the pandemic slow times, Zenzen remodeled Brazeiros, adding a glassed-in wine cellar displaying an assortment—including selections from Chile and Argentina—that has won Wine Spectator’s award of excellence for nine years in a row. The interior has a surprisingly elegant and intimate feel, warmed by a raised stone fireplace and folk-style Marcela Lopes paintings on cowhide depicting gauchos herding ponies or enjoying glasses of wine at a family table. A private room with a long 40-seat table is perfect for rehearsal dinners or business dinners.

Because everything about Brazeiros is so polished and elegant, and because it comes from such a strong cultural tradition of churrascaria, patrons might assume it is part of a chain, but it is not. The Zenzens own one other location, in Louisville, Kentucky, but the vision and execution of Brazeiros is all their own.

Meals begin with a generous salad bar that includes items such as fresh asparagus, beets, peppers, artichoke hearts, salmon, salami, fresh mozzarella, and hearts of palm.
For the main courses, in the churrascaria tradition, waiters in gaucho attire carve generous selections of meats rodízio-style from large skewers onto diners’ plates. Diners turn a small paper circle to the green side, with the words “Yes, please” and “Sim, por favor,” or the red, with the words “No, thank you” and “Não, obrigado.” “When it’s green, they bring the meat,” says Zenzen. “When it’s red, they leave you alone.”

The Varietal Experience offers nine of those cuts. Non-comsumidores de carne can order chicken and salad, or the salad bar alone. A skewer of shrimp or an eight-ounce seared salmon can be added. Side dishes include crispy polenta, caramelized bananas, garlic mashed potatoes, grilled pineapple, and cheese bread. “It’s all about choices, options, and the experience you want to have,” says Zenzen.

The experience should include a Caipirinha—lime, strawberry, pineapple, or tropical—the national drink of Brazil made with fresh fruit, sugar, and a special rum, cachaça, that is lightly distilled from the sugar cane.

And, as hard as it is, leave room for Brazilian Flan, as creamy and tasty as any in town, Crème Brûlée, or a Papaya Cream, made of papaya fruit and vanilla ice cream blended with black currant liqueur.