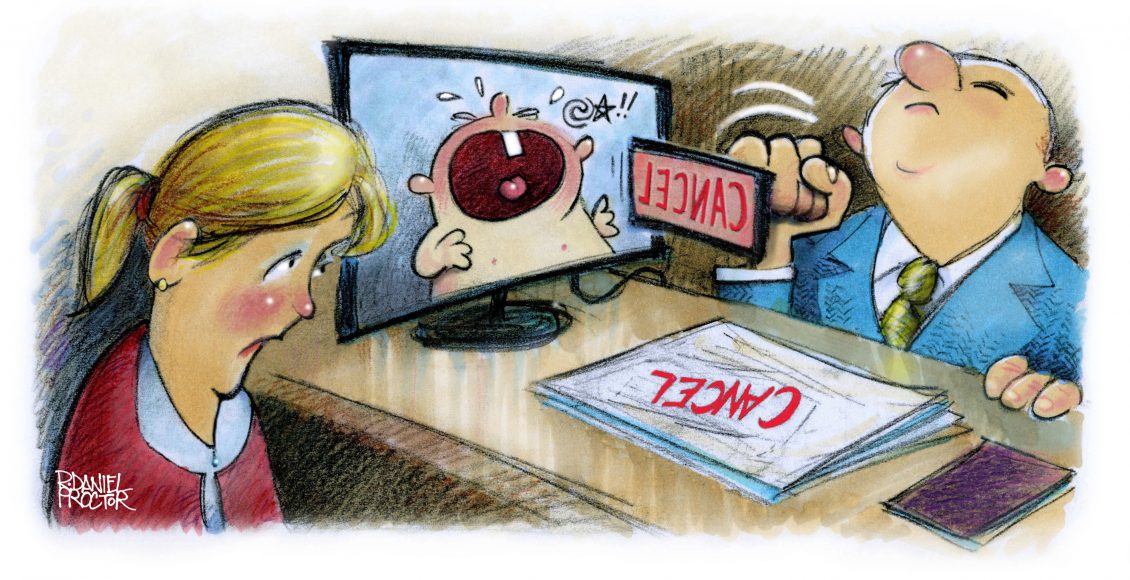 ‘She will not be attending the university this fall’

The widespread pursuit of finding those guilty of past thought or deed transgression is ever present in modern society. Part of the “cancel culture” wars, this theme saw the University of Tennessee make national and international news shortly before 2021’s start. This notice came not through groundbreaking scientific achievements, remarkable research accomplishments, or even paying football coaches or athletic directors to not coach or direct athletics. Instead, it resulted from someone very young saying something very stupid.

Some of the headlines: “2020: The Year Universities Surrendered Completely to Cancel Culture” (Forbes); “A Racial Slur, a Viral Video, and a Reckoning” (The New York Times); and “Attorney accuses university of ‘caving in to hysteria’ by kicking out white student, 18, over video…” (Daily Mail).

The story: when she was 15, a Virginia high school student, excited to have gotten her driver’s learner’s permit, made a three-second Snapchat video of herself saying, “I can drive, n******.” A fellow bi-racial classmate came into possession of the video and held it for three years. He posted the video—which soon went viral—after the girl was accepted to UT, where she would be a cheerleader. Complaints poured in to the university to do something. It did: it canceled her.

Said UT, “The university takes seriously our commitment to fostering a Volunteer community that values equity, inclusion, and that promotes respect for all people. We have a responsibility to support our black students and create a place where all Vols feel safe…following a racist video and photo surfacing on social media, Athletics made the decision not to allow a prospective student to join the Spirit Program. She will not be attending the university this fall.”

Such actions aren’t exclusive to UT; it’s happening at universities across the country. In today’s social and political environment, a quotation from George Orwell’s prescient classic, Nineteen Eighty-Four, which brought us the concept of thoughtcrime (a variation of which can be considered wordcrime) was a warning: “You had to live—did live, from habit that became instinct—in the assumption that every sound you made was overheard, and, except in darkness, every moment scrutinized.”

There’s no disputing what the then-15-year-old said was wrong. A question is, why say something so offensive? Was there a racially offensive intent? An attempt to be cool? Is there anything in her history that suggests the former or the latter? Why don’t we know?

It appears more important to “do something” punitive rather than explore the reasons—and ways to overcome—the use of such words by young people. Maybe they’re getting mixed messages. For example, a Google search of “lyrics containing the term n*****” (without the asterisks; one must be careful what one writes) might be a shock.  It’s probably confusing to kids to see the word promoted as cool here, but able to rip from you your life’s dream there.

How far back should wordcrime be policed? The student who kept for three years the video of the 15-year-old said he wanted to remember that he “taught someone a lesson.” But what lessons are universities teaching, to foster racial harmony and create teachable moments, or the opposite? If schools reject students for racist comments, it would seem to call for a review of social media histories of all students, incoming and present, to ensure they have not made offensive statements. Why not extend the investigation as well to faculty and non-white students?

Furthermore, if someone is guilty of thoughtcrime at 15, why not guilty at 14, 12, or 10. How low can you go?  The age of accountability is indeterminate in an age ruled by instant outrage and immediate retribution. The present societal situation is described in the 1966 then-counterculture anthem, “For What It’s Worth,” by Buffalo Springfield. Originally criticizing an oppressive older generation, the lyric takes on new meaning today: “Paranoia strikes deep; into your life it will creep; it starts when you’re always afraid; step out of line, the men come and take you away.”

A 15-year-old stepped out of line, and three years later her dream was taken away. Another takeaway: UT—and its counterparts across the country—are missing the opportunity to teach instead of punish.