5 Facts About the History of Political Conventions 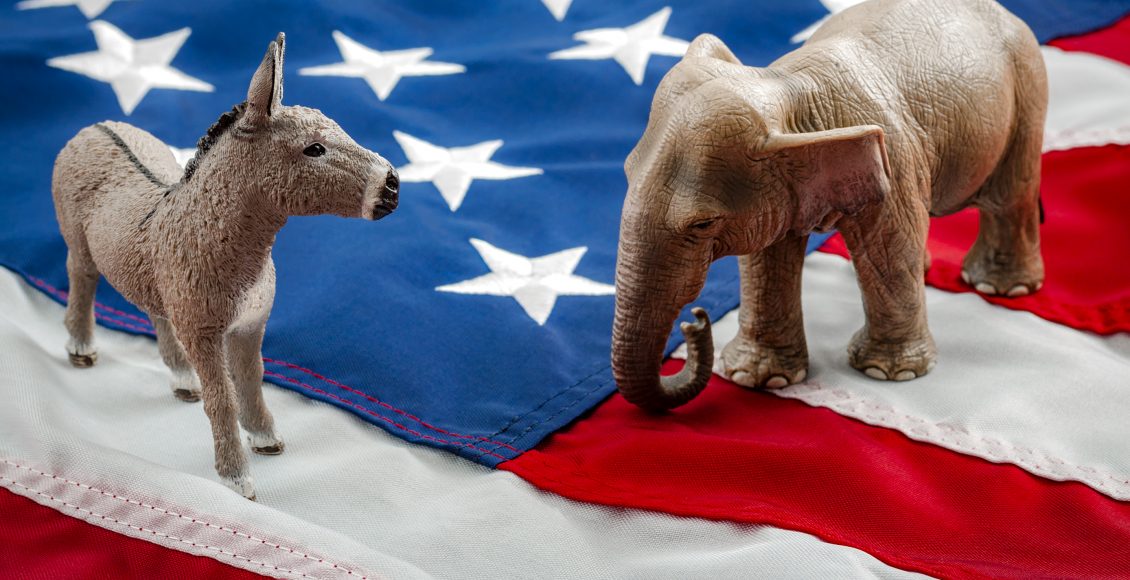 Democrats vs republicans are facing off in a ideological duel on the american flag. In American politics US parties are represented by either the democrat donkey or republican elephant
Share

1. In the 19th century, there were no primaries.

2. The convention remained the main way of selecting candidates until 1972.

That’s when new rules gave primaries more power to determine the nominee. Since then, conventions have celebrated a predetermined candidate.

They took on more life when Andrew Jackson decided the Democratic Party should hold one in 1832. Since then, every major party, with the exception of the Whigs in 1836, has held a national convention to nominate its presidential candidate.

4. Back then, there were no acceptance speeches.

The winning candidate may not have even attended the convention. That changed with Franklin D. Roosevelt in 1932.

But even as more states held primaries over the next few decades, the convention remained the main way of selecting a candidate for president. Adlai Stevenson didn’t run in any of the 1952 Democratic presidential primaries, but still won the convention’s nomination that year.

5 Fact about This Week’s Hummingbird Festival