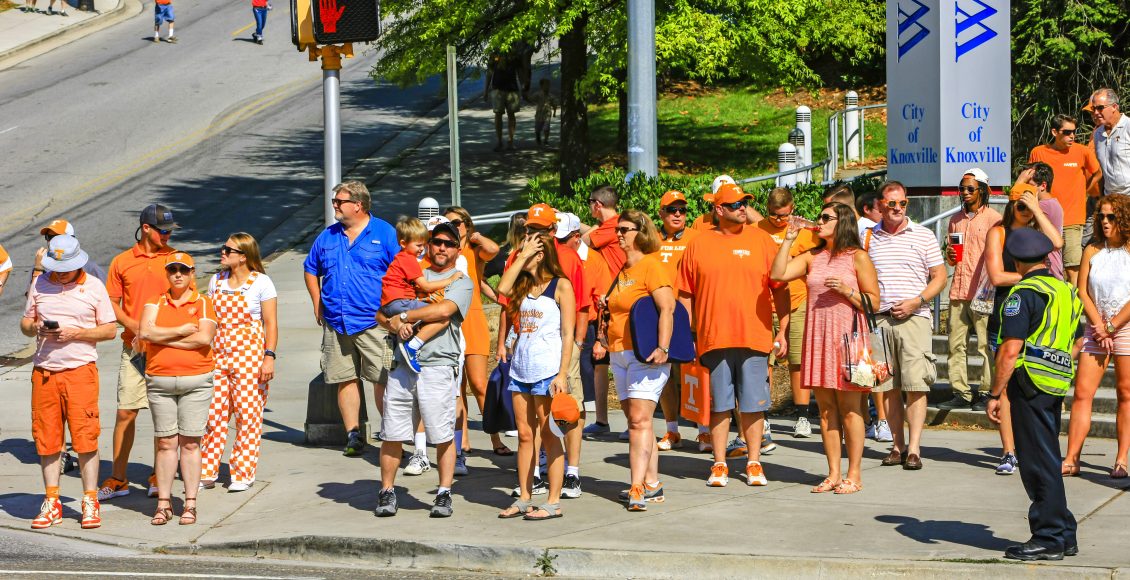 It ended early in a 6–6 tie, when fans rushed onto the field after a controversial offside call and the umpires were unable to clear out the crowd in the second half.

Alabama’s 11-game win streak over the Vols came to an end 35-28 as UT coach Johnny Majors is carried to mid-field in celebration to shake Bryant’s hand one last time.

The Vols’ trip to the national championship included defeating Alabama 35–18 in Knoxville.

Tennessee traveled to Tuscaloosa to take on the unranked Crimson Tide. The two teams went to an unprecedented five overtime periods before Tennessee finally breaks the ice in the fifth overtime scoring a touchdown and the mandatory two-point conversion. Tennessee left Tuscaloosa victorious with a 51–43 win.

Thanks to https://en.wikipedia.org/wiki/Third_Saturday_in_October for the history lesson.