Evaluate your fellow man by character rather than upon accident of birth. 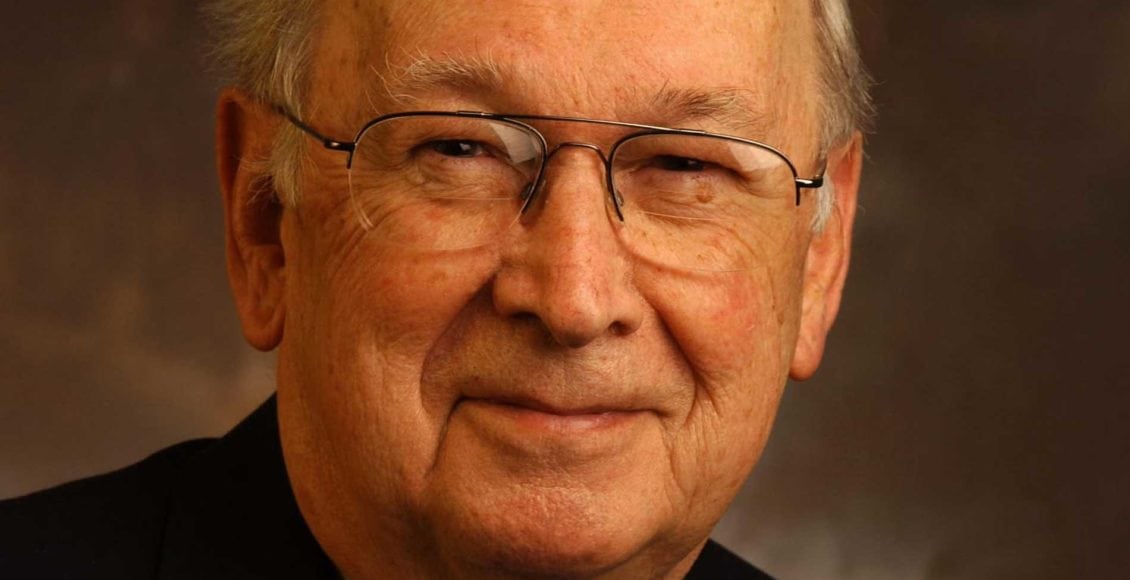 Dr. Fred Craddock, Jr., formerly a professor in theology at Emory University, is credited with a widely circulated story that has become a classic: “Who’s your Daddy?” The sermon, which originates from one of Dr. Craddock’s personal experiences, begins with a “fictional” theology professor and his wife on vacation in Gatlinburg.

After ordering breakfast at a local restaurant, the couple waited for their meal, hoping to enjoy a few private moments together. When they noticed a distinguished-looking, white-haired gentleman moving from table to table, visiting with the guests, the professor leaned over and whispered to his wife, “We came here to get away from the crowds. I hope he doesn’t come over.” But sure enough, the man soon stopped at their table.

“Where are you folks from?” he asked in a friendly voice.

“Great to have you here in Tennessee,” the stranger said. “What do you do for a living?”

“I teach at a seminary,” he replied.

“Oh, so you teach preachers how to preach, do you? Well, I’ve got a really great story for you.” And with that, the gentleman pulled up a chair and sat down.

At that point, the professor silently groaned and thought to himself, “Great. Just what I need . . . another preacher story!”

Pointing out a window, the man continued. “See that mountain over there? Not far from the base of that mountain an unwed mother gave birth to a son. At age six, the mother had such a difficult time, she placed the boy in an orphanage. He had a hard life in his early years because just about every place he went, people asked the same question: ’Young man, who’s your daddy?’ At school, the boy often hid from his fellow students during recess, and almost always sat alone while having lunch. Because ‘the question’ caused so much pain, he avoided going into local shops. Although he attended church regularly, he always arrived late and stepped out early. When he was about 12 years old, a new minister at his church gave the sermon. The benediction happened so fast that the boy got caught in the aisle and had to walk out with everyone else. When he reached the exit, the new minister, not knowing anything about the young man, put his hand on his shoulder and asked, ‘Son, who is your daddy?’

“When some members of the congregation heard the question, they became deathly quiet, knowing that the young man was embarrassed. By the sheepish looks on the faces of those within earshot, the minister realized his mistake and, using discernment that only the Holy Spirit could provide, quickly recovered…‘Wait a minute! I see the family resemblance. You are a child of God.’ With that he placed his hand on the shoulder of the young man and said, ‘Boy, you’ve got a great inheritance. Go and claim it.’

“That young man was never the same again,” the stranger continued. Whenever anybody asked him, ‘Who’s your daddy,’ he’d answer, ‘I’m a Child of God.’ Isn’t that a great story?”

The professor, by then genuinely interested, responded, “It really is!”

As the older man walked away, he remarked, “You know, if that new preacher hadn’t told me that I was one of God’s children, I probably never would have amounted to anything!”

The professor, deeply moved by the experience, called his waitress over and asked, “Do you know who that man is?”

The waitress smiled. “Everybody around here knows that man. He lives just down the road. That’s Ben Hooper, the former governor of Tennessee!”

With that the sermon ends.

This oft-told story, circulated for years on the internet, is an embellishment of an actual encounter during the early 1950s between Dr. Craddock and Ben Hooper that occurred at what was then the Black Bear Restaurant in Cosby, Tennessee. Ben Hooper, a Newport Republican, was governor of Tennessee from 1911 to 1915. Born in 1870, Bennie Walter Wade was born to Sarah Wade, the daughter of an Italian immigrant. His birth father, Dr. L.W. Hooper, refused to marry Sarah because of his engagement to another woman. Thus, Sarah’s father provided the much-needed financial support for Bennie. When her father died, however, Sarah was forced to place her boy in St. John’s Orphanage in Knoxville. Dr. Hooper and Mrs. Hooper, who were childless, learned of this development a year later.

They adopted Bennie, then age nine, gave him the Hooper name, and returned him to Newport. Unlike the version in the Craddock sermon, young Ben Hooper, when challenged about his heritage, defended his honor with his fists. Of his status, the adult Ben Hooper wrote, “Instead of my supposed handicap generating an inferiority complex, it motivated a spirit of ambition and determination that furnished the impetus to carry me over many a hill in my young days. I began to understand that sensible people might appraise a man on his character and attainments rather than upon the accident of birth….”

Ben Hooper was baptized at age 15 in Newport, graduated from Carson Newman in Jefferson City in 1890, became a lawyer, and served in the House of Representatives. He was a captain in the Spanish-American War before being elected governor. As a staunch Baptist throughout his life, he ran on a prohibition platform. After two terms as governor, Hooper served as chairman of National Railroad Labor Board and later served as a land purchasing agent for the Great Smoky Mountain National Park. He died in 1957. The Governor’s autobiography, The Unwanted Boy, was published by University of Tennessee Press in 1963. Governor Hooper’s grandson, Ben Walter Hooper, II, who practiced law in Newport and represented his region in the Tennessee Senate, was elected Circuit Judge in the 4th Judicial District in 1993. After the governor died, Judge Hooper occasionally met with Dr. Craddock to discuss his chance meeting with the governor. Judge Hooper retired in 2017 and lives in the Carson Springs community, not far from his grandfather’s homeplace.

Dr. Craddock, who was born in Humboldt, Tennessee, married Nellie Dungan, and graduated from Johnson Bible College in 1950. Later called a “preaching giant” for his folksy sermons, narrative style, and use of humor, he was an ordained minister in the Christian Church and the director of the Craddock Center, a non-profit service organization in rural Appalachia. During his career, he served as Director of Preaching and New Testament in the School of Theology at Emory University in Atlanta. Because Craddock authored numerous books and articles during his career, Newsweek ranked him among America’s greatest ministers. In 2015, he died at the age of 86 at his home in Blue Ridge, Georgia, an Appalachian community bordering on the southeastern boundary of Tennessee.

In Hospitals We Trust

The Fine Art of Jury Tampering