The Fine Art of Jury Tampering

In civil cases, juries have lost the right to control their own verdicts. 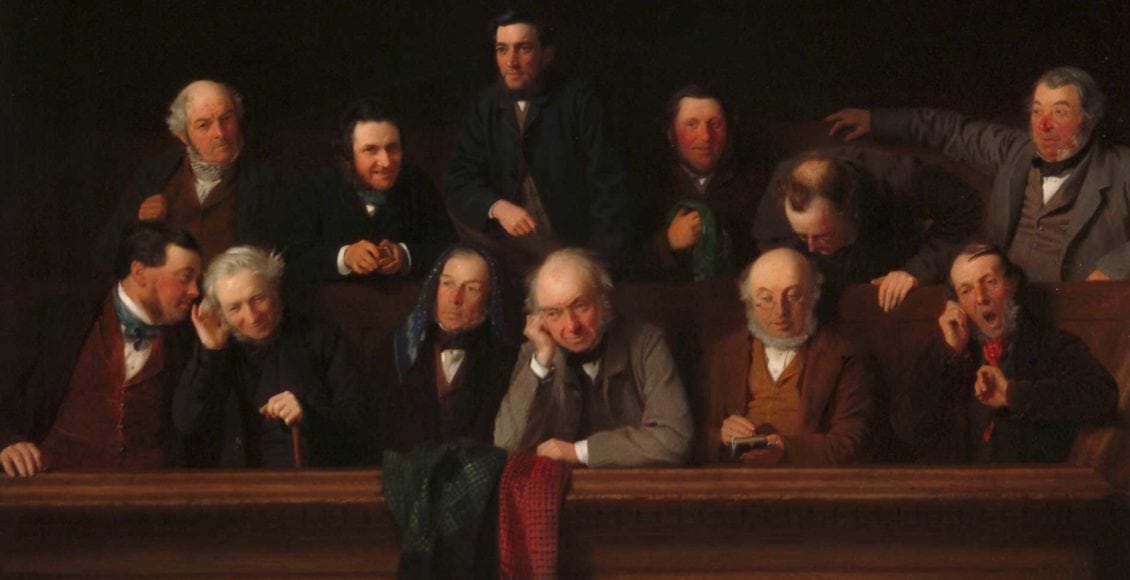 We hear a lot these days about our constitutional rights. We like to talk about the right to bear arms ensconced in the 2nd Amendment to the U.S. Constitution, and the right to enjoy freedom of speech and freedom of the press established in the 1st Amendment. Religious freedom, of course, is difficult to understand. Many people think it is only about the right to practice their own religion anywhere and any time; they do not appreciate that there are two parts to the freedom given in the 1st Amendment, and, importantly, that it also protects all religions from government interference.

As a lawyer, I am most disappointed by the fact that nobody talks about poor ole Amendment 7, which preserves our right to a jury trial in civil cases. Everybody takes for granted that there is a right to a jury trial in a criminal case given in the 6th Amendment, but the right to a jury in a civil case just seems to be ignored when truth and justice are discussed. I guess the guarantee to have your case decided by a jury is not as glamorous or as exciting a topic as carrying guns to work or into ball games or public parks. Alleged abuses by the media, including “fake news,” make it fun to criticize the messenger when we disagree with the message, but find yourself trying to recover damages for a life-changing injury or death, and you will be searching for a jury of neighbors to make sure your trial is fair and not influenced by anything other than the facts of the case.

Well, I hate to tell you this, but for several years now Amendment 7, protecting your right to a jury trial in a civil case, has been disappearing from right under your nose, and control over jury decisions is being assumed or extinguished by politicians for the benefit of special interests.

So what’s the big deal anyway about the right to a jury trial? A jury of twelve citizens is considered America’s greatest engine for truth. A jury is democracy in its purest form and serves as the voice of the people in solving individual disputes. Since the beginning of our nation, a jury trial has served as the hallmark for truth and justice. What could be more fair and honest than a jury of twelve people assembled to hear all the facts and vote according to the law as refereed by a wise judge?

Acting in its role as the representative of the public, the jury decides what facts are true, applies the law to those facts, decides the winner and loser of the case based upon the true facts, and, as the conscience of the community, decides fair damages if appropriate under all the circumstances of the case. In 1796, our Tennessee constitution adopted and expanded on the well-established right to a jury determination of facts and damages in civil cases by declaring the right to be “inviolate,” or untouchable and free from violation.

Every day in Tennessee, juries across the state consider the facts of damage suits and decide if negligence or wrongdoing was the cause of minor or life-changing personal injury or death. Conscientious citizens work to follow the law and award fair damages—when legally warranted and relying on American values. Sometimes, low or no damages are appropriate, and sometimes only substantial sums will fairly compensate for substantial loss. But what you may not understand, and what these juries are never told, is that their damage verdicts will not be valid or legally imposed by the court if too large a sum in non-economic damage is awarded, regardless of its justification. After the jury leaves the courthouse, Tennessee law now requires the judge to ignore the jury’s decision and reduce non-economic damages to a sum set in advance by the legislature. Many regard this as unconstitutional jury tampering.

A client of our firm was involved in an auto collision in 2014, and we were unable to negotiate a settlement of his case with the insurance company of the guilty driver. Junior was traveling west on a four-lane highway on his motorcycle when he was struck by a left-turning eastbound car. The car turned directly into Junior’s bike and left leg, resulting in an immediate, traumatic amputation. Junior suffered greatly as a result of the defendant’s illegal left turn, but since his injuries were primarily limited to the amputation of his left leg, his medical bills were relatively low. At trial, Junior’s damages had to be explained to the jury. Junior and his doctors all testified how his life had been changed by his injury. It turns out that phantom pain is real and disabling. His daily routine was affected and his recreational life virtually destroyed. He struggled on the witness stand as he explained his limitations, emotional problems, impairments, and the grief he experienced by such a painful and horrifying loss. The jury awarded Junior and his wife $2,190,000. But, after the jury went home, the judge required the defendant only pay $92,000 in medical expenses plus $750,000 for non-economic losses. Junior’s recovery was drastically reduced, saving the guilty driver $1,348,000. The guilty party saved more than Junior actually recovered. Sounds a lot like tampering with the jury to me. How did the jury secretly lose its power to control its own verdict?

In his first term, Governor Bill Haslam pushed the cornerstone of his pro-business agenda in what became the Tennessee Civil Justice Act of 2011. The law sets in advance the maximum recovery for pain, suffering, disfigurement, physical disability, emotional distress and impairment, mental anguish, humiliation, damage to reputation, and a spouse’s loss of society and companionship. According to one trial judge, injured citizens are deprived of a jury trial when their damage decisions are thrown out under the 2011 law. Although the constitutionally of the law will eventually be decided by the Tennessee Supreme Court, for the moment, negligent and reckless individuals and businesses are relieved from paying for all the damage they cause, and juries’ verdicts are being ignored without their knowledge if over $750,000 in non-economic damages are awarded against any defendant.

No question, a free and unencumbered jury poses a threat to careless and irresponsible people and businesses. That’s the way it is supposed to be because of our basic belief that those at fault should pay for the damage they cause. According to Governor Haslam, the limitation on jury damage awards was specifically passed to “make our state more desirable to business.” That is, in the interest of being “business friendly,” your constitutional right has been severely limited. Tennessee law has turned its back on its more seriously injured and vulnerable citizens and perhaps has revoked constitutionally protected recoveries of the most disabling elements of human suffering. The insurance companies, truckers, manufacturers, doctors, hospitals, and other big business win, and the disabled lose again.

Now, if you think that the legislative branch taking control over jury awards for the disabled is offensive, just consider what is happening in the field of long-term health care. Nursing homes and inpatient rehabilitation centers are increasingly using binding arbitration agreements to avoid patient court suits and jury trials altogether. An arbitrator is a person hired to act as both the judge and jury and decides all issues, including damages, rendering final and non-appealable decisions. If you have entered a long-term health care facility lately, perhaps for post-surgery inpatient rehab, or if you have assisted a relative enter a nursing home for long-term care, you no doubt have been asked to sign a binding arbitration agreement. The effect of the agreement is to waive the constitutional right to a trial and a jury in the event the employees of the facility commit malpractice by perhaps giving you the medication of the patient across the hall or by dropping you in the floor re-fracturing your hip.

Prior to 2017, an Obama era regulation protected patients from mandatory binding arbitration agreements in long-term health care facilities. A long-term care facility could not require a patient to surrender his or her right to a trial in court or a 7th Amendment jury. However, President Trump, through the Center for Medicare and Medicaid Services, seeks to rescind the Obama protection and make forced arbitration the industry standard. In what has been called by Public Citizen president Rob Weissman “a heartless and vile act,” long-term care facilities are once again demanding all patients surrender their right to a jury trial as a condition of admission. Beyond tampering with the jury, long-term care facilities have been authorized to avoid responsibility for their wrongs and careless practices by compelling patients to give up their constitutional rights when they check into the facility. Many regard an arbitrator a poor substitute for a twelve-person jury and a fair-minded and impartial judge. My advice would be to avoid binding arbitration agreements or any other device that causes you to surrender your 7th Amendment right to a full and complete recovery of damages to be determined by a jury.