In Hospitals We Trust

Just how much can hospital ratings tell you? 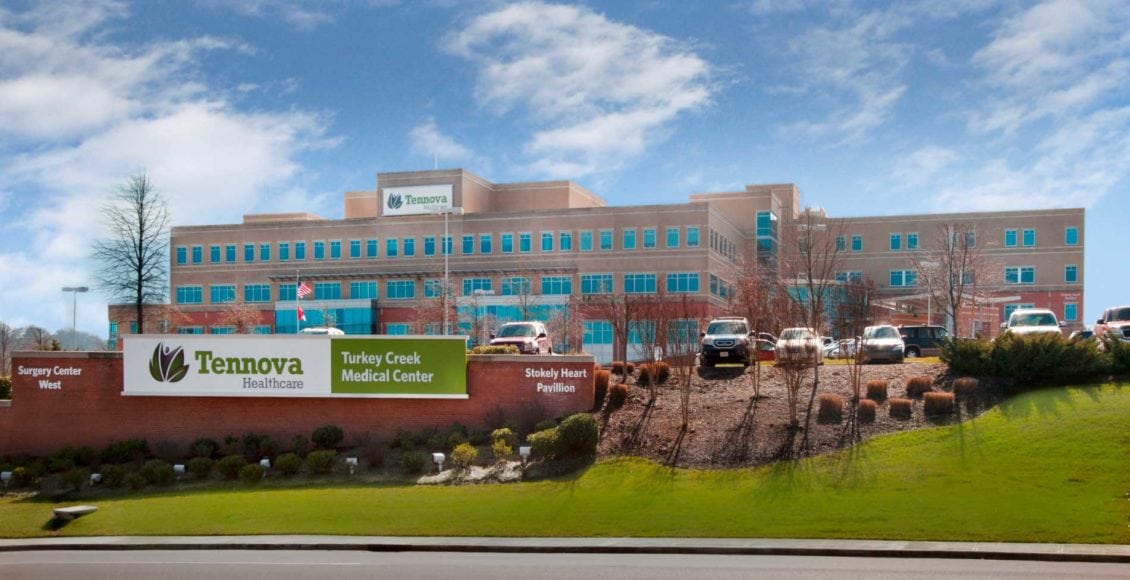 Hospitals in the United States receive the trust of its citizens because these institutions are often our only hope in a medical emergency or crisis. What about Knoxville area hospitals in particular, though? Are we in good hands when it comes to the quality of care we receive from our local institutions? The answer is complex. There are three major players in the Knoxville area: Tennova, Covenant, and UT Medical Center. Each represents a conglomerate of East Tennessee hospitals. Tennova includes Physicians Regional, Jefferson Memorial, Lakeway, and more. Covenant comprises Fort Sanders Regional, Parkwest, Methodist Medical Center, Roane, and others. And of course UT Medical includes all centers associated with the university. However, hospitals within each of these groups can vary quite a bit in terms of ratings. In fact, on most lists ranking hospitals nationwide, the ones in our region are seldom included, and those that have been included in the past have since fallen off.

The 100 Top Hospitals and Everest Award studies, produced by Watson Health, release a list each year of the top one hundred facilities based on a variety of criteria. First and foremost, the overall organizational performance of each hospital is scrutinized, as well as their long-term rates of improvement. They are also judged on a much broader scale on their patient care satisfaction, operational efficiency, and financial stability. Their ratings are based on risk-adjusted mortality and complications indexes, average 30-day mortality rate, average 30-day readmission rate, in-patient expenses per discharge, and Medicare funds spent per beneficiary. It should also be stated that hospitals do not apply for inclusion on the top 100 list. It is a fully independent study. Each hospital on the list scores highly based on the above criteria. The institutions that make the list each year have lower patient mortality rates in relation to the severity of patient predicament, have fewer complications with treatment and thus lower rates of readmission, and also provide timely emergency care that sends patients home sooner and at lower cost. So it may come as a shock that none of the hospitals in the area have made this list in six years, and none in Knox County have made the list in over a decade.

This is only one organization’s ratings, however. There are many others that put out similar ratings and lists such as Leapfrog, Healthgrades, and U.S. News and World Report. The latter ranks the top hospitals in the state, placing UT Medical Center at number two in the state, which is the top rating of any hospital in the area, although it is not ranked nationally in any specialty. Most of its ratings for individual procedures are at least average, with high performance ratings in care for COPD, heart failure, and hip and knee replacement, amongst others. Other hospitals in the area, such as Blount Memorial Hospital, Fort Loudon Medical Center, and Physicians Medical, vary in rating. Ratings can be misleading, however. Suppose a hospital’s rating for abdominal aortic aneurysm repair is set at “below average,” with an average thirty day survival rating. This rating can be misleading because the amount of patients admitted for this particular condition might be low, while readmissions could be below average.

So what exactly is keeping these hospitals from overcoming some of their lower ratings and making the Top 100 and other lists? There are a host of reasons.

In response to questions about their various ratings, Russell Mariott, a representative for Tennova says, “Since our founding in 1930, Tennova has placed the highest priority on delivering high quality, compassionate care. That commitment remains as strong today as ever, and we continuously evaluate the care we deliver to meet the high standards of national accrediting agencies.” And, in regards to the largest generation ever entering into their later years, Mariott added, “Many of the recognitions our hospitals hold are in areas that treat aging populations, like cancer and joint replacement, which will become increasingly important as more individuals in the Baby Boom generation require these services.” Tennova, it would seem, recognizes the importance of certain rankings, and it would appear that the hospital system is trying to consciously shape its image as it prepares for the future.

They are not alone in this push to refine their public perception. The Covenant hospital system is also trying to gain, and maintain, the trust of the communities they serve in the area. Mark Browne, the Senior Vice President and Chief Medical Officer for Covenant, comments that he is taking these rankings seriously, saying, “we are continually monitoring and analyzing our member hospitals’ performance, safety and patient outcomes. Information about our hospitals’ performance is publicly available through many different resources, and we’re pleased when our member hospitals receive high rankings from outside organizations, as they are one indicator of the quality care we are providing to our communities.” However, Browne stopped just short of giving any of these rankings total validation, saying, “Organizations that rank hospitals also may compile data from multiple healthcare analytics firms, some of which charge hospitals a fee to be part of their database and use the recognition for promotional purposes,” although the organizations used in this article explicitly do not require any such fees. Instead of using national rankings, he said, Covenant uses their own system to track over 1,000 quality measures that give them key insight on what needs improvement, and gives an idea on how to fix their issues.

It is true that there seems to be a ways to go for area hospitals, but this article does not seek to discredit or disparage any institution or organization listed. Emergency situations are best left to professionals, and all hospitals, regardless of reputation or scores, are in theory and hopefully in practice trying to help each patient to the best of their ability. It is not as if these places simply do not care about people. Many other accolades are handed to our area hospitals that are not quite as prestigious, but do matter. Covenant, for example, was ranked thirty-eighth in a Forbes’ list of America’s best employers—a list that ranks five hundred of the nation’s top employee friendly companies. So, while it is important for our community to recognize flaws in these institutions and push them to get better, it is also important to recognize the improvements that they have already made. Knoxville and its surrounding areas do need a hospital to step up and make the top 100 list, though. Because, as it stands now, none of the hospitals in the area are close. With an increasingly aging population, as well as growth in population in the area overall, where we stand with at least the perception of quality of hospital care is falling short of where we should be.

Do Away With Debt Weight