Knoxville’s big crime story of the early 1970’s involved the double murder of Patricia Sotka and her daughter, Donna. The victims’ bodies surfaced in Fort Loudoun Lake on July 1, 1970, wrapped in bed clothing and plastic shower curtains and tablecloths. The bodies were tied with ropes attached to auto parts and concrete blocks. Patricia’s husband, Ronald Sotka, was charged with murdering both his wife and her daughter by shooting them in the head with a 7.65 mm. Beretta semi-automatic pistol. Sotka, a restaurant employee, had gone to great lengths to create a complex string of alibis and misleading evidence to conceal his guilt, claiming he arrived home and discovered that his wife had killed her daughter and then committed suicide. Sotka insisted that he had disposed of the bodies simply to avoid an investigation that would have revealed that he was a fugitive from the state of Kentucky.

The 1971 trial of Ronald Sotka was the most closely followed criminal trial in Knox County history to that time, but the star of the show was not some flamboyant, overdressed criminal defense lawyer trying to fulfill the jury’s expectations from years of watching Perry Mason. The star wore no bold pinstripes, cuff links, or silk pocket square. On the contrary, the spotlight and focus of the jury, spectators, and the press was a smiling and engaging young prosecutor in an off-the-rack brown suit, scuffed shoes, and wearing a slightly too narrow, outdated tie. Just six years out of law school, the top prosecutor in major felony cases in Knox County was Zane Daniel. He captivated the jury as he methodically untangled Sotka’s web of lies and alibis and, like a brain surgeon, slowly and suspensefully revealed the killer’s every evil thought and matching criminal act. Ronald Sotka was convicted and sentenced to 99 years in both cases, just as Zane requested, and thus began the illustrious legal career of the guitar pickin’ “smiling prosecutor” from Grainger County. Country come to town.

Zane Daniel was my friend. Actually, he was everybody’s friend. I have never known a more likeable person in my life. Zane had a million-dollar smile that involved all of the muscles of his face. His eyes smiled. His neutral facial expression was a smile. I often wondered how he did that. He had a special talent for making everyone feel special and deserving of his best attention. Although Zane died over 11 years ago, all who knew him still talk about him in the most reverent and joyful way.

The best things to come out of Rutledge were the sixth governor of Arizona, Robert Taylor Jones; All-American basketball player, A. W. Davis; homegrown tomatoes; and the Daniel family. Velma and W. I. Daniel passed their musical talent, charming personalities, and native intelligence to their sons, Creed and Zane. Velma was the role model for what all lawyers in East Tennessee came to know as the Daniel sense of humor and proclivity to enjoy life to the fullest. W. I. served as the Rutledge State Farm agent, part-time lawyer, and judge (as needed). Both sons became lawyers, but it was Zane who tried the big city practice. Beginning in 1964, Zane started his small practice and spent way too much time picking his guitar late into the night. That’s where I first met him: “late into the night.” In the big city of Knoxville, Zane found lots of nightlife and was drawn to it like a moth to a flame. Zane would say that his biggest fear was to have someone tell him, “You shoulda been here last night.”

Zane received a good legal education and demonstrated an excellent grasp of the legal principles related to his fields of practice, but his greatness did not come from a law book. He distinguished himself and is remembered because of his extraordinary talent for communicating and relating to people. I mean all types of people. Zane was an equal opportunity lover of people and saw humor in almost every circumstance. He thrived on jokes, pranks, nicknames, pickup lines, personality, and charm. He could relate to a jury immediately. He was always quick to share his homespun opinions. In fact, he gave me my first lesson in lawyer advertising. He would say (as long as it got a laugh), “Everybody out past midnight has a legal problem, and I’m going to be out there with ‘em.” Once a young lawyer questioned the prudence of Zane’s decision to wear a flashy expensive Rolex watch in front of the jury during a damage trial. Zane explained, “If you’re going to ask a jury for a million dollars, you should at least show ‘em you know what it looks like.”

Judges loved Zane because he got to the point and was entertaining. All lawyers enjoyed his company, and there was universal appreciation of his colorful personality. He could have sold a lot of cars or would have been a natural in show business, but he was best as a lawyer selling his case to a jury.

Men were drawn to his “aw shucks” country boy wisdom and humor. A guy once told him, “I got more at home than I can handle.” And Zane replied, “Well, let’s go to your house.” He once told a more subdued lawyer, “I wouldn’t trade one of my good weekends for your whole life.”

Women saw Zane as handsome and exciting. He was a magnet to women and he knew it. Zane was single for over 30 years and pretty much kept his magnet turned on the whole time. He loved to say, “I had a girlfriend one time, but her husband came and got her.” A lawyer once complimented Zane on the beauty of the girl he was with, and he respectfully replied, “Yeah, she’s damn near perfect. The only thing wrong with her is she’s missing a button on her raincoat.”

Zane’s sons, Jeff and Todd, speak lovingly of their father and enjoy sharing memories of him. Both have completed law school and now have families of their own. Zane was an attentive and loving single father for most of their life, and as small boys they were shuttled between Zane and their grandparents in Rutledge. When Jeff joined his father in the practice of law, he asked, “Dad, what kind of law should I practice?” Zane told him that for job security he should practice criminal law. He explained, “As long as they keep making liquor, gunpowder, and women, there will be a big demand for criminal lawyers.” Zane used to tell his criminal clients, “If I can’t get you out of jail, I’ll get in there with you.”

Nothing pleased Zane more than to entertain a crowd with a pickin’ party after business hours. He would invite his great friend Red Rector to play mandolin, and Creed would play piano and sing. Zane loved show-business types and even tolerated people like me with no real musical talent. If you knew the words to the song, you were welcome. I must have traded a thousand jokes with Zane over the years, and together we laughed at everything. Today, I smile just thinking about him and all those great punch lines.

Late one Saturday night, Zane was on his way home after a big night on the town and had a Krystal cheeseburger craving. Who hasn’t had that craving? He stopped by the Krystal drive-thru before it closed and ordered one cheeseburger. When he pulled forward to pay, he realized he only had a hundred dollar bill; the lady apologized but said that she could not make the change. “No problem,” Zane said, “Give me a hundred dollars worth of cheeseburgers.” As she filled the order, the drive-thru line backed up and some irate guy called the police. When the police arrived, Zane was out of his car passing out free cheeseburgers to everybody in line and even gave the cops a sackful.

Those of us who knew and loved him were hit with a big blow when Zane was diagnosed with leukemia in 2006. His sudden illness required him to travel to Seattle for treatment. I sent him an iPod full of hundreds of old country and 1950s oldies recordings that we both loved so he could listen to it while he went through treatment. I thought it might lift his spirits and help him pass the time listening to people like Lefty Frizzell and the Platters. I knew he’d love it. Within weeks, Zane passed away after a bone marrow donor backed out.

The cassette tape arrived at my office a few days after he died. “Hey, Bob, it’s Zane, of course….” He’d made the recording, he said, instead of writing a letter. He thanked me for the music and shared a few of his many stories related to music and his friends. It was good to hear the voice I thought was lost to the ages. Although he mentioned several times that we’d get together after he “whipped this thing,” he knew he was in trouble. He got around to the real reason he recorded the tape about halfway through. “Bob, I just wanted you to know I appreciate your friendship. I ain’t never ran into you when we didn’t have a good time.” His voice was strong and Rutledge ran all through it. He talked about music and his boys, and I found myself laughing and crying at the same time. “There ain’t nothing more important than good friends,” he said, without an ounce of sadness or self-pity. It was a perfect closing argument from a country boy who loved and lived life wide open. That tape is a cherished possession I’ll keep for as long as I’m around.

A lot of people did not know it, but Zane was a very religious person. He was raised to live a spiritual life and from his childhood was a member of Sunrise Baptist Church in Rutledge. He raised Jeff and Todd in that church and is buried there today. Todd recalls that no matter how wild it got on Saturday night, they were awakened by Zane on Sunday morning and admonished, “If you’re going to hoot with the owls on Saturday night, you’re going to have to fly with the eagles on Sunday morning.”

Today my friend flies with the eagles. 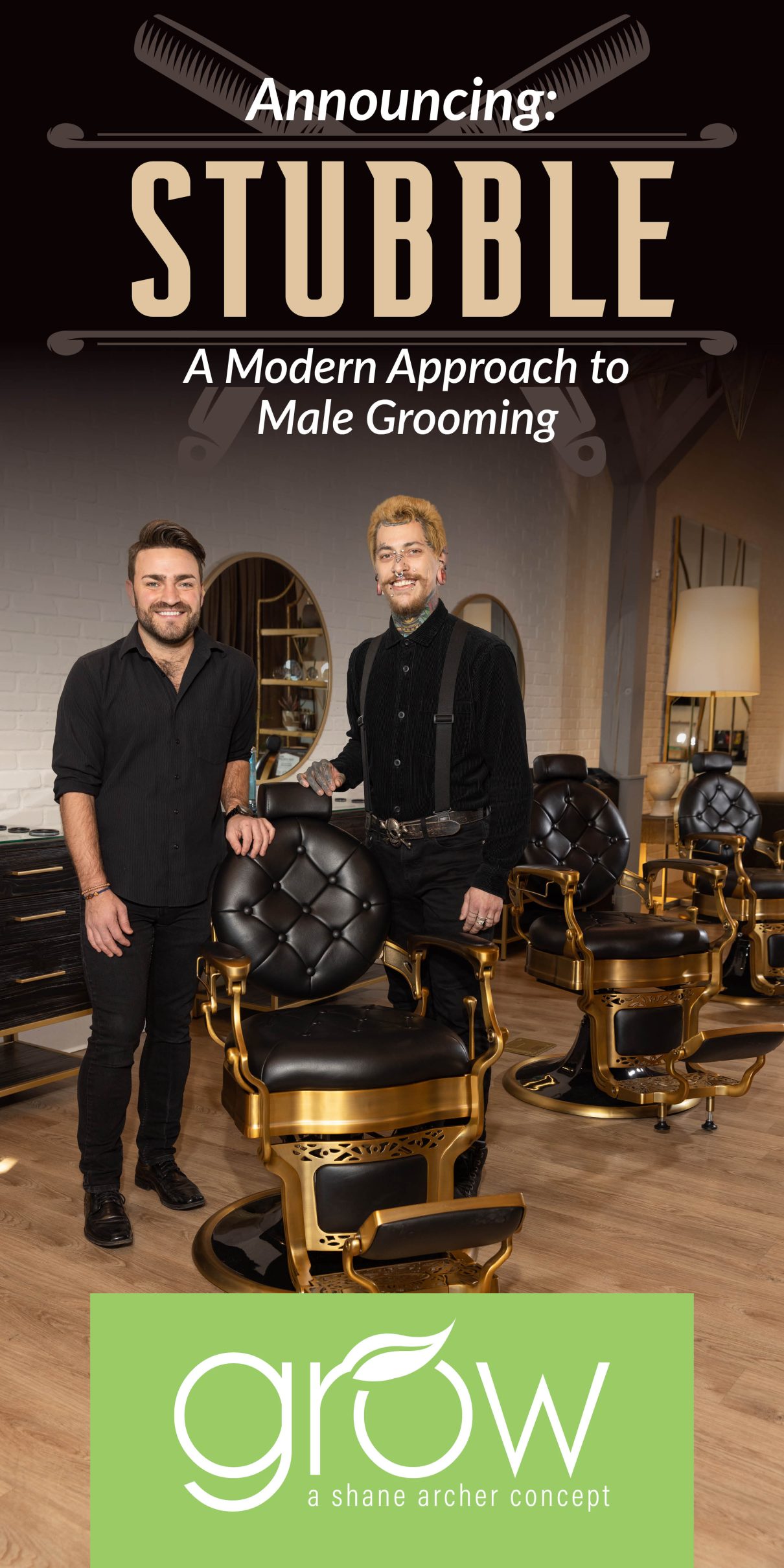