Fed up with the high patient load required by insurance, doctors are headed back to the future with Direct Primary Care. 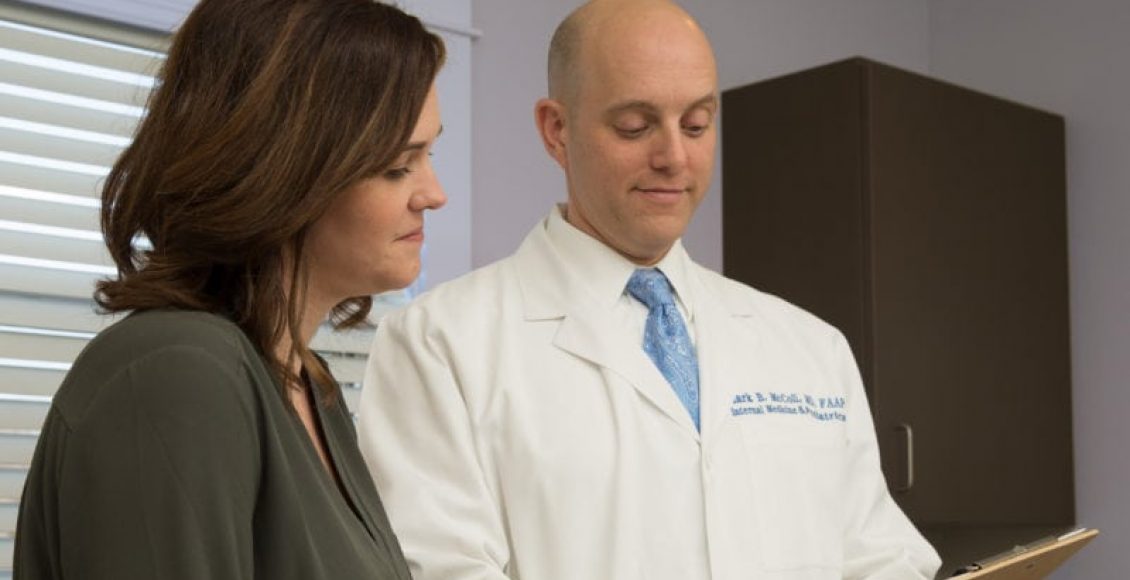 With Obamacare on its deathbed, even those who want it gone aren’t keen on killing it so fast. One of the law’s most outspoken critics, Lamar Alexander, has said “Obamacare should be repealed finally only when there are concrete, practicable reforms in place that give every American access to truly affordable health care.” He’s also said that the issue needs to be sent back to the states, implying it is government’s job to actually supply that health care, as opposed to just getting out of the way. He certainly wouldn’t be the only one stuck inside the healthcare box Obama built around Republicans over the last seven years. But for those who don’t forget so fast how government can hinder when it tries to help, there’s an appealing alternative to Obamacare replacement—and it’s already doing an extraordinary job.

Dr. Mark B. McColl of Trinity Medical laughs when I refer to insurance-based healthcare as traditional medicine:

“No, traditional medicine is working for your patient. Insurance-based, fee-for-service stuff is the new kid on the block, even though it’s several decades old. It’s really sort of non-traditional.” He says, “Most of the world, for most of human history has not had a third-party-payer system, no matter who it was: whether it was a single-party government system or insurance corporations. It’s always been that the patient controls their healthcare decision-making by virtue of the fact that everybody in the system works for them, and they’re the pinnacle of it.”

Dr. McColl is talking about the ages-old practice of doctors working directly for patients without the overhead and complexity of a conglomerate between them; that’s Direct Primary Care (DPC). He converted from an insurance-based practice to DPC in 2016. At his office, patients pay $30, $60, or $90 a month, depending on their age. A $125 registration fee per person (up to a per family maximum of $300) covers the first month’s service. Those 22 and younger cost $30 per month, 23-64 cost $60 per month, and 65 and older cost $90 per month. The monthly payment covers 25 visits per year, same or next-day appointments, phone and email access to your primary care provider (PCP), and 24/7 access to Trinity’s on-call physicians. It also covers “just about anything that can be done in an exam room,” EKG and other diagnostics, and most routine blood work.

Given what’s covered, it’s not surprising that many people confuse DPC with concierge medicine. But whereas concierge medicine was set up for the extremely wealthy to have more access to their doctors, the modern wave of DPC, unleashed in the 2000s, was actually intended for the uninsured and very poor. Yet, in just a little over a decade the direct competition created by DPCs has elevated them to the level of competing with concierge care. The difference? Concierge services still bill traditional insurance for most things—the monthly concierge fee is charged primarily for the unfettered access. That means that the incredible overhead saved by DPC is not saved by concierge care—which also makes concierge care a lot more expensive for patients than DPC.

The most common objection to DPC is actually a pretty logical one: it will exacerbate the shortage of primary care physicians.

The residency system is not pumping out enough doctors to see the aging baby boomers and the 20 million newly insured under the ACA. The Association of American Medical Colleges (AAMC) projects physician shortfalls of between 61,700 and 94,700 by 2025. That’s a big problem, and the assumption is that DPC can only exacerbate it—especially because the better quality of life for doctors could lure some away from specialties where the AAMC reports the biggest shortfalls will be. “However,” says Dr. Philip Eskew, JD, MBA:

Qliance, a Seattle-based DPC outfit (until recently, backed by Jeff Bezos and Drew Carey among others) has released stats that seem to confirm Dr. Eskew’s claims. According to The Direct Primary Care Journal, their patients are hospitalized 60% less, have 14% fewer ER and specialist visits, and need 29% fewer advanced radiological tests, than patients with traditional insurance-based health care. They use about 58% more primary care visits but save about 19.6% per patient.

Dr. McColl says of his prior experience in insurance-based medicine. “When you’ve got to move through the day and you’ve got eight minutes to talk with the patient, you hand off to the specialists. You hand off to some of these advanced tests to try and get things done, because you’re trying to get it all in there.”

Many would welcome anything DPC can do to help correct the specialist to generalist ratio. Dr. John Geyman calls the current system “upside down health care,” saying:

“Up to the middle of the last century, most Americans could count on good access to generalist primary care physicians with the training and commitment to evaluate and treat their medical problems, whatever they might be. Those days are long gone. The ratio of generalist physicians to specialists in this country reversed from about 80:20 percent in 1930 to 20:80 percent in 1970.”

Turn Down the Volume

As has been noted quite frequently, general practitioners often make only about one fourth of what some specialists make, yet they rack up about the same amount in medical school debt, leading physicians to make up for lower payments with higher patient volume. This in turn has made insurance-based primary care, to some extent, into a screening session for specialists. McColl says:

“The era of pediatricians that I trained with gave chemotherapy. Because that’s what pediatricians did. They were experts in all things kids. Chemotherapy was part of it. I’m not at all advocating that we move away from specialists; the point is that when you have a smaller set of patients and you have the time and the ability to vest yourself, as an expert of medicine, in those patients, there’s a lot of things that you’re qualified to do that you don’t do now, because there’s not time to do it.”

Our options appear to be, 1. Stick with a fairly impersonal, in-and-out approach to primary care, and continue to expand the need for specialists; or 2. Spend more quality time on the front end with PCPs, thereby catching and preventing more of the health issues which would otherwise turn into problems requiring the time of very expensive specialists. Of course, we’ll continue to need specialists. But as more and more people choose DPC, we’re going to continue to need more primary care providers.

One interesting charge made by Dr. Edmund S. Weisbart is that because DPC is not insurance, there is little to no regulation to protect patient privacy. He says that because DPCs aren’t constrained by HIPAA or the ACA’s patient privacy protections, “there is little preventing DPCs from selling patient data to marketers. As the DPC model grows, the demand for this high-value data will undoubtedly drive increasingly irresistible financial offers.” But he fails to mention that every state has patient protection laws in place. In Tennessee, the law states, “The name and address and other identifying information shall not be sold for any purpose… Any violation of this section shall be an invasion of the patient’s right to privacy.” The law goes on to limit the disclosure of medical records, even those which have been de-identified, even after a patient has died. Aditionally, most DPCs are members of jointhewedge.com, an organization that requires of its members that no information whatsoever is released to third parties without patient permission.

Some claim that access is a sizeable problem for DPC. They have charged that DPC skews towards high-income areas and therefore doesn’t serve minorities and the poor. Unfortunately, those making this claim have not distinguished between concierge care, developed for the wealthy, and DPC. Dr. Eskew, who has begun a movement in support of DPC, has created a map, available on the DCP Frontier website, of all the DPC practices in the U.S. There are DPC practices in 47 states plus D.C. Given the original intent of at least some in DPC of serving the uninsured, it’s not surprising that there are DPC practices in rich, poor, rural, urban and suburban areas. But those who claim that access is limited also claim that frequent travelers will be poorly served because they’re locked into one provider. But with DPC they have direct access via phone and email to the doctor who knows them best.

Of course, DPC is not insurance—it’s healthcare. Those who have spent enormous amounts on insurance only realize when they go to the doctor that they haven’t yet purchased any health care yet. DPC is geared towards preventing systemic problems requiring more expensive medical care. But one could still be injured or become ill beyond the scope of DPC. Most people with DPC will still need and want to purchase insurance. Yet the insurance they have every incentive to buy is insurance in the more traditional sense. By design, insurance is for the unforeseeable, the unplanned. We don’t expect our car insurance to cover oil changes and gas, but accidents. Yet, we’ve been lured into a system in which we prepay higher prices to a middleman for something we already know we’re going to be buying. DPC has the ability to market-correct this wasteful practice.

Would pursuing more DPC mean the end of social safety nets? It may turn out that the safety nets are more local than national. Dr. McColl says, “If there were times when people couldn’t pay, and a basket of eggs was all they could offer, well, I like eggs. We’ll work it out. You know?” He continues, “I certainly would hope we come to a better solution. I’m fearful that we won’t. I’m fearful that we’ll move further down the road towards a socialized, single-payer system.” How will Trumpcare unfold? Hopefully, a businessman knows a moral and practical solution when he sees one. But for those less hopeful, now would be a good time to let Lamar and company know what you think.

When not investigating the future of healthcare in America, Jon Hersey spends time researching Objectivist philosophy.