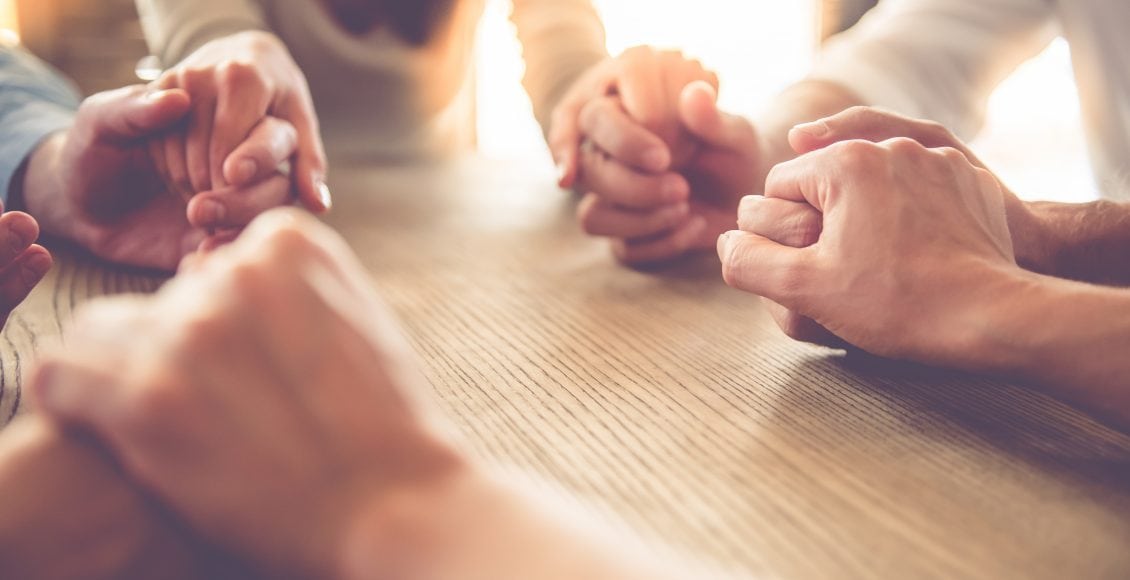 Since the Affordable Care Act (ACA) went into effect, membership in an alternative type of health care coverage, known as Health Care Sharing Ministries (HCSMs), has more than doubled. HCSMs allow those of similar religious beliefs to join mutual aid societies that pool resources for those in need. Members pay a monthly “share” ranging from around $40/month to $250/month, per person. Their money goes to other members in need with the understanding that they can make a claim when they need to. When needs are low, some HCSMs even return money to their members. Because HCSMs are not insurance, they lack the guarantee that medical bills will be covered in full. For instance, if the total shares collected for a month, only make up 90 percent of the total need, then each person with a claim will get 90 percent of the amount they need. Yet many who switch say they pay in the ballpark of only 30 percent of what they were paying for insurance.

The exemption from the individual mandate granted to HCSMs as a religious alternative along with rapidly rising insurance prices are funneling more and more people into HCSMs. Before the ACA, there were roughly 200,000 HCSM members; today there are over 500,000. But the individual mandate’s days are numbered. Will it drag HCSM membership down with it? Some opposed to HCSMs may be happy to see this happen, but not happy about the cause: the death of the individual mandate. It seems the success of HCSMs largely depends on the lives they’ve touched over the last five to seven years.

HCSMs take their cue from the ages-old practice of Anabaptist Christians, particularly the Amish and Mennonites.As noted in one medical journal, “Amish commonly believe that commercial insurance plans undermine the religious duty of community accountability.” Even prior to securing exemption from Social Security and Medicare in 1965, they developed a system known as Amish Hospital Aid. Members pay $125 per person, or $250 per couple, which also covers all children under 18. If someone is injured and can’t pay their medical bills, they first turn to the alms of their local congregation. Depending on the situation, they may also organize an auction. “Occasional auctions of donated food, furniture, quilts, and livestock can raise as much as three hundred thousand dollars in one evening to help supplement alms and/or community collection coverage of healthcare bills.” But, if the injury is serious enough, and these means don’t cover the member’s care, they will contact their district treasurer with an estimate. It’s understood that members have the responsibility to pay the first 20% and that Amish Hospital Aid will cover the rest.

The broader Christian community has been developing a system like this since at least the 1980s. Today, the four biggest health care sharing ministries are Samaritan Ministries International (SMI), Christian Healthcare Ministries, Liberty HealthShare, and Christian Medi-Share. Liberty HealthShare claims that this broader Christian adoption came after an Ohio community banded together and paid all the medical expenses of a pastor involved in a serious accident. HCSMs also cite scripture, particularly Galatians 6:2, which says, “Bear one another’s burdens, and so fulfill the law of Christ.” Christian Healthcare Ministries sums up nicely the basic qualifications shared by all four HCSMs: “To be CHM members, participating adults must be Christians living by biblical principles, including abstaining from the use of tobacco and the illegal use of drugs (1 Corinthians 6:19-20), following biblical teaching on the use of alcohol, and attending group worship regularly if health permits.

Although they share this basic Biblical foundation, the programs are unique in various ways. For instance, some have further, strict requirements, while others are bit more relaxed. For instance, SMI specifies that members must attend church three out of four weeks of the month, and their application requires their pastor’s verification. They must profess that God is the Father, the Son, and the Holy Ghost, that Jesus was resurrected and “now is seated in the heavens at the right hand of God,” and that “all people are born with a sinful nature” for which they must atone.

On the other end of spectrum, the Statement of Shared Beliefs required for membership in Liberty HealthShare emphasizes the concept of rights, stating, “We believe it is our fundamental right of conscience to direct our own healthcare, in consultation with physicians, family or other valued advisors, free from government dictates, restraints and oversight.” They don’t require a pastor’s verification or specify how often one must worship with others.

Samaritan also stands out in how it transfers money between members. Whereas the other HCSMs collect and redistribute money based on needs, SMI keeps a database of need and matches contributions to needs. They work on the premise that members pay their bills, and then request reimbursements from the program, so members get to use Health Savings Accounts and other pre-tax medical savings options. SMI then sends out a monthly newsletter to each member, requesting that they send money directly to another member in need. What seems at first glance like something of an inconvenience turns out to be one of their members most treasured features. As one man puts it in a video on the SMI website:

“It’s so much of a blessing to me to be able to know where my money is going every month…. It’s so much a blessing to me that I’m being told who to pray for. I’ve got prayer options as well as just the monetary needs being met. Every time we get the newsletter my wife will sit down with the children, and they pray for the prayer requests that are in there. That’s huge. It’s become part of the household. It’s not just well, here’s the insurance company, here’s the bill, here’s the check. There it goes. Samaritan Ministries is beyond that.”

And a member on the receiving end says, “I keep wanting to relive it. I don’t want to forget it…because it was such an awesome thing for my faith. I mean, I don’t want Pete to get sick again… But…, like I said before, my trust in God is so different now than it used to be.”

This personal touch is inspiring. But it’s also a particularly fitting example of objections to HCSMs more generally; they’re really bad at privacy. Considering that SMI covers things like bunions and hemorrhoids, it seems rife with possibilities for embarrassment as well. Yet, somewhat characteristically of HCSMs, their 44-page book of guidelines uses the word “privacy” only once: “Respect the Privacy of Other Members—While it is expected this information may be shared with family and prayer partners, please be sensitive: Do not post names or details on social media, blogs, or websites without permission, or in any other way misuse the information.”

Compounding the issue, members agree that any dispute “shall be settled by Biblically-based mediation and, if necessary, legally binding arbitration.” Aside from this, members agree not to sue. It’s also unclear whether HCSMs are bound by state privacy laws. For instance, in Tennessee, the Patient’s Privacy Protection Act is explicitly written to safeguard patients from having their physicians share their personal information.

However, those signing up for SMI know that their medical needs will be shared with other members. Most seem to believe that the value of the goodwill, prayers, and money shared between those of their faith far outweighs anything they stand to lose in lack of privacy. At the end of the day, members control what to keep private.

Another point of contention is the big one that the ACA targeted: pre-existing conditions. Molly Worthen, University of North Carolina history professor and New York Times contributor, says:

“The resemblance to apostolic Christianity is debatable: After all, Jesus’ healing ministry didn’t take pre-existing conditions into account, and the early church offered aid to nonbelievers. The real precursors are the mutual aid societies of the 19th and early 20th centuries. In their heyday, organizations like the Odd Fellows and the Loyal Order of Moose pooled fees to provide insurance for huge numbers of working-class Americans.”

This seems like a fair criticism. But it’s not inconsistent with the religious belief that God is the ultimate provider. SMI’s website says, “He is the only One Who has enough resources to meet every need. No human organization is large enough to do this—no company and no government. He gives some of His provision through human channels, but He is ultimately the only One we can trust.”

Of course, Worthen can and does still object that these “human channels” are too selective. “Cost-sharing ministries nurture one kind of community, but only by opting out of the broader obligations of society. To make the Affordable Care Act stick, and to make it work, means convincing more Americans that they are not just their brother’s keeper.”

But have anonymous government aid programs really helped people? Says Dr. Philip Eskew, “You can be your ‘brother’s keeper’ with your own time and money from across town because you actually know your brother.  You can’t be your ‘brother’s keeper’ from DC with taxpayer dollars—this is a recipe for fraud.” Interestingly, the Amish have expressed similar sentiments: “‘The Amish community is not in favor of government hand-outs’, ‘Amish prefer to take care of their own’, ‘Obamacare requires too much government involvement’, ‘The less government the better’.” People in these groups seem to agree that giving to faceless bureaucratic agencies, which inevitably siphon off large portions of taxpayer money, is just not the best way to take care of people in need. Forced, anonymous giving lacks the accountability and caring that relationships provide. More than anything, objections to HCSMs highlight what makes them good.

If the individual mandate did anything good, it was to open up so great a number of people to insurance alternatives. When the individual mandate goes away, the force causing the manic growth in HCSM membership goes away too. Yet, those who have discovered a loving, caring community and a relatively cheap means of hedging against disaster are not likely to leave it behind. We can only hope that laws will open up enough to allow mutual aid societies for an increasing variety of backgrounds and beliefs.

Jon Hersey studies issues in moral philosophy       at the University of Tennessee.