In the New Testament, John 5:1-9 relates a story of a man who had been an invalid of 38 years and had hoped to get his turn at the Bethesda healing pool.  The people believed that an Angel of the Lord periodically caused the water to stir and that only the first in the pool was cured, whatever the illness.  When Jesus arrived, the man complained, “I have no one to help me when the water is stirred . . . someone else goes down ahead of me.”  “Get up,” Jesus answered, “Take your mat and walk.”  The man was cured, and thus the Great Physician demonstrated His power to heal.  Although times have changed in the last 2100 years, this Biblical passage illustrates the degree of reverence many continue to hold out for the medical profession.

In the December 1944 issue of Coronet magazine, Arthur Gladsone Keeney, who had served in the Office of War Information during World War II, published “Dr. Lifesaver,” featuring two men who, in different ways, changed the course of world history.  The setting of Keeney’s story is in Scotland during the latter part of the 19th century.  A poor Scottish farmer named Fleming, while plowing his fields, heard a cry for help.  He dropped his tools, and ran in the direction of the screams.  At a nearby bog, the farmer found a terrified boy struggling to free himself from drowning in the black muck.  Risking his own safety, the farmer saved the boy from what would have been a slow and terrifying death and then sent him on his way.  On the following day, an “elegantly dressed nobleman” drove his horse drawn carriage to the home of the farmer and introduced himself as the boy’s father.  “I want to repay you,” he said.  “You saved my son’s life.”  The farmer declined the offer, “I cannot accept payment for doing what I considered my privilege and duty.”

At that moment, Fleming’s son, only a few years younger than the boy who had been saved, came to the door.  “Is that your son?” the nobleman asked.  “Yes,” the farmer proudly answered.  “I’ll make you a proposition,” the nobleman said, “Let me provide him with a good education, and if the lad is anything like his father, he will make all of us proud.”

According to Keeney, the farmer’s son, with the financial support of the nobleman, later graduated as a doctor of medicine from St. Mary’s Hospital Medical School in London.  In time, he became known throughout the world as Sir Alexander Fleming, who in 1928 discovered the miracle cure of the early 20th century—penicillin.  During World War II, the nobleman’s son was stricken in North Africa with a deadly form of pneumonia.  While on his way to England from Tehran, Iran after a strategy meeting with Franklin Roosevelt and Josef Stalin, the nobleman’s son was once again saved—this time by penicillin.  The name of the nobleman, the story goes, was Lord Randolph Churchill. And the name of the son?  Sir Winston Churchill.

If only Keeney’s tale, as charming as it is, were true: an act of kindness by a humble farmer to a grateful aristocratic nobleman who returns the favor.  In consequence, countless lives are saved by a medical discovery and nations are preserved by exemplary international leadership during a time of war.  Indeed, the Nobel Prize winning Alexander Fleming discovered penicillin in 1928, and the value of Churchill’s leadership during World War II cannot be overstated.  Each earned Knighthood for his achievements.  In truth, however, Fleming worked to pay his way through college, and Churchill, grievously ill, was treated with sulphanomide—mixed with a bit of whiskey or brandy.  Penicillin was not yet available in that section of the world.

Another captivating story, having local interest, is based in fact.  Over forty years ago a singer and songwriter penned a tune about a country doctor she so admired for treating her and her family in times of need—without any expectation of pay for his services.

Born in Pennsylvania in 1891, Robert Folly Thomas entered the ministry after college graduation, serving as a missionary in Penang, Malaysia for three years.  Upon his return, he borrowed $100 to marry Eva Spicer and then worked his way—digging potatoes—through medical school at Syracuse University.  After graduation, Dr. Thomas was assigned to the Pittman Center Methodist Mission in Tennessee—then a day long ride by car from Newport, and two days by wagon from Sevierville.  The mountain folks in the area, independent by nature, were suspicious of strangers and Dr. Thomas was no exception.  For example, when he visited one of the rural schools to vaccinate the students against smallpox, one of the boys protested, “If I let you shoot me, Pa says he will whoop me good” . . . and “Pa” probably would have “whooped” the good doctor too!  In time, however, Dr. Thomas earned the respect of those he served.  As the only physician in these vast mountains, he traveled by jeep, by horseback, or on foot to communities such as Cosby, Jones Cove, Webb’s Creek, Richardson Cove, and Caton’s Chapel.  He treated illnesses, delivered babies, and performed surgeries—almost always in the home of his patients.  The level of poverty in the area had to be shocking to the young Thomas family, and compensation for medical care was infrequent—often in the form of chickens, eggs, produce, hogs, and, on one occasion, a whole cow.  In addition to his daily duties as a physician, Dr. Thomas served on Sundays as pastor of the Pittman Center Circuit—establishing missions at Shields Mountain, Evans Chapel, and other remote communities.

On a cold, rainy day in January of 1946, Dr. Thomas traveled to the tiny mountain home of Lee and Avie Lee Parton on Locust Ridge, where he delivered a little girl named Dolly, the fourth of what eventually became a family of 12 children.  The Partons paid with a bag of cornmeal . . . .  In a song released in 1973, Dolly paid tribute to “Dr. Robert F. Thomas”—a “mighty, mighty man [who] enriched the lives of everyone that ever knew him . . . a man the Lord must have appointed to live among us mountain folks in eastern Tennessee.”  The chorus says more:

Dr. Thomas was a friend

A neighbor and a doctor

For all he had done

And I remember lots of times

But I don’t recall a time

He did not come

They say a man is judged

By the deeds he does while livin’

A judgment when he stands

And I know heaven holds a place

And I know that he’ll receive

Dr. Thomas died on Good Friday, April 4, 1980, at the age of 88.  Forced to officially retire by virtue of the Methodist mandatory retirement rule, Dr. Thomas continued to serve his profession.  As chaplain at Sevier County’s only hospital, he continued his mission by preaching the Gospel at churches throughout the area and providing medical service when needed.  By then a legendary figure in Sevier County, he is remembered for the broad smile upon his face, his stately countenance, and his dedication to provide spiritual comfort and medical care regardless of ability to pay.  Hundreds of years before the birth of Christ, Hippocrates advised physicians: “Cure sometimes, treat often, comfort always.” Dr. Thomas met the challenge.

In 1973, the owners of the Goldrush Junction theme park in Pigeon Forge built a chapel in honor of Dr. Thomas for their Sunday Services.  Ten years later, Dolly Parton became the chairwoman for the Dr. Robert F. Thomas Foundation, an organization which literally saved what was then known as the Sevier County Hospital.  In 1986, what had been Goldrush Junction became Dollywood.  The Thomas Chapel still holds Sunday Services.  Today, the Thomas Foundation continues its mission to provide medical care, not only for the people of Sevier County but also for its millions of visitors, in the spectacular LeConte Medical Center in Sevierville.  Dolly, of course, now has her own Foundation, and, when the late November wildfires in her Smokies finally subsided, the organization she created took center stage in relief efforts.  Thus, this “mighty man” who 71 years ago offered heath care to Evie Lee Parton in her time of need, is remembered and rewarded by a celebrity singer and songwriter who has never forgotten the people of her Smoky Mountain home….  And that is the truth.

Gary Wade is the dean of the Duncan School of Law and former Chief Justice of the Tennessee Supreme Court. 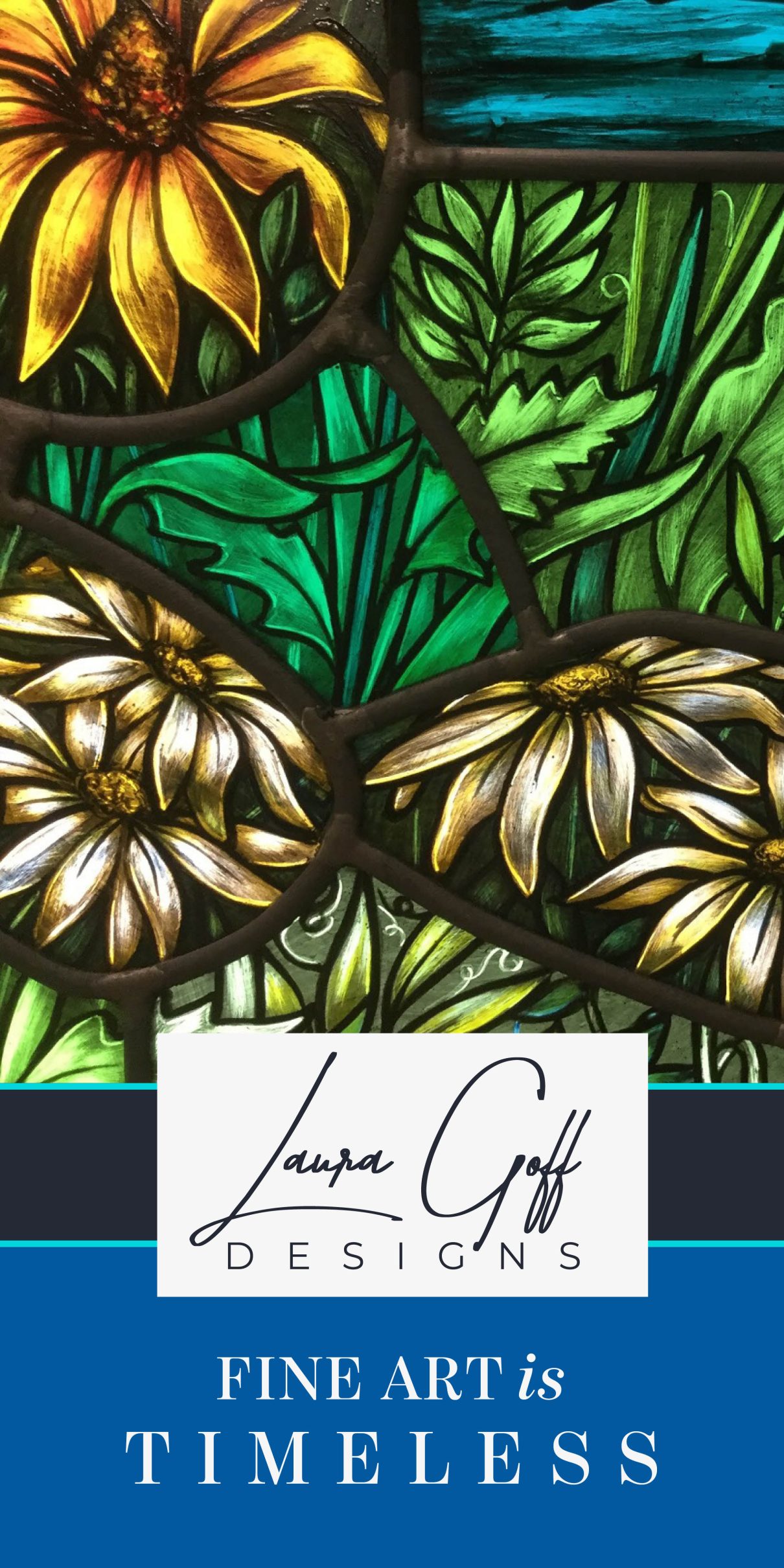