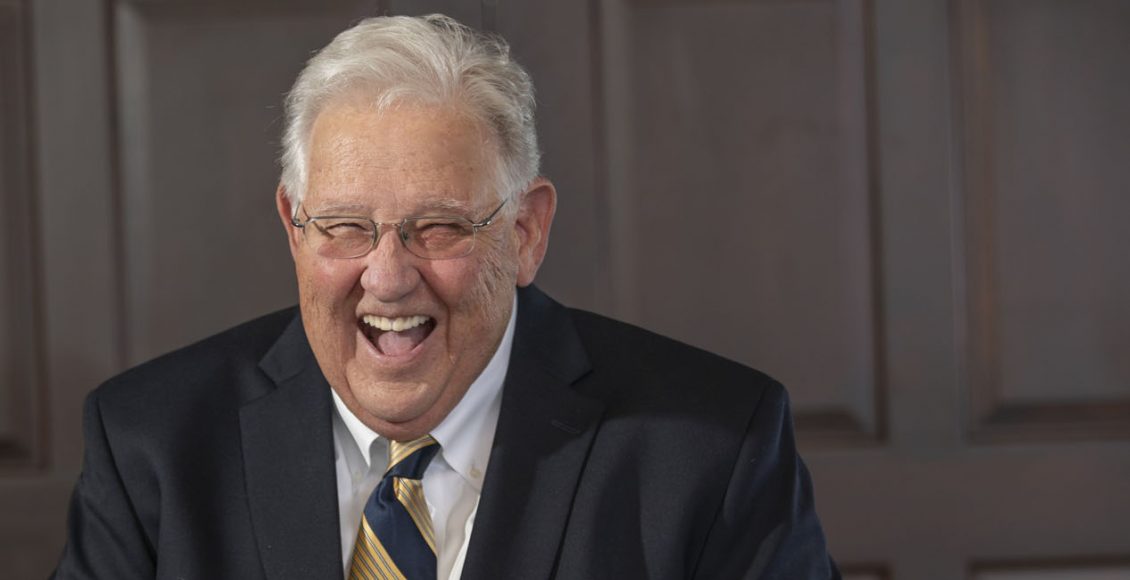 I rarely accept public speaking engagements. I used to speak to a lot of civic clubs, lawyer groups, and as an invited guest to address students at the UT College of Law, but I discontinued that practice a few years ago when I got into a little trouble with a West Knoxville garden club. The program director called to ask me if I would speak about a lawsuit I was handling that involved a lot of sexual issues. Apparently, the ladies wanted to hear more about “sex and the law.” When my wife asked about my subject, I was a little uncomfortable telling her about it so I simply explained that I would speak on “sailing.” We had recently taken two sailing lessons on our Florida vacation.

Well, the program went great and the ladies were amused to learn more about the law and matters of sex. All was well until one day my wife ran into one of the garden club members at Kroger. “Oh, Bob spoke to our garden club and made such an informative talk,” said the garden club lady. “Well,” my wife replied, “I don’t see how it could have been very informative. He doesn’t know anything about it. He only tried it twice. The first time he threw up. And the second time he lost his hat.”

That’s an old story I’ve enjoyed telling for years and only one of my cache of tales collected over many years of rubbing shoulders with some of the best legal jokesters anywhere. Knoxville has long been fertile ground for lawyers with big personalities and tall tales to tell. There have been many great storytellers in the Knoxville and area bar associations over the years. The late, great Joe Yancey comes to mind. Judge Houston Goddard of Maryville was a captivating teller of tall tales as was the “Terror of Tellico Plains,” Ray H. Jenkins. Here are a few stories that have survived the decades.

Erby Jenkins was the long-time law partner of Ray H. Jenkins, although they were not related. Erby used to tell the story of going with Ray to Roane County to try a small collection claim on behalf of an insurance company. The defendant did not show up and Ray and Erby sat for about an hour with the judge shooting the bull and waiting for the defendant to possibly arrive and answer the case. After an hour passed, the judge declared Ray and Erby the winners of the $263 claim by default and they retired to a local tavern where they over-consumed before returning to Knoxville. On the way out of Kingston on the return trip, Ray, the driver, was pulled over by the county sheriff. Ray was well known throughout East Tennessee, and the sheriff recognized him immediately, asking what he was doing in the county. “Oh,” Ray stated,“Erby and I have been down in court today trying a big case. It was one of the biggest cases we’ve ever had, and we’ve been celebrating our victory before returning home to Knoxville.” The sheriff was impressed, and Ray asked, “What’d you stop us for, Sheriff?” “Ray, I’ve stopped you for drinking,” the sheriff replied. “Sounds like a man after my own heart, Sheriff,” responded Ray, “Let’s get started.”

Ray Jenkins liked to meet new clients in the firm’s large library instead of his rather small personal office. One time he quoted a fee to an accused thief and the guy protested the amount of the fee and said, “Why, I could go to law school and learn how to win my case on my own for that kind of money.” Ray responded, “Yes, but do you see all of these law books? Well, they contain the one case that will win your trial in court, and I know which book that case is in and the page number.”

Joseph Yancey was a hail fellow well met. He could regularly be seen around the Knox County Courthouse going from lawyer gathering to gathering telling jokes and causing a general uproar. He loved visiting with the judges in their offices and exchanging law stories and jokes. I never saw Joe without a joke, and we exchanged them regularly. I was honored to speak at his funeral and declare that I had always given him credit when I told his jokes, but now that he was gone they belonged to me.

Joe was an excellent trial lawyer and tried many jury cases over his career. His partners recently reminded me that when Joe got backed into a corner and was pronouncing a point of law on which he had no case authority he would always cite the “Taborowski case.” His partners would chuckle because there was no such case, but it sounded authoritative when Joe would cite it in court. Citing this nonexistent case got him out of many hassles.

It was Joe who told me about the defendant charged with drunkenness and setting his bed on fire. At trial, he was asked how he would plead, and his lawyer announced that he pled guilty and not guilty. The judge asked for an explanation, and the lawyer said, “He pleads guilty to coming home drunk, but claims that the bed was on fire when he got in it.”

A lawyer said he represented a client charged with a crime against nature. The other lawyer said, “How will you plead?” He said, “Not guilty – it wasn’t against his nature.”

According to Judge Goddard, a juror sitting on a criminal case liked to have a five o’clock drink. The trial went on and the jury was recessed to consider their verdict at about five o’clock. In the jury room, the juror announced, “I don’t think they’ve got enough evidence, let’s turn him loose.” The other jurors protested whereupon the juror said, “Okay, let’s hang him.”

Years ago, Lacy West was the premier insurance defense lawyer in the Tri-Cities area. Lacy was quite a character and was once asked to defend a commercial airline after the plane crashed near Bristol, killing several passengers. It was a big case and Lacy was under a lot of pressure to win for the airline. After he lost the case, he was called by the president of the airline and asked what happened, whereupon Lacy said, “Well, your negligent pilot flew your defective plane into the side of the mountain and the jury found out about it.”

Some believe the secret to being a successful courtroom advocate is to be a good storyteller, and East Tennessee has a long tradition of lawyer storytellers. Joe Yancey, Judge Houston Goddard, Ray H. Jenkins, and Lacy West were just a few of the great courtroom communicators from this area.