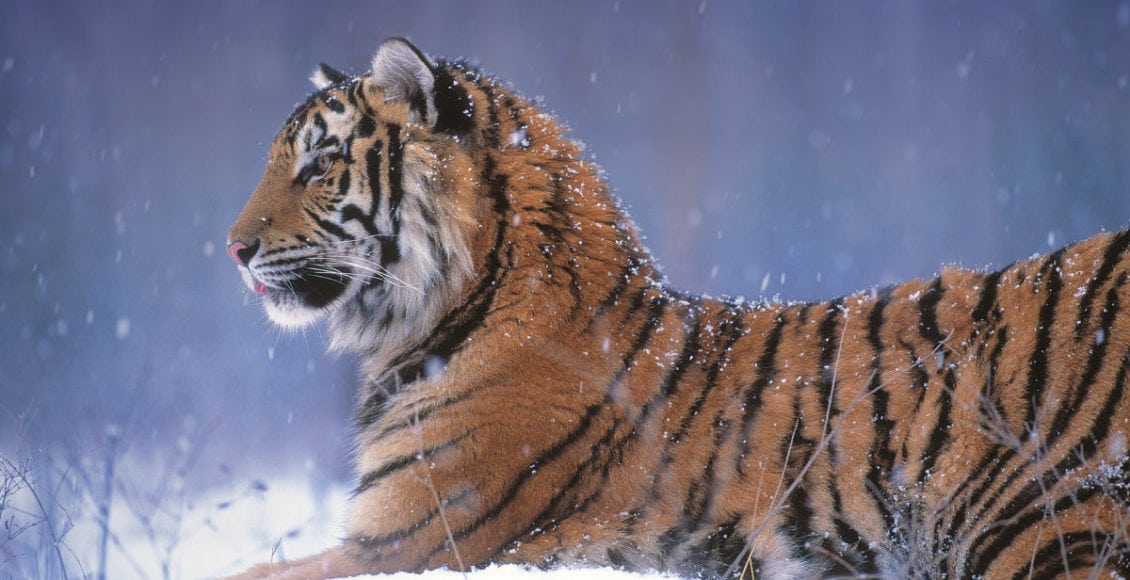 As with any art form, a photographer tells stories, explores ideas, and evokes emotion by knowing the rules well enough to bend them. Lines, angles, shadows, color, composition, light source, background—these all come into play. And the photographer has to have experience and imagination enough to know what to do at the very moment.

When the renowned photographer Ansel Adams captured his iconic photo “Moonrise, Hernandez, New Mexico,” he had mere minutes to set up his equipment, compose, and get the shot. In the early 40’s, he would have had to meter by hand the light after sunset. As he told the story, he couldn’t find his meter and thus calculated exposure using his knowledge of the luminance of the moon. He got it in one shot; prints of this photograph hang in museums and private collections across the country.

Today’s photographers have digital tools to work with, but the basic rules still apply. It takes an eye, practiced skill, and experience to produce pictures beyond what we can take with a smartphone. Here are four of Knoxville’s photographic artists, from across the professional spectrum, who produce the kind of powerful images we’re proud to highlight.

Where did photographer Jimmy Chiarella take his most beautiful pictures?

Was it in Montana 30 feet from a tiger? Or when he lived in England? Or later during his travels to Indonesia, Bali and Java? “It’s hard to say because they were at different times in my life,” Chiarella says.

Decades later, he has a vast collection of photographs of nature, people, buildings, and commercial products.

“The first camera I ever held was a 35mm Minolta,” he says. “I was in my 20s and stationed in England. I’d been involved with art since high school and it was an extension of that.

In 1974, after his time in the military, he found himself drawn to the business of photography.

“The art side seemed to come naturally,” he says. “Part of the scientific side is accurate color, being able to reproduce as closely as possible what you had imagined or thought you saw. You see that picture in your mind before you click the shutter. You try to bring that vision in your mind into something somebody else can visualize. It’s a matter of putting all your photographic knowledge to use.

“I started in Los Angeles and lived there 37 years. I came to Knoxville to slow the pace down. I’ve always

respected the truths, the attitudes, and the commitment to family that a true Southern gentleman makes,” and this is what we wanted for out son Joseph, who was nine at the time.”

He established JC Studios Photography and still works 40-plus hours a week as a commercial and architectural photographer. His extensive client list includes Nestle, Disney and Redkin.

“It’s always good to see your work in national publication, but mostly that’s done as part of a team. I think being part of a team is truly satisfying. I find myself looking at images to see how the creator got to that point and see if I can put my spin on what they’ve done.

“I like photographing almost everything. Ansel Adams is the one who said great pictures are not taken; they’re made. It holds true for commercial work, product photography, or anything else.”

When, in 1953 at the age of five, he picked up his mother’s Ansco box camera, nobody could have known that Don Dudenbostel would go on to receive the American Advertising Federation’s silver medal for lifetime achievement in photography and advertising. Or that the Professional Photographers of America, the largest professional photo association in the world, would present him with the title of Master Photographer in 1985.

“I still have a roll of film I shot with it,” he recalls about shooting with the Ansco camera one day at a park. “I made prints from it — photographs along the lake and of my family. I did pretty well for a kid five years old.

“My dad was a photo hobbyist,” he says. “I just loved watching him make prints. I received the first camera of my own on my seventh birthday, a little Brownie Star flash camera. I used to take that to school with me and take pictures.” When his junior high teacher needed a photographer for her son, she hired young Dudenbostel for his first paying job.

“Then I did kids in rock bands and got paid for that,” he says. “At West High School, I started photographing for the school paper, The West Wind. Then all through high school I did rock bands and got paid pretty well for that. There was a group here in Knoxville called Jay Jamie and the Soul Survivors. I did several shoots for them.”

He became the chief photographer for the University of Tennessee Daily Beacon, and also shot for the Associated Press, UPI, Esquire, and many other magazines and papers.

“I worked my way through school doing that,” he says. “I had a pretty good business going. When I got out of school, I apprenticed for Joe Jernigan. For the first year and a half, I worked for free, and then he started paying me.”

He was offered a job for Lavidge and Associates, the largest advertising agency in the South. He shot commercials and did print ads for companies like Shoney’s, Pilot, Life, DuPont and Krystal. He spent a short period at ORNL and then get an offer from Davis, Newman and Payne Advertising in Knoxville, where he ran the photo, TV, and motion picture department for nine years.

Then he launched Dudenbostel Photography in 1984 for corporate and industrial photography and has been in business for himself ever since. It was a decision he’s still glad he made. “I’m one of the fortunate few to work in a profession that I still love as much today as I did 50 years ago when I first started it.”

Nine years after Tracie Ancelet helped another photographer shoot a wedding, she is one of the most sought-after wedding photographers in town.

“Really, it was just a hobby,” says the mom of four. “Our youngest is adopted from Ethopia. Once we went to Africa, I realized I really love documenting life, taking pictures, capturing my children.

“My dad died when my oldest was 6 months old. He had a Canon, and I inherited his film camera. I bought my first digital Canon in February 2008. When my kids got tired of me taking their pictures, I started taking my camera to the park and taking pictures of friends’ kids. That summer I took a class at the University of Tennessee.

“In October of 2008, when my daughter was a flower girl in a wedding, the photographer was a friend of the bride and said, ‘Bring your camera and you can help me if you want.’ I loved it. I came alive. I realized this was what I was born to do. Since then I’ve probably shot 250 weddings. I’ve never advertised. It’s all word of mouth.” She has also won Cityview’s best female wedding photographer three years in a row.

What’s the secret to a good portrait?

“The secret to a great wedding photographs is relationships,” Ancelet says. “If you’re able to walk into a room and relate—I learn every single bridesmaid’s name and every single groomsman’s name—that’s huge.

“With a portrait, it’s all about lighting and emotion. My goal is classic and timeless, not traditional. I will get the poses your parents are going to want with you looking at the camera, but my goal is to capture emotion. Lots of times I say, ‘Don’t look at me.’ I love to play with light,” she says as she points to a picture in a photo book with the bride illuminated by a skylight.

“A little bit of wedding photography is also being able to corral a group of people. If someone is quiet, I don’t know how they go in and command. It’s almost like you’re a wedding planner and photographer because you’re keeping things on track.

“I’ve curled hair; I’ve put on countless veils; I’ve prayed with a bride because it was raining and everything had to be moved inside. When I go to work, I have to be emotionally and physically prepared because you don’t know what the day will hold. But it energizes me to be with people.

“I come home and look at my pictures from that day. It’s like Christmas — I want to see what I’ve got!”

Visit anceletphoto.com to see more of her work.

He was at the top of the retail world. Then chance offered him an opportunity he couldn’t turn down.

Bill Waldorf worked for years as a fashion catalog photographer for a $1.5-billion-dollar chain of stores based in Mobile, Alabama. He did photo shoots in places like Miami, New York, Chicago, Dallas, and Vancouver, eventually finding himself in a corporate office as senior vice president of marketing.

About eight years later—in 2000—he found himself in Knoxville, working in a similar role for Proffitt’s department store. But his heart wasn’t in the boardroom.

“My passion was photography, and I missed having my hands in the creative process and being behind the camera,” Waldorf recalls “I would spend my weekends going out and photographing the beautiful scenery of East Tennessee.”

“About 15 years ago I had the opportunity to photograph my niece’s wedding. I realized I enjoyed documenting moments and told my wife I would enjoy having my own studio specializing in wedding photography. I started my current studio, Waldorf Photographic Art, in 2006.”

His style is photojournalistic—capturing the authenticity of moments as they naturally unfold. In college, he studied painting and illustration as well as photography and that’s one of the things that sets his style apart.

“I’m inspired by some of the great classical painters such as Johannes Vermeer, a Dutch painter in the mid 16th century. I like to photograph with beautiful natural light. My intention is for my images to look like works of art. I really don’t’ like to spend time creating cliché images.”

“We are one of the few studios that does our printing in-house,” Waldorf says. “We print all of our own wedding albums. We use the same method that museums and art galleries use for art reproduction: giclée—high-end inkjet printing. The clarity, vibrance, and tonal range of detail is much higher than typical lab printing.”

Even though he had multiple opportunities to move to other retail positions out of state, Waldorf and his wife Tammy wanted to stay in East Tennessee. His son Grant, who has been part of the business for five years and is responsible for all the printing and serves as one of the principal photographers. They also have a daughter, Angela, who is a junior at the University of Tennessee.

Waldorf’s staff includes his Creative Director, Lindsay Noll, as well as other photographers who have been with him for over six years.

Visit waldorfphotographicart.com to see more of his craft.

These are only four artists representing a wide range of photographic talent in Knoxville. You can see some of the rest of them in our magazine: Bryan Allen, who tells intricate stories with his company PopFizz; Hobe Brunson, who excels at sports photography; Bruce McCamish, renowned for chronicling the Smoky Mountain wildfires; Bill Foster, who photographs Knoxville’s music scene. And the list goes on.

The Selfless Adventure of a Lifetime