2017’s recruiting class may be key to the Lady Vols’ success. 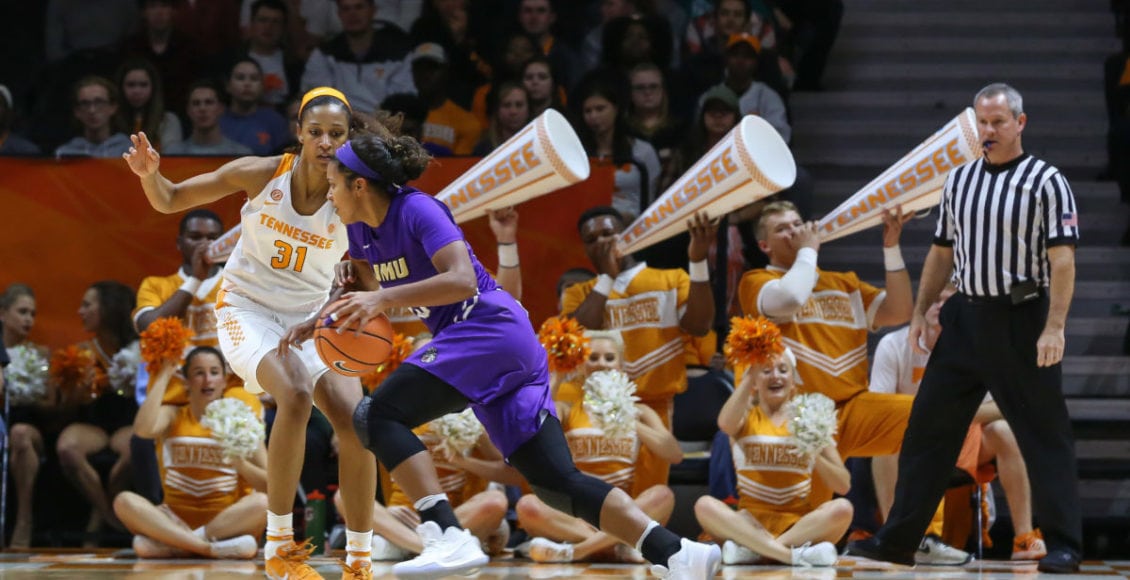 Trust is an intangible that doesn’t automatically happen, no matter the talent level.

Just because the University of Tennessee women’s basketball team brought in the nation’s No. 1 freshman class, there are no guarantees success will follow.

Of course, the early reports are heading in a positive direction.

A Cancun Challenge championship was the crowning early achievement for the Lady Vols as, in January, they head into the meatgrinder known as the Southeastern Conference season—where everyone plays with a chip on their shoulder.

“[I’ve learned] how much everyone has to trust each other on the court,” Westbrook said. “Defensively and offensively, we’ve come a long way. [Since the start of the school year], the bonding level and the trust level has grown immensely.

“It’s been eye-opening to me. You can’t measure it, you just feel it. If I was to leave my man [on defense], I trust my teammates to have my back. Our communication level has grown. Our intensity level has grown as a team.”

Westbrook, as a guard with the ball in her hands a lot, is a big part of that. So are 5-7 guard Anastasia Hayes, 6-2 swing player Rennia Davis, and 6-4 post Kasiyahna Kushituah. All four members of the heralded 2017 recruiting class will be vital components of the Lady Vols’ success story.

“All of them are going to help us some way throughout the year,” said UT coach Holly Warlick, in her sixth year at the helm after serving on Pat Summitt’s staff for 27 seasons. “They’re all going to have minutes this year.

“Chemistry is the biggest part of any basketball team. We’ve got great talent, but talent doesn’t always get you wins. You take kids who have been the center point of their team for the last four years, you’re asking them to come in and be a part of something special. “Our returning players welcomed them with open arms. Our returners don’t want to do it all by themselves. The freshmen understand the upper classmen genuinely care for them and want to prepare them for what’s to come.”

Warlick used a history lesson to help explain the tenuousness of any situation involving an elite class. In 2008, the Lady Vols landed the country’s No. 1 class—Glory Johnson, Amber Gray, Shekinna Stricklen, Alicia Manning, Alyssia Brewer and Brianna Bass—but never had a national title to show for the impressive harvest.

“We had a lot of kids who were laid back [in that class],” Warlick said. “[Ten] years later, you look at the talent, but you also look at: How hard do they play? Will they fit into what we need?

So far, so good. Mission accomplished—at least for now.

The star-studded rookies have coalesced with seniors Mercedes Russell (6-6) and Jaime Nared (6-2), along with the other veterans, to form a unique blend that has shown signs of being impressive.

“The upperclassmen have drilled it into our head that every practice has to be intense,” Westbrook said. “If not, we’re wasting time.”

Hayes, who has gone out of her comfort zone while developing her vocal presence among the veteran players, had a benchmark moment in Mexico. She missed four late free throws and had eight turnovers in regulation against 19th-ranked Marquette. Then she hit five quick points in the overtime, and led the Lady Vols to victory.

“It was my time to step up,” Hayes said. “I grew up a lot in that game.
I gained a lot of confidence.

“I hate losing. I kept that mindset even when I was struggling. I learned to trust everyone on the floor.”

Trust is just part of the equation.
A big part.