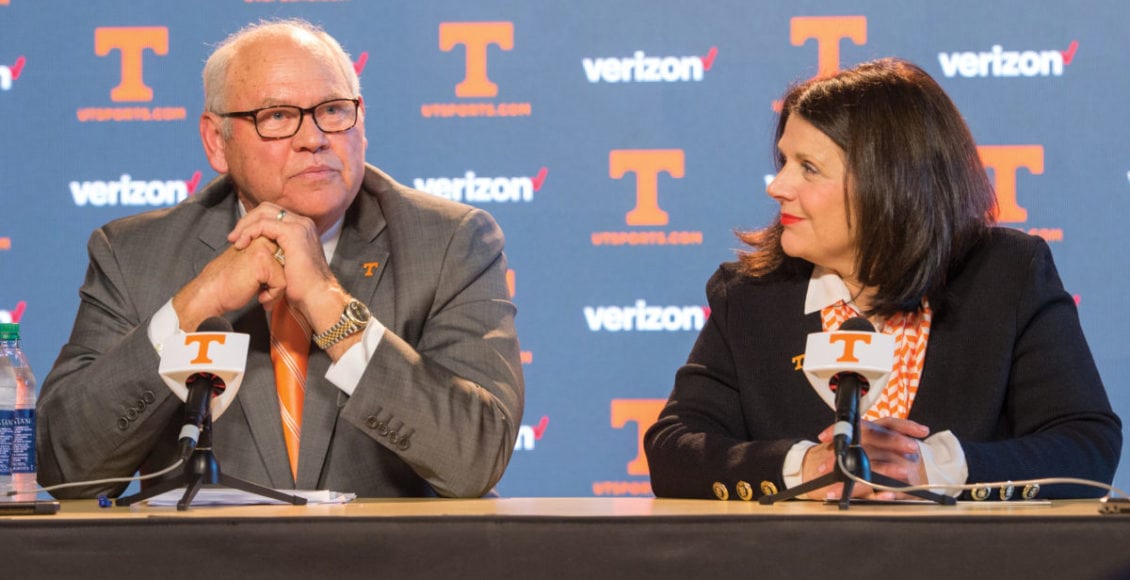 On the cover of our September/October issue, we featured Phillip Fulmer in his new role as Special Advisor to University of Tennessee President Joe DiPietro. We were glad to have him back in an official role at UT.

In our interview, when we asked if he had one particular thing he wanted to accomplish in his new role, he responded, “Yes, to be a unifier.” And that is how we presented him on our cover. Just two months later, UT-Knoxville Chancellor Beverly Davenport named Fulmer as UT’s new Athletic Director, giving him the opportunity to bring unity to an athletic program that has struggled with its own identity of late.

In a widely-hailed choice, he made his first move by selecting Alabama defensive coordinator Jeremy Pruitt as UT’s new head football coach.

We can’t think of a better choice for Athletic Director, and are looking forward to his leadership as we head into the new year and seasons beyond.

Phillip Fulmer has appeared four times on our cover. We are grateful for his generosity over the years. We consider him a friend, and encourage you to read our most recent interview with him, available online.

The Language of Love

That Accident Just Cost You!