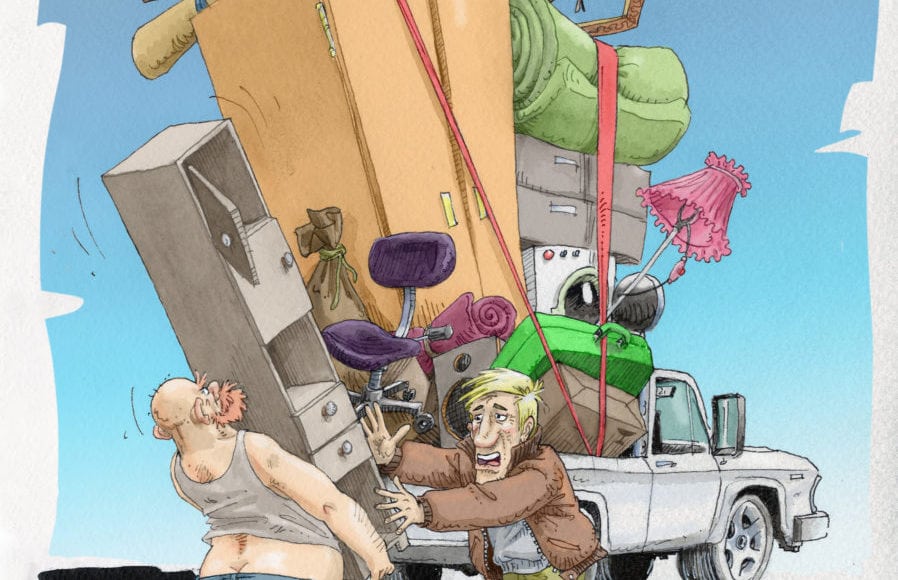 Over the summer, I fulfilled one of my dreams and bought a pickup truck, a beauty with a V-8, extended bed and liner, tie downs, assist steps—all the bells and whistles. Thing is, not two days after I took her home, my phone blew up with friends, family, acquaintances, and co-workers asking me to help move things or, worse, borrow my truck. I’m guessing you own a truck—how do you cope?

Yes, the Knoxonomist has owned a truck in some form or other since high school when he got his license. It was his first purchase: a used 1970’s era Datsun 620 in mustard yellow. Not what he wanted—all the FFA guys had Ford F-150’s—but what he could afford as a bag boy at the Winn-Dixie.

That truck took the Knoxonomist through his college years and into his mid 20’s when he got a paying job and determined that what had become a rust bucket was not an acceptable mode of transportation for an aspiring entrepreneur. He then purchased a lightly used four-wheel drive truck with an 8,000 lb. winch on the front bumper.

All of this to say that you may not yet have run into the worst of truck ownership. Though it snows here less than it used to, winters can get icy and the local drivers often find themselves in ditches. On such nights, you will get phone calls. Nevertheless, if you don’t have a winch, get one installed. With a truck like you describe, you’ll be pulling your own rear out of something at some point.

In one of the record snowfalls of the mid-90s, the Knoxonomist found himself in just such a situation on Morganton road, halfway between Foothills Mall and Greenback. Power had been out for the better part of a week, and he was growing short on staples.

Somewhere near the turnoff to Walker Road, across from a small farm where a fellow still plowed with a mule, a hatchback had gone off the road and into a ditch. It was piloted by a brave but misguided young woman, with wild curly hair and wearing overalls and a Carhartt. In search of kerosene, she had driven herself and her three dogs off the track.

Heroically, the Knoxonomist pulled her car to a safer spot, loaded her into the passenger seat and the dogs and kerosene cans into the back, and motored off toward one of the mom-and-pop filling stations and groceries that used to dot the Blount Co. countryside.

And thus he met Mrs. K, to whom he has been married to this day. They used that truck to move four times, and the Knoxonomist himself moved countless friends and friends-of-friends all over the five-county area in the following years.

By purchasing a truck, you have made a commitment to your fellow man. There’s no getting around it. If you don’t like the situation, your two options are to adopt a tone with your family and friends—which is unwise—or sell your truck.

But it does have its advantages. The Knoxonomist family still owns that pickup, though it stays on the back 40. Both it and the marriage are still going strong.