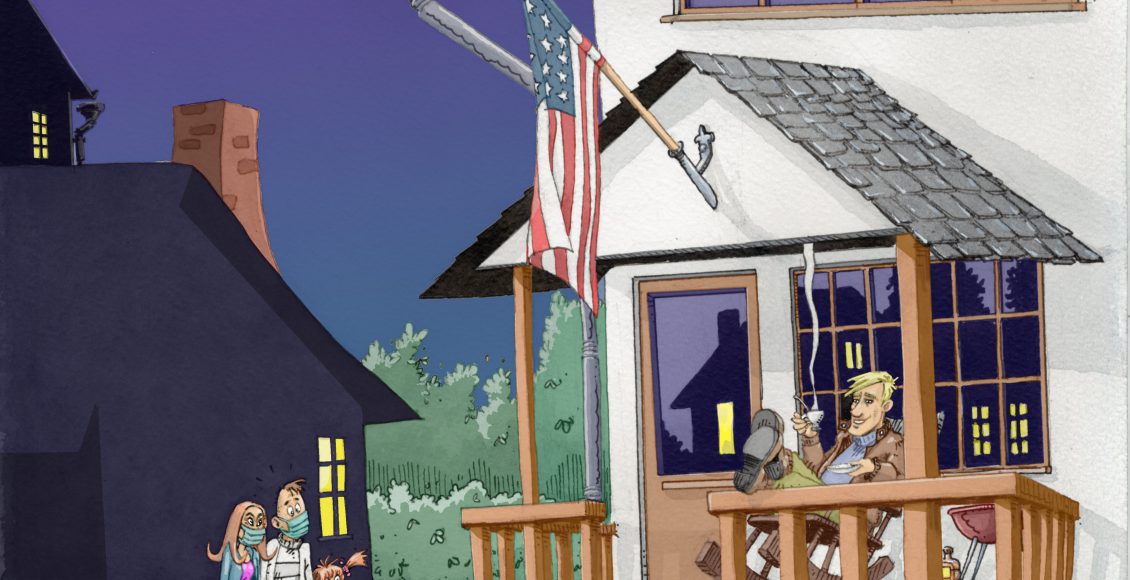 “I feel like the pandemic has changed my social life forever. Do you think we’ll ever get back to normal?”

The Knoxonomist recommends you stop whining about what was and find way to enjoy what is. Porchin’ at sunset, for example, is one of the Knoxonomist’s favorite things to do. The porch is not only a good place to gain some perspective but the perfect place to offer one’s opinion to the neighbors. The Knoxonomist normally limits porch talk to what most might consider manly topics, like fishing or craft beer, but in this case it seems reasonable to make an exception and try to help you cope with your seeming distaste for social distancing.

The Knoxonomist has realized a few of the changes we’ve experienced might be for the better. There’s time to work in the garden. It’s good to grow your own vegetables. Sure they take a little while to grow, but it seems like it’s still going to be faster than some of these grocery delivery services! And while you are at it you can catch up on all those projects around the house and take some time to go fishing.

Now the Knoxonomist never was much for gym-style exercise but does realize the importance of taking care of oneself. When this whole pandemic started, people started jogging by the house. The Knoxonomist isn’t really a conspiracy theorist but wondered what they were running from until he realized this was the new normal for exercise. The last time the Knoxonomist recalls running was when that angry racoon chased him in the garage in the middle of the night. That certainly got the heart rate up.

The neighbors seem friendlier than ever, another good part of the new normal. They may talk from the end of the driveway, but they do stop. One even brought flowers! It made the Knoxonomist feel like the 1985 Prom King he never was (but maybe should have been because he wore a heckuva nice bowtie).

The Knoxonomist also doesn’t understand all the panic about toilet paper. Why, he remembers grandpa talking about the Sears catalog and corn cobs in the outhouse before there even was such a thing. If the worst thing people have to deal with is a shortage of paper in the loo, well, they really don’t have anything to worry about at all.

5 Gifts for a Quarantined Mom This Mother’s Day