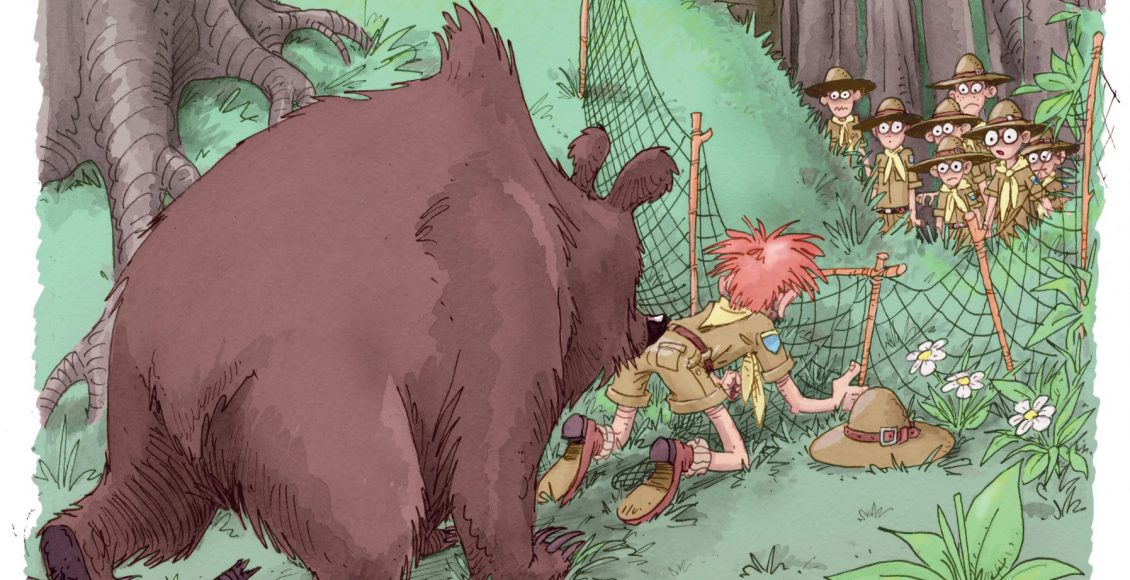 My wife’s brother recently took me snipe hunting on a camping trip. I was unable to catch one and need advice. I am from New England and want to be accepted by my new family here in the South, but was confused at having to wear a blindfold so I wouldn’t know where their favorite hunting spots were.”—Scott V.

The Knoxonomist remembers his first snipe hunt as if it were yesterday. As a Boy Scout the Knoxonomist learned many things about the wilds of East Tennessee and the rites of passage sometimes required to be a full-fledged scout.

The Knoxonomist’s first hunt was on a damp cold cloudy night, and the other scouts insisted the Knoxonomist would be the best darn snipe hunter ever. They also said that, like you, I would have be masked as to not disclose the location of the critter’s lair to those not properly initiated.

The Knoxonomist recalls walking for some time before the mask was removed and then being given a burlap sack to catch the snipe. The other scouts would go about with flashlights and scare the snipe towards the sack. The Knoxonomist was instructed on how to hold the bag and told to be absolutely still. The other scouts cawed and clucked and ran about in the woods, and often the Knoxonomist would hear the others call out ‘here comes one’, and then he could hear the sounds of laughter and wondered what about this strange little snipe was so darn funny.

The kind of snipe hunt you were part of was nothing more than an elaborate prank to see how you would respond. The real snipe is an elusive bird that flies in a zig zag manner, making it difficult to shoot; thus arose the term sniper for those who were able to successfully bag the prey.

The Knoxonomist, being quite the marksman himself, has from time to time resorted to bagging a few of the little fellows to avoid coming home empty handed from a good duck hunt for fear the missus would think he wasn’t hunting at all.

The Knoxonomist recommends playing along and letting them have their laugh, all the while waiting for your opportunity to repay the debt. Snipe-on and keep an eye out for those wild bears.