The Power of Positivity

One minute she’s bopping her head to Drake, the next she’s swaying her hips to Tennessee Whiskey. If you ask her to do one more rep, she’ll happily oblige. If there is one outstanding trait of Emily Andzulis, it’s that her positivity never quits—and neither does she. Hailing from Powell, Tennessee, Andzulis recently achieved the status of first female Titan on NBC’s new competition show The Titan Games, hosted by Dwayne “The Rock” Johnson. She sat down with Cait McMahan for Cityview to discuss her experience and how she accomplished it.

Cait: You have been nicknamed ‘The Pitbull.’ Why?
Emily: I am very small and very muscular. When I was a white belt starting off, I was easily underestimated by bigger guys. Once I learned what a choke was, I was like ‘this is how I’m going to get people.’ There’s a way to be sneaky about it. There have been times when I choked some people out because they underestimated my choke. From a white belt on I was known as The Pitbull.

Cait: You’ve been doing martial arts since you were 5 years old. It takes a lot of discipline for that. What about that type of discipline intrigued you
Emily: My parents put me in at 5 years old. It just looked fun to go. I think the first day I beat up a little boy. It was just meant to be. But to continue it as a young martial artist and wanting to continue all the way up through adult hood is really rare.

Cait: You are also an MMA fighter. Tell me how you got into that.
Emily: I wanted to escalate my training so I started with taekwondo then Brazilian jiu-jitsu. I did that for years. Then when I went to Shield Systems here in Knoxville I was like ‘I want to get in the cage,’ because I felt like that was the next step to my training.

Cait: When did you decide that you wanted to bean MMA fighter’?
Emily: Actually, not too long ago. It’s one thing to train your whole life and it’s one thing to actually do something with it. I just wanted to see how I would do. 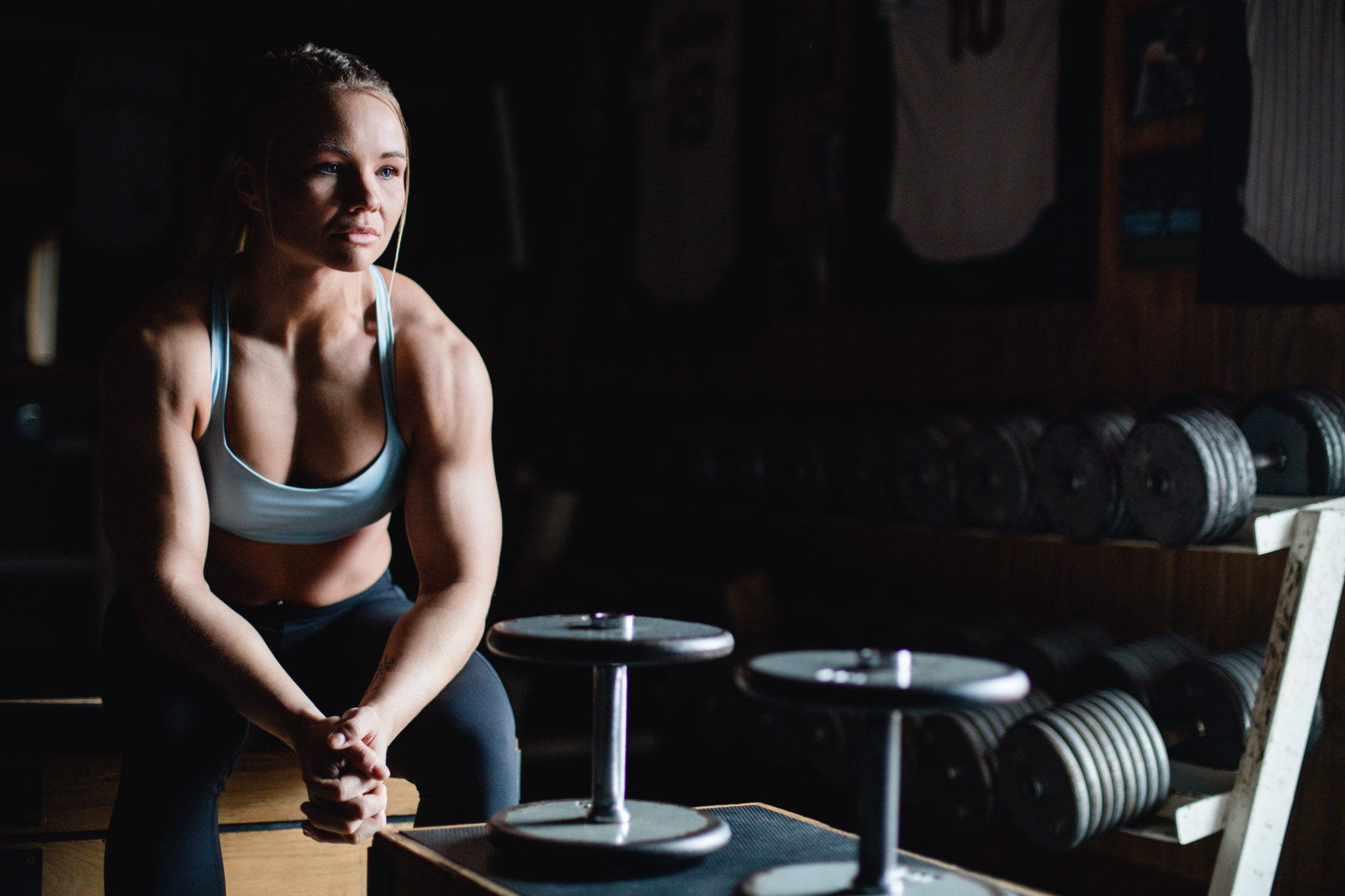 Cait: When you heard The Titan Games were coming out, did you see it on the internet? Walk us through how that came about.
Emily: I was watching Jimmy Fallon actually, and The Rock was on there talking about it. My sister and I were messing around and thought that would be so cool to meet The Rock. He just said fill out an application and try for it, so I did.

Cait: What was your first impression when you met Dwayne ‘The Rock’ Johnson?
Emily: Of course, I was super nervous but within the first second of talking to him he was so nice and so down to earth.

Cait: Great guy, I’ve met him myself. People think that everything happens in the gym, such as working out and cardio. But as an athlete myself, I know that everything happens in the kitchen. Can you walk us through what you eat and what you like to stay away from?
Emily: I don’t drink. I feel like alcohol just completely dehydrates you and really takes a toll on cardio. I just eat clean; I don’t follow a certain plan or anything. Whatever helps my performance because I know if I have a crappy day it’s usually because of what I ate.

Cait: How long were you able to prepare for The Titan Games once you knew you were on the show?
Emily: Not long. Maybe over a month.

Cait: During your training process before The Titans Games and MMA, has there ever been a moment in your career where you thought you couldn’t do it?
Emily: Like you said before, you have to work and pay the bills; life gets thrown at you. You’re trying to do all of these different things. You go through struggles just like anybody else. I think what separates you is embracing the bad days and trying to move on.

Cait: Character strength. That is awesome. So, you are from Powell, Tennessee. Tell us about the gym you work out at. How did you meet THE Charlie Petrone? Great guy, man.
Emily: I’ve known Charlie for 8 years now. I work at Pure Luxe Salon and Spa, and he comes there all the time and we just had an awesome relationship. He works me so hard and challenges me. I needed help with speed and agility so I went to him.

Cait: You’ve got a great team behind you, including Charlie. Can you give us a couple other people who have influenced how great you are today?
Emily: To get ready for my fight and jiu-jitsu, Ben Harrison, Amy Coleman, and Matt Coleman. When I came to Shields, on my first day I got hook punched and I was like ‘Whoa! What is this?!” I have never been challenged in martial arts like I have been there. I also have a boxing coach, Ben Foust, who has a heart of gold and he’s one of those old-school Rocky-type coaches. He’s a great guy. I’m grateful that I have all of these people to lean on. You become super grateful once you start getting out there and trying new things. It’s pretty emotional.

Cait: Definitely. I fell in love with you right when you walked in the door because I can tell you’re a down-to-earth girl. One of the things about the show that I loved is that you had your sister on the sidelines cheering for you. Tell me how that made you feel.
Emily: Crazy thing that I don’t think anybody knows is that she actually surprised me. Because Los Angeles is so far from here, I wasn’t expecting my family to come out. To have her there, because she’s been through so much, to witness it was awesome.

Cait: During the Herculean pull, girl you had me throwing stuff at the TV. One of the things that stuck with me is Dwayne Johnson said ‘she’s digging deep.’ Can you tell me what was going through your mind?
Emily: There was a moment when I thought I lost it. Honestly, it was flashbacks to things that I failed at before, things that haven’t worked out…it was just a weird moment. I just took a moment and paused. I just held on and I thought ‘no, absolutely not.’ I remember holding on and thinking ‘this is not over.’ And that’s when you saw me pulling like crazy. They didn’t show the whole thing, but I was up there for about 5 minutes playing tug of war.

Cait: He also said whoever wins this wanted it more. After you pulled it through, what were your thoughts?
Emily: I was thinking about all of the competitions I’ve lost and the cage fight last year that I didn’t win. Losing sucks—but that’s when you learn. But to win something, it does so much for someone just to be able to win something that you worked hard at. To win that, it was probably one of the greatest moments of my life. 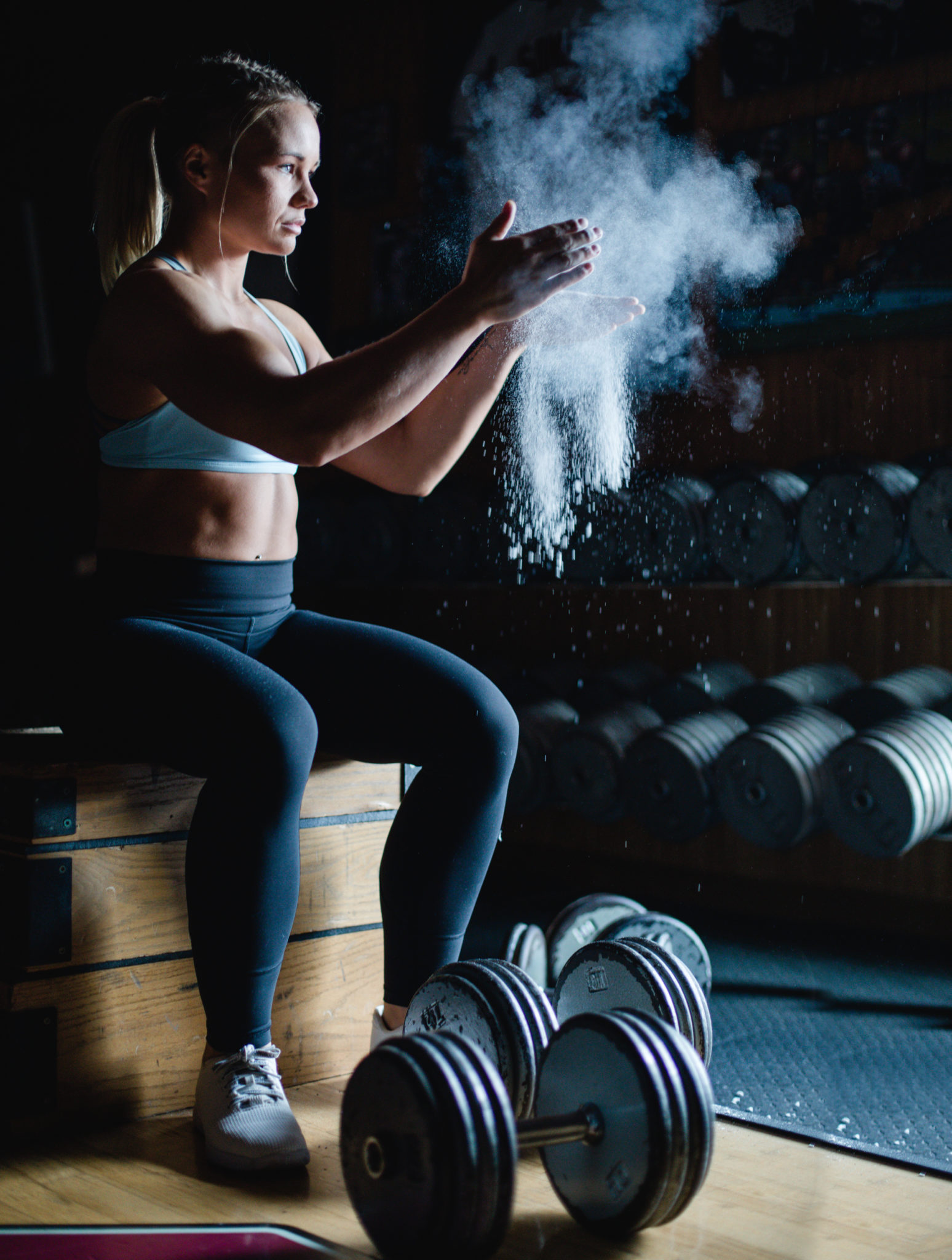 Cait: We’re all so proud of you here back home. Can you tell us what’s on your agenda in the future? You’ve won The Titan Games and you’re still bossing.
Emily: There’s a lot brewing right now. Just keep an eye on me because I feel like there’s a lot of stuff. Not sure what direction yet, but some good stuff.

Cait: There are a lot of people around the world that have fallen in love with your story. I feel like you’re the comeback kid. What would you tell a little girl watching this interview that feels like giving up?
Emily: Gosh, because I’ve given up before. When life hits you hard and you don’t want to keep going, that’s the greatest comeback. For young girls, even teenage girls, that’s probably the hardest time of life. Just working through it, staying consistent, and not giving up. It’s all worth it in the end, trust me.

The Return of Metro Government