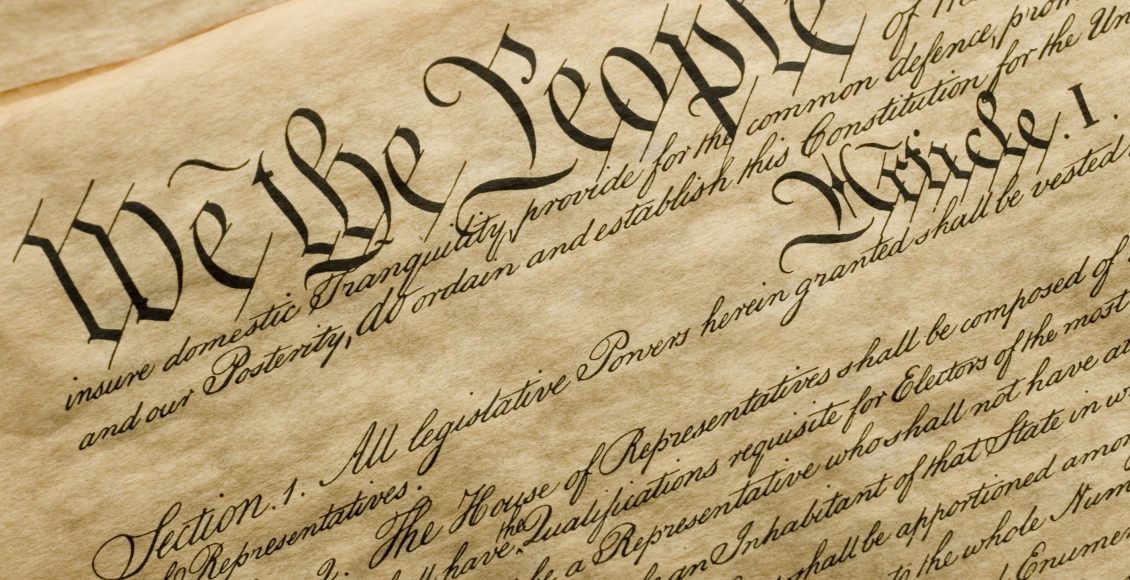 This is a copy of the cover of the U.S. Constitution.
Share

On September 17, 1787, the delegates to the Constitutional Convention met for the last time to sign the document they had created.

They outline the powers of Congress, the President and Executive Branch, the Judicial Branch, the relationship between the states, the process of adding amendments, and the oath that representatives must pledge to it.

4. There are 27 Amendments to the Constitution.

The first ten, the Bill of Rights, were ratified in 1791.

It reads: No law, varying the compensation for the services of the Senators and Representatives, shall take effect, until an election of representatives shall have intervened.