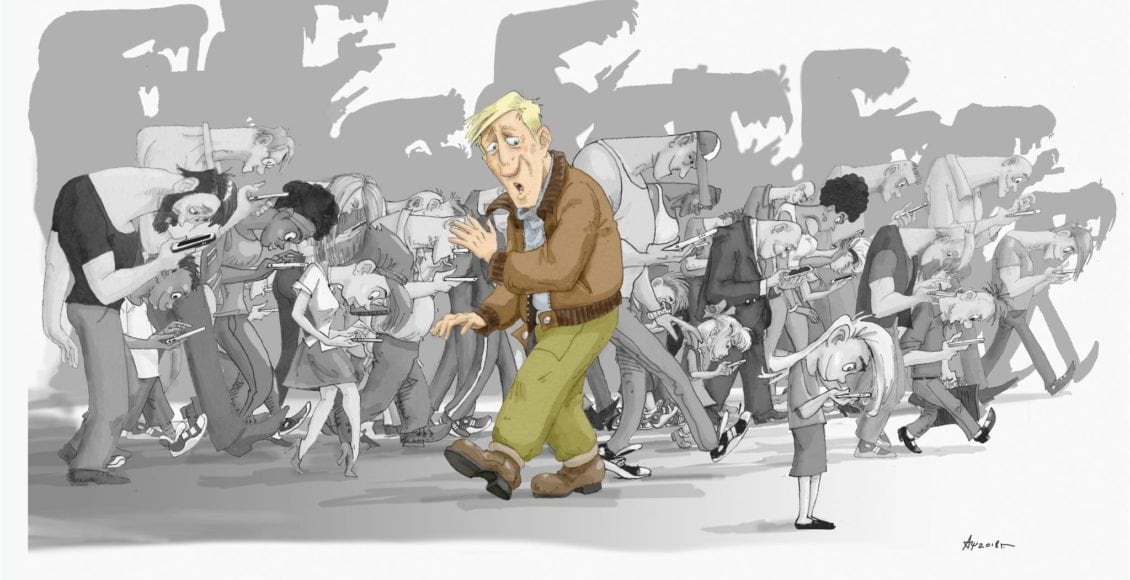 Much as beauty is in the eye of the beholder, the smartness of smartphones is in the mind of the user. “Smart” implies some decision-making ability. It might be able to recognize your thumbprint or face, and it can show you where a restaurant is, and it can even give you some pretty unreliable reviews. But it can’t tell you if it’s a place to take your cousin Shelly, the one from Scranton with the bizarre diet.

No, Celia, smartphones aren’t smart. They aren’t even in the same county as smart. As you walk about our fair city, make sure to watch for the distinction between the engaged faces of those looking up and talking to real people, and the lowered foreheads of the electronically distracted, their faces glowing with the shiny but simpleminded digital landscape.

It isn’t as though we haven’t noticed what the things are doing to us. There are now apps to get you to stop playing with your phone. Seriously, you can moderate your phone usage with your phone. Does this sound like something for an enlightened people in a democracy?

In the early 2000’s, for the first time the Knoxonomist used a cell phone as a way to locate someone he was meeting at Sundown in the City. It seemed remarkably effective: simply wait for the phone call and get info on where to meet. Trouble is, it required the Knoxonomist to be carrying the thing and have the ringer on. Today’s phones demand even more attention. To meet up with a friend these days, the likelihood is that you won’t get a phone call but rather a text, perhaps with a map attached. Or a social media message showing you precisely where the other person is. This requires that you pay attention to the device lest you miss out on a potential face-to-face human interaction. Let that irony sink in.

When the Knoxonomist was a younger man, in the era before cellphones, he and his friends would make plans to meet at a certain time and place. It wasn’t difficult. It required communication and planning: two fine skills that remain helpful in day-to-day life.

The risk of course, is in continuing to see the phone as smart by buying into the hype.  The smartphone is only smart if we give ourselves permission to see it that way. We could begin by calling them what they are. They are tools. When we imbue them with manufactured “smarts,” they become little more than attention-craving pet rocks.

Does the Knoxonomist have a smartphone? Of course he does. Does he allow any app access when he isn’t specifically using it? No. Does he regularly profess his intentions to return to a flip phone? Yes. He also has a post-it note taped over the camera on his laptop.