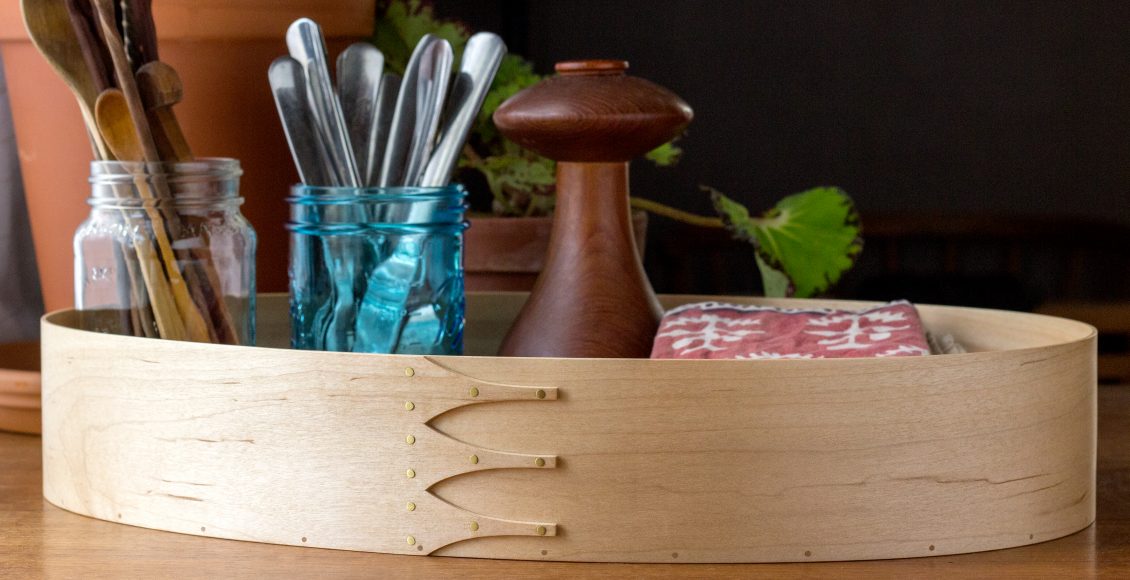 Putting a home together in a way that’s personal and interesting requires more than a trip to a big-box store. Though that may be a good place to start, its merchandise can’t convey your interests, your past, your heritage, or where you live. Those aspects of your living space come from things passed down or gathered because they bring back memories or express an interest or, to borrow Marie Kondo’s lingo, because they spark joy.

One path to adding those personal touches is by accessing East Tennessee’s makers. A relatively new term in Knoxville’s vernacular, makers are the people who craft and build and create, everything from personalized wood signs to custom cabinetry. There are hundreds of makers in the area, and Knoxville has received nationwide recognition for being a place where makers gather. The city was designated The Maker City about four years ago by the folks at Etsy, the online place for makers. So they ought to know.

Following is a small sample of the makers available to make your home your own. But there are others you’ll want to know as well. And the best place to find them is at themakercity.org. A project of the Knoxville Entrepreneur Center, the website includes a directory of local makers.

You won’t find Holly White’s hand-painted signs in big box stores. The messages she stencils on wood tend to be very specific to her customers.

They might record the name of a newborn along with his height, weight and birthdate. They might duplicate Aunt Wilma’s Mexican Style Cornbread recipe. Or mark the date of a house purchase.

White was a high school teacher for eight years before the birth of her daughter in 2014. After taking a year off, she started looking for something to do. She made her first sign based on a tutorial she found on Pinterest, and it wasn’t long before her friends encouraged her to sell on Facebook. Hollywood in Knoxville was born. She also has operated an Etsy shop, etsy.com/shop/HollywoodInKnoxville, for the past two and a half years.

White uses latex paint and a variety of stains on her wooden signs, which are mostly made from birch. She learns as she goes: “A lot of what I’ve done is trial and error.”

Now with two young children, White is a third-generation crafter. Her mother and grandmother were seamstresses, and, while she didn’t inherit the sewing gene, she believes she’s following in their footsteps. “I feel like I’m doing what they would want me to do.”

Woodworking: From boxes to a book

Daniel Clay got his start in woodworking learning to build boats in coastal Maine.

Though he had no prior experience, he was accepted for an apprenticeship at the boat shop and moved from Atlanta to complete it. Upon his return he got into video production, and woodworking became his weekend hobby. Limited by the size of his apartment, he began building wooden Shaker boxes, and Saturday Box Company was born.

About four years ago some personal connections brought him to Knoxville and eventually he met the tradesmen with whom he now shares workspace at Able Trade, a shop located in the Old City. He sells his original designs online at https://saturdayboxcompany.com/ and also does custom work ranging from coffee tables to screen doors.

“I have a patchwork sense of style and design,” he said. “I like solid-wood construction and traditional joinery, but I like modern design too. I like the minimalist mid-century modern look and I have an affinity for Japanese design. And Shaker furniture shares a lot of the same aesthetic.”

Clay also has learned — and now teaches — chip carving, a decorative art with roots in Scandinavia. An article he wrote for Fine Woodworking magazine led to a contract with a Nashville publisher to write a book about chip carving. He expects it to be out sometime next year.

At the moment Melissa Everett is making tons of face masks, she says, but her favorite thing to make is quilts.

She took up the craft after the birth of her son in 2012. Having left her career in food service, she needed an outlet for her creativity and taught herself to quilt. As time went by, her art evolved, and she started designing her fabrics, painting or dyeing them to use in her work.

“I wanted more of my own voice in the quilts,” she said. “I would spend hours looking at fabrics by other designers, and I wanted something more specific. I wanted to do my own thing.”

Everett is a member of the Knoxville chapter of the Modern Quilt Guild and likes the bold, graphic aesthetic that it represents. “A lot of people say it has a mid-century modern look.”

She accepts commissions on quilts using the color palettes her customers prefer. She also makes hand-dyed or painted napkins and tea towels.

Her work goes by MNE Textiles and is sold locally at Mid-Mod Collective and 214 Magnolia. She also sells on her website—melissaneverett.com.

Dan Duncan was a wandering Volkswagen mechanic in the 1970s — “When I got down to $10 in my pocket I’d look for work,” he said —  when a friend of a friend in Spokane, Wash., offered to get him started in woodworking. “I’d done some as a kid and thought I’d love to do it again.”

That start evolved into a successful career as a cabinetmaker in Knoxville, where he came to help his sister with some home repairs. He opened his own shop here in 1982 and initially made roll-top desks and then moved into furniture and custom cabinetry. His one-man business is now located behind his home in North Knox County. His website is http://danielfduncan.com/.

“I design mostly kitchen cabinets working with the customers, who are usually people who like to cook, so it’s got to be practical first,” he said. “Most of my stuff is traditional, and I use the wood the customer wants, sometimes cherry, sometimes maple; it goes in waves.”

Duncan says his work is a pleasure because of the customers he meets. He’s enjoyed being a tradesman and thinks more young people should get involved. “There are fewer people doing this kind of work; you can get a job in the trades paying well.”

An avid cyclist, Duncan regularly rides 50 miles around East Tennessee on weekends. His last long-distance trip was from Knoxville to Niagara Falls and then Syracuse in 2018. “I don’t have anything planned while this pandemic is going on, but maybe sometime soon.”